The best concrete I've ever seen

Held every September, buildings of architectural importance in London open their doors to the public. It's been running since 1998 (might be '99) and every single year I've missed it. Weddings, birthdays, family holidays, every single damn year I've missed it. I've just discovered that I'm going to miss this year's because of a conference. I can't believe it. It can't go on for ever...

To make up for it (in some small way) I went on an architectural tour organised by the same people, yesterday. The tour centred around London's Docklands.

To be honest it wasn't that great. I hate slagging people like this off because it's all run by volunteers etc etc, but still, from a critical point of view it wasn't great. I can think of worst ways to spend a Saturday morning, but it was a tad lightweight for £18. Moan over.

We met at the The Building Centre next to Imagination in Store Street.

Not really sure what The Building Centre is all about but they had a great model of London. 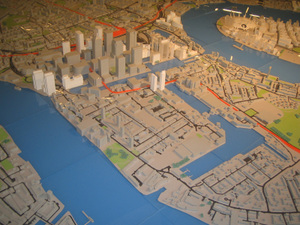 Something to do with the Olympics, I think. I bet it's boom time all the way to 2012 for these modelmakers.

From Store Street we made our way to St Katherine's Dock and then on to Wapping.

St Katherine's Dock was pretty dull. The best thing on the tour was the second thing on the tour. This is called the Wapping Project. It's a disused pumping station that failed to get Lottery funding and so had to scale back it's plans. So they could only afford to do the essential stuff. You get this wonderful mix of old and new. When we were there it was set up for a wedding. What a fantastic place to have a wedding. 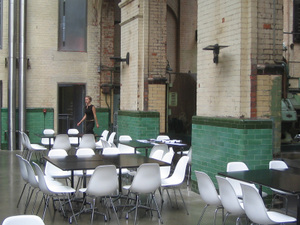 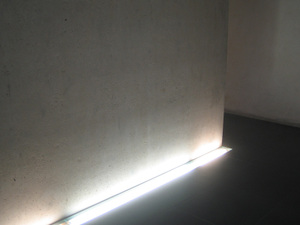 The place is amazing. There's a lesson there for developers. (Architects Shed 54). I must visit again.

On to Canary Wharf. I love Canary Wharf. Pretty much all of it was built by Canadians, hence the North American feel, Canada Tower etc. Cabot Square is named after the guy that discovered Canada. 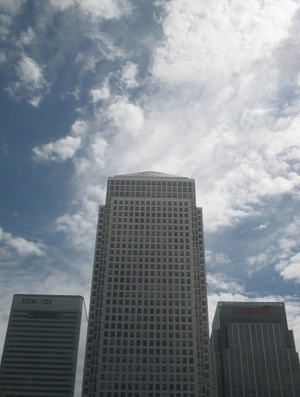 When the Government decided to regenerate the Docklands they waived all planning laws. You could build what you liked where you liked. 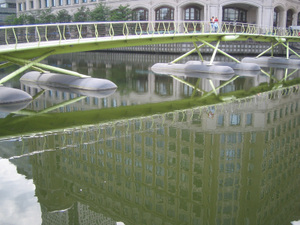 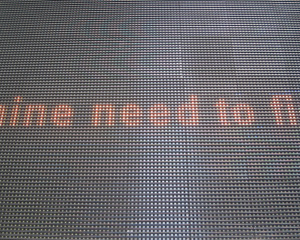 Interestingly when they built the wonderful Jubilee Line extension they employed architect Roland Paoletti to oversee the project. One of his guidelines was to insist all the new tube stations had as much natural light as possible. That seems to have worked really well. Again, lessons to be learned there.

One of my personal highlights was when someone said, "that's the best concrete I've ever seen" at Canary Wharf tube station.

On to Excel and the Royal Docks. 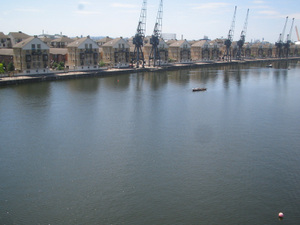 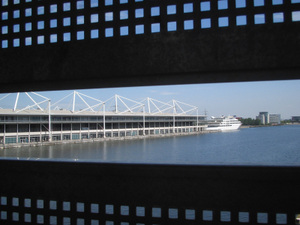 To sum up; a good way to spend a Saturday morning, probably more interesting if you're not familiar with that part of London, bit steep at £18 (they don't need to make it cheaper, just make the content a bit more substantial). 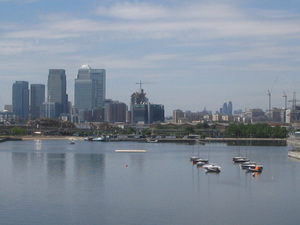 Thanks for the blog post, and particularly all of the pictures. I've been looking at getting some new Grande Prairie concrete done in my yard, and I would love to draw from these pictures. They are so unique and fascinating! http://www.peterlane.ca

Thanks for posting this, i have seen a lot of people doing work with concrete in grande prairie its amazing what people can come up with. Keep it up!