The trouble with Pink - Cliche or crystal clear communication?

I like pink. I've got a few pink shirts and even a pink jumper.

To me it's just a colour. Being a graphic designer all colours are equal. There are millions of them (an infinite number?) and we love them all the same.

But it seems increasingly that pink means something different to brand owners. More and more often pink = female. 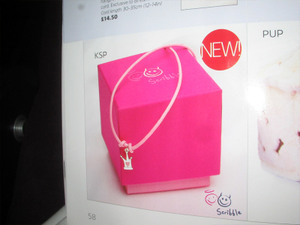 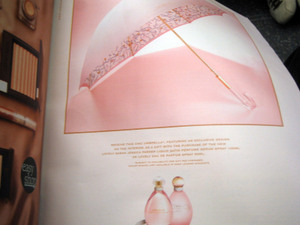 You know what I mean, a mobile phone manufacturer wants to increase sales among young women, what do they do? They make a pink phone. 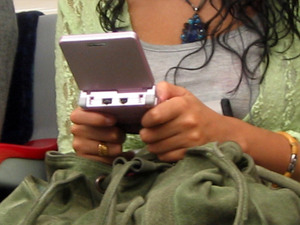 It's worse for kids. I've lost count of the friends who've had daughters and sworn blind that they won't dress them in pink. Only to find pink is all they can buy.

We were in a shoe shop buying some shoes for the little one the other weekend. Here's some pictures of the girls shoes. 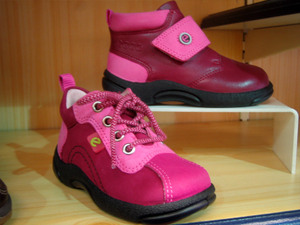 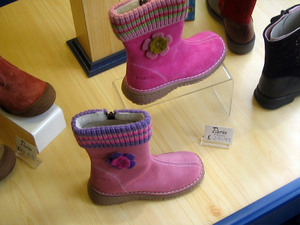 So this pink obsession starts from an early age. But does that mean that everything for women has to be pink? I understand that some women genuinely like pink, and obviously that's fine, but it can't be every woman's favourite colour. 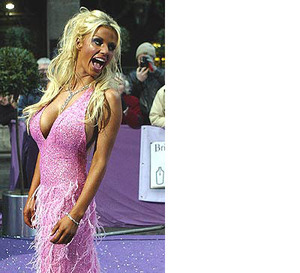 It would be all too easy for me to sit here and pontificate about pink. And it would be very, very easy for me to approach that mobile phone manufacturer and say, "Hey, making mobile phones pink is a huge generalisation. That's so clichéd. Let's make yellow and green and red phones for women".

I once made such a comment to which the reply was, "You might say cliché, I might say crystal clear communication." And this brings me to my point.

It's very easy for designers to harp on about clichés, but clichés (like stereotypes) have often become thus because their meaning is absolutely crystal clear. And surely clarity is a large part of what design is all about?

Consider this. How many times have you been in a trendy bar and been unable to work out which toilet door was the Gents and which was the Ladies? The trendy graphic can be the enemy of clear communication.

Here's a picture of some toilet signs I saw in Bucharest. 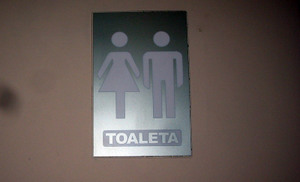 It's absolutely clear what this means, yet I saw it in a country where I understand none of the language. That's a triumph for design, isn't it?

I used to think these were the best toilet signs I'd ever seen. 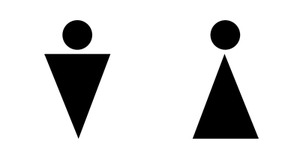 The design has been honed and simplified so much you're just left with the essential elements. And then they've added a little twist by using the same symbol in two different ways.

Except that if you saw this symbol on it's own. Would you really know whether this was the Gents or the Ladies? I don't think you would.

Wow. Bang on. I think half the time we're all conflicted - half our brain wants to try and escape clichés, to create something new and meaningful in every sense (and with one eye on the design annuals), while the other half is shouting "No, you cretin! Communicate what needs to communicated! If it's a cliché, who the f**k cares, as long as it says what it has to without being up it's own arse?!"

Check out Sony ads that offer the men and women different alternate endings. Also, the interface colors for men (blue) and women (pink). In the case of your toilets, I get it. In the case of a self-selecting moment like this, then it's reinforcement of girls like pink and boys like blue.
http://www.learningcenter.sony.us/assets/hpd/hdtv/index.html

Hi, I'm a graphic design student and I find your article here is quite interesting. I am doing a project under the theme Androgyny. I agree with you that sometimes designers are too dependent on stereotypical elements in their designs. Talking about stereotypes, I feel that people have been dominated and controlled by gender-stereotypes that even broadens the gap between genders. And designers play a massive power here. I will be glad if we can share some opinions, maybe I can get some inspiration for my project? :p thanks