Things you think will be fun / good / glamorous to design but actually aren't. At all.

I hate the music industry.

First off, they (still) really haven't got the "digital" thing. They're still unit shifters and this is years and years after people started saying things like 'The only CD's I've bought since 1998 have been blank'.

It's kind of the same for designers, the budgets for designing album artwork are very, very, very slim. Which is why albums tend to be done by friends or small music dedicated one man bands. Which is fine, you takes your money and all that.

The problem is that any creative equity in sleeve artwork has long, long gone. The days of Sgt Pepper or even Blue Note are over. 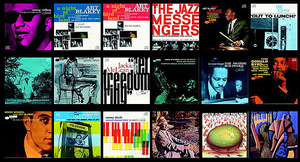 Sure, every once in a while a Beck comes along, but as the 'unit' gets distilled down to effectively this: 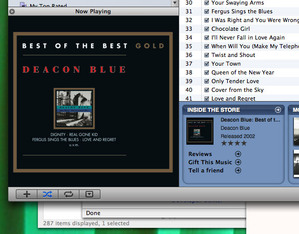 less and less time, money and care is being put into artwork.

I've designed album covers and I may do it again. I'm not saying everything is rubbish, I'm saying you thought they would be fun / good / cool / glamorous to design but actually they aren't.

I imagine the movie industry is much the same as the music industry, and probably fashion too. They almost expect you to be grateful to be working for them.

Take a look at this brilliant link from CR Blog it's a list of companies that design film posters. Let's have a look at some of them. OK, I'm not saying anything radical here - they all look the same.

You think that's fun? I imagine that people are thinking, 'I'd love to do a film poster, I'd do it all differently. I'll be like Saul Bass for the Noughties.' 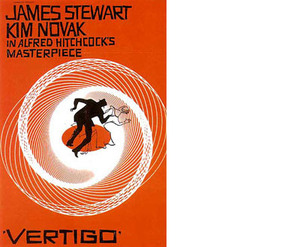 I have designed some small film posters but nothing big. I did have an interview once with a large, respected (and good) agency that did film posters. Essentially all they did was resize the artwork from the US. Think that sounds like fun? That sounds like something you thought would be fun / good / cool / glamorous to design but actually they isn't.

OK, I've offended the entire music and film industry, who's next?

Remember I'm not slagging start ups off at all (we were one once) I'm saying you think it will be fun / good / cool / glamorous to design the identity for the next big start up, and it won't.

Here's the problem. How do you know which one of the 400,000 new businesses started each year in the UK is going to be the next Apple or Coke or Google? It's simple, you don't.

Most (actually every) start up is frantic, short of cash, short of time and run by people who really care what they're doing. Care so much that they'll stay up all night arguing about font size. And you don't want that, that's your job.

To put it another blunt way, start ups are often too close to the cash. This makes them unable to stand back and make rational decisions about something quite intangible and often irrational. Again, remember, start ups aren't bad, it's just that you think it would be fun / good / cool / glamorous to come up with the next swoosh. It won't be.

Anyone got any experience of designing in those situations?

Posted at 16:33 in Graphic Design Industry Stuff, How To Start Up A Graphic Design Consultancy (Sort Of), Things I've Learnt About Design | Permalink

Well, one of the jobs that I enjoyed the most doing as a designer ever (in this case, illustrator as well) was actually a CD.

But I did it for a friend, that kind of sideways proves your point.

The problem with music, at an even smaller level, is that there is absolutely no money for the label to even afford professional design; the upshot is that I know the designs on the records my tiny label will be putting out won't be as good, as well prepared for press, etc. as I'd like, because hiring a professional designer would literally double the budget for the release (well under a grand to release 500 CDs and get an album on iTunes these days).

So, we're doing it ourselves, and that's why I'm reading blogs like this - but you get what you pay for, and I'm doing the label's artwork (and accounts, and order fulfilment, and my own music...) effectively for free for the love of it. The entire edifice is built on hobbyists and dreamers. It's a long way from PSA or Hipgnosis, certainly...

I can also prove this true. i worked for a year or so at a large indie label out of Los Angeles as a designer, despite being a multi million dollar company, the base salaries were under the poverty level, and i could bearly survive, despite being one of the better paid employees.

I do a lot of design for music packaging today, and AD a lot of other designers on projects for my own label This Generation Tapes. its great when you are the client, and also a graphic designer yourself, and i think it shows in our releases. Something i can't say for the label i used worked for.

There are plenty of wonderful CD designs if you look around at less mainstream stuff.

One thing I love about collecting vinyl is the way that almost all the artworks look better on the big 12" covers.

Your point about start ups is a good one. You have to also look at it from the point of view of the start up (and not just the designer). We never thought our innocent logo would become recognised; we never thought our business would get very big. But it has, and now we're saddled with a weird squiggle. Obviously, I'm not complaining - I love our logo/identity and I love our business. But it's funny that we never thought about how it would serve us if we were a £100M company. I guess it's best not to think about that stuff and to just design something that you like. If we had thought too hard about it we would have no doubt screwed it up.

I think you've touched on something really important here, and if there are any young designers at college reading this stuff, take note. If someone joins the design industry (or any industry) because it's "cool", and they want to do "cool things", then they are a fool. It's just plain hard work. Really. It ain't "cool" being asked (again) why it's red and not green or if you could make the font bigger. But it should be rewarding. Rewarding is good. That little shiver of pleasure when you know you've hit the spot and got it right. It should be both financially and personally rewarding. Getting paid, now that's really cool.

Things you think will be boring / bad / drab to design but actually aren't. At all.

These projects often have much more breathing space. And they usually pay the bills. They are bread and butter jobs, but they are usually quite fun.

Two things, first hand:
1/ A friend of mine is in a band, signed by Sony Records. Her sister is a very tallented professional designer. With all this talk about there being no money/tight budgets etc you might be excused in thinking that Sony might like to save a few bucks, contract the job out to someone who's talented, ogt an insidee understanding of the band (and related to the artist, got to be a story in there somewhere/a spin). But no.
2/ Musicians are creative. But this does not mean that they are 'design' creative. Many of the small record label/solo efforts end up under (less than) average album art is precicely because of this. They have a bootleg copy of Photoshop, or a mate doing a night class. Just because I have GarageBand does not mean I will am the next Robbie now does it?
I was lucky to design an album. It was tricky getting the artists to release thier death-grip over the creative process but was worth the effort in the end for everyone.

I created a website for a start-up under the premise that they'd be able to get us some album design work. They paid peanuts, the process was a nightmare and you guessed it - no album design work appears. I'm not joking. You just couldn't script it.

You can add the theatre industry to the list. They're essentially the same as the film and music industry: not a lot of money, and they just love to criticise your design, even though they haven't got a clue. I'd like to remind some of my clients: just because you're creative in other ways doesn't mean you know anything about graphic design.
Ah and another group of bad clients: family members. Don't even get me started on that one :-)

The majority of the time I have found start ups to be a nightmare to work with.

To them, the business that they are starting is the most important thing in the world, and it is often hard for a designer who is doing a paid job to satisfy such a demanding client.

The other problem, which I have found with most owner managers is that that they see the money they are spending as 'their money' and we always have trouble getting paid on time by them.

Don't get me wrong, I have a few clients who we have worked with from start up through years of business and had a great time doing it, but I've had more trouble with owner managers then all the other sectors I work with put together.