Making a profit and being ethical 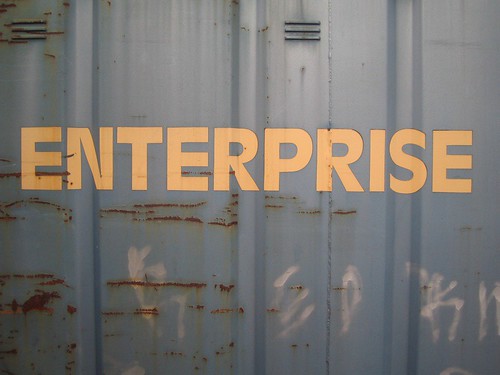 I went to an Economist lecture at the RSA once. It was about how the Victorians started the Limited Company.

There are many other legal vehicles for doing stuff, or getting things done, in a business-like-way. Trusts, partnerships, sole traders and charities to name a few. But a limited company - that's just for making a profit. Nothing wrong with making money. But that leads you to think that all Limited Companies are set up with the main goal of making a profit. Obviously.

I preface this because yesterday I was thinking of a question for Russell's Howies thing but it coincides with some other thoughts I've been having.

I suppose we're entering an age where companies that have built their images on their "ethicalness" are reaching a crossroads. From the Bodyshop through Howies and Innocent etc. The problem I suppose is a bit like when a politician declares himself 'whiter than white', you're setting yourself up for a fall. Aren't you?

The Bodyshop tried being a PLC, Howies have sold a stake to Timberland and Innocent remain vocally independent.

Does making a play on your "ethicalness" raise unreasonable expectations in the mind of the consumer? Does it matter? What if Innocent decided they wanted to sell to, say Virgin. Not some "obvious brand pariah" like Coca Cola.

What would be wrong with that? What if they everything stayed the same, all the ethical stuff was still there, the founders got a  nice pay day and they were part of a bigger group. Anyone got a problem with that? I'm sure some people would.

I have no answers. It's just a bridge some of these new brands will have to cross.

So, my question to Howies is; The line "cardigan bay's 3rd biggest clothing company" is brilliant, charming and has served you well. Post Timberland will that now change? (And that wasn't supposed to sound as Question Time as it reads.)