« Put down your logos and come fly with me, naked | Main | "You can't beat quite good and free" »

How To Win A D&AD Award

That's a deliberately contentious title, and it's wrong. But it's what I would have wanted to say had I met someone who had judged the D&AD Awards when I was younger. 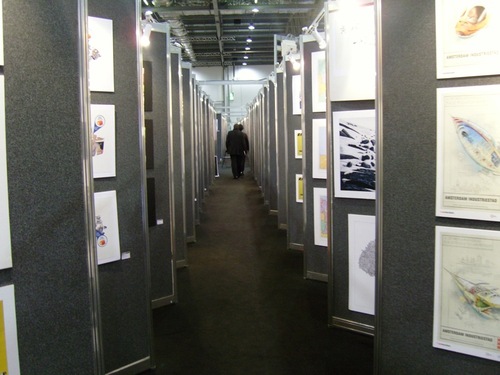 Judging would make a great RPG.

2. Favouritism.
"It's always so and so that wins." That's probably because they do really good work. Every year. You see when you're judging you don't know who the work is by, so it's very hard to claim that people vote for their mates. I suppose people may recognise work by their friends and vote for that, but I saw no evidence of that.

3. Standards.
The standard is high, very high. Too high? Broadly speaking I don't think so (although you may get tough juries in any given year). Look at previous Pencil winners in design; Johnson Banks' Fruit and Veg Stamps (Gold), Penguin's Great Ideas series (Silver) and Nick Bell's Churchill Museum (Silver). Have you ever done work that good?

The jury I was on was tough in the respect that we only wanted the best stuff to get through. Average simply wasn't good enough. I thought we were incredibly fair and very comprehensive in our discussions. 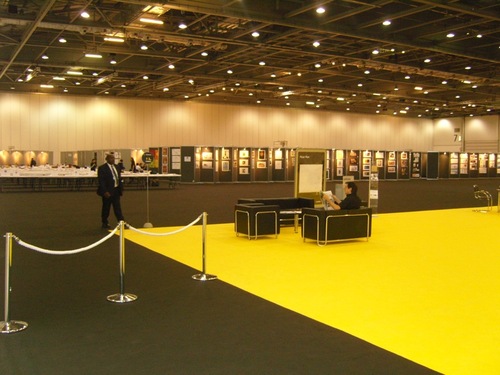 4. History
I felt, and I believe my fellow jurors felt, some sort of responsibility towards the history of the awards. Again, look at all the great work that has gone before. You want your judging to be up to that standard.

5. Entering the bloody thing.
I always find entering the D&AD Awards really hard. It's hard enough choosing what work to enter, but it's even bloody harder deciding what category to enter it in. After judging, I wouldn't worry about that so much. Good work is good work and good work really stands out amongst a day of dross, whatever category it's in. 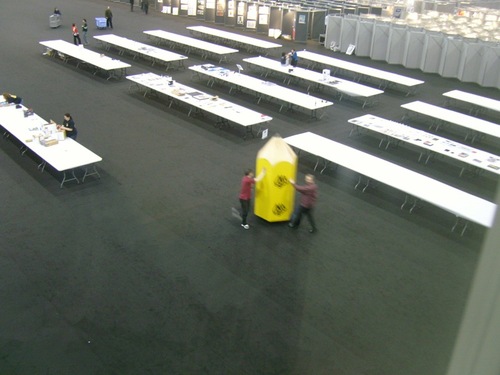 When a piece of work wins an award a klaxon goes off and these two chaps wheel over a huge yellow pencil. It's an exciting moment.

6. Jaded jurors.
Judging is hard work. No-one will ever believe that unless they've judged, but it's exhausting. We looked at (in detail) over 150 pieces of work. In the morning. Then we spent the afternoon, discussing, debating and arguing over the same bits of work. Often several times. Believe me, it's tiring. Unfortunately this means it's very easy to get cynical and jaded. My jury tried really hard to fight this and to make sure we looked at the first piece of work with the same eyes we looked at the last piece of work. All this just means the good stuff stands out even more. A bit like life, I suppose.

8. Advertising always wins.
Advertising wins more awards than graphic design. Why? Because the advertising industry is bigger than the design industry, by almost any measure you care to choose, amount of employees or turnover for example. The only other thing is that I imagine design is judged more on craft whereas advertising is judged more on the idea. It's easier to agree on an idea being good than the craft being perfect. Maybe.

9. Remember the criteria.
A good idea, well executed, and appropriate to medium and message.

Good post – lots to remember for the future. Is that really true about the klaxon?

Before I get started I just want to say I am not anti DandAD but....
"advertising always wins"?
"there's a lot of shit out there"
Is this because a lot of the 'decent' graphic design work going on right now never gets entered? If you are a fairly big studio you can easily find the 100s of pounds it costs to enter (per project) each year but, a smaller studio will struggle. Now I know DandD does a lot for students which is great , however Graphic design has changed a lot since the book started and I personally feel that a small studios are finding it less attractive to enter thus using the web and smaller zines to expose their work.
Its true that there is a lot of shit out there as the design week post "has graphic design hit a watershed" mentioned a few months back. However there is a lot of amazing work out there but for some reason (my guess money) its not entered in the DandAD Awards.

Certainly there was good work that I've seen in the year that I didn't see entered.

And it is expensive, yeah. And obviously the big agencies can afford to enter loads of work into loads of categories.

Alex, I'll leave you to guess.