This is my favourite shirt

I bought it with some money my Granny gave me for my 18th birthday. That makes it 13 years old. I bought it in a shop in Bath called John Anthony for £75. 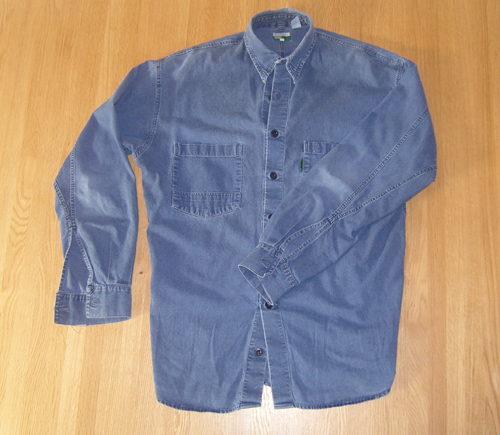 Wearing it the other day, several things struck me.

2. Secondly, it's 13 years old. 13 bloody years. That's almost half my bloody life. Almost. I'd be surprised if I owned anything else (that I'd bought) that was 13 years old. Certainly I don't own any teenage clothes. Do you? Look around you now. Do you have anything that you've bought that's 13 years old to hand? 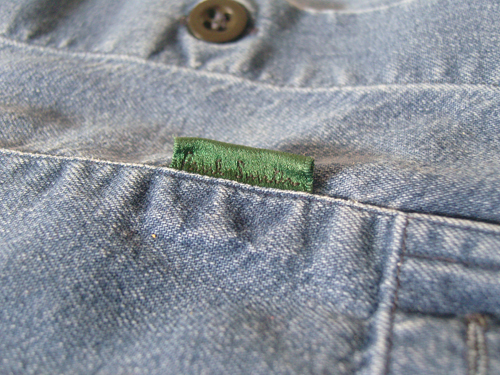 It was designed by Paul Smith. Strangely it was also made in England. You don't see that very often nowadays do you?

So, it was made locally, very low clothes miles. It was designed and sold locally. It's lasted 13 years and it was very expensive. Can we learn lessons about how we're going to have to design things for the future? 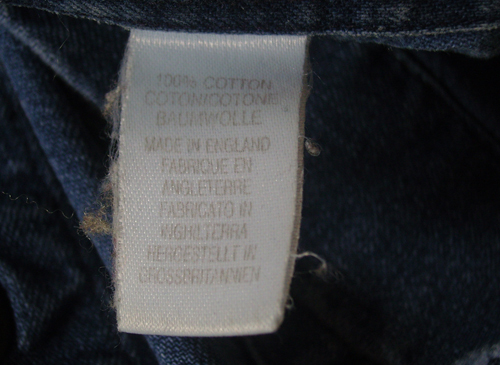 I went to a meeting once where the client asked me how the long the logo was supposed to last. Three years? Two years? Longer?

I had to stop myself imploding.

I keep coming back to this Porsche quote. What if things actually lasted? What if things were designed to last 13 years instead of breaking down after two years so that you have to buy a new one?

What if fashion didn't change every season in such a military fashion? What if 60% of everything was still in use today? What if you had to pay more, a lot more, for things that lasted and didn't break and were still useful 13 years from now?

Would that be better?

Posted at 19:34 in Sustainability In Design | Permalink

Oh, yeah, if only computers could last that long…
Even digital cameras don't seem to work that well after four/five years, when the older ones could still do their job after twenty years.
But back to the clothes, it happens that I still wear a pair of Daniel Poole t-shirts. They were offered to me for my twentieth birthday, and I'm now thirty-four. I also have a few sweat-shirts (Reebook, Thrasher…) that I used to wear in high school. When I think about it, all my sweat-shirts were bought during my teen years, and most of my t-shirts are older than ten.
I bought a nice sweater last year at H&Ms, I had to throw it away a few weeks ago.
I guess if we were living in that ideal world you're talking about, with long-lasting designs, with objets that would not break after their two-years warranty, perhaps we could have a better understanding of that thing called time, and surely we would not be so afraid to die.

More to the point... you hit thirty and can still fit in this thing??

I bought a shirt from Next last year, by the end of the first day the sleeves had unravelled at the elbow, and I once discovered I'd given a whole day-long presentation with the sleeve of my shirt ripped from cuff to elbow (everyone thought I was just 'eccentric')

Jonathan - it's always been a rather baggy fit.

Nice. Now I'm trying to think of anything I've had that long. I've got a pair of long gray shorts that have been around the world with me and have now survived around seven years. They actually keep getting shorter as the hem continues to unravel and disintegrate.

Somewhere I have a clock radio that I recall buying with Christmas money when I was about 12.

My mum and dad are still around but they're not wearing so well.

Question is: do we really want things to last, or are we a nation of consumers who like the excuse to spend our cash?

People say laptops don't last but you could continue to patch them up and they'd go on forever. But they'd look like crap next to your colleague's machines and they wouldn't do half the things your teenage kid's mobile phone does.

Maybe we get the goods we deserve. Maybe we secretly like disposable things. Maybe we like fashion. Let's face it, that's a fairly safe blue denim shirt. Would you feel so kindly towards it if it was purple crushed velvet with frills?

What am I trying to say?

Haven't really got a clue.

I keep having your post in mind, and when I left home this morning I saw this very useful thing that can last a whole life long, or more (a friend is using her grandma's one): it's my bike. Bikes are build to last, ain't that incredible?

I'd hate that. Change is important in some aspects of life. Life would be so boring if things were made to last as long as 13 years! What would be the point of graphic design now, if it was all done 13 years ago?

Ben H, surely the fact that some things can last for a long time does not preclude other things changing?

For example, the shirt has lasted for years - but I very much doubt it has prevented Ben from buying any other shirts in the meantime.

There's a difference between change as an agent for improvement and change for its own sake. Your example "all done" 13 years ago. The world changes, behaviours alter, tastes move. That is the space where you can work in a world which doesn't simply endlessly redesign as some kind of eternal job creation/consumer consumption scheme.

So many things are designed, engineered and built with obsolecence in mind. Surely replacements should be better by degree, not simply newer.

My bike must be at least 30 years old. It belonged to my boyfriend's grandma until she died and I totally love it. Our fast-paced consumer-centred society is killing the earth.

According to simon bates:
http://www.moneysorter.co.uk/calculator_inflation.html
your £75 is now worth £104.30.

A desultory search shows £104.30 would now buy this pepe shirt:
http://www.mainlinemenswear.co.uk/search.php?xSearch=long+sleeved+shirt
but i'm not sure you'd still be wearing it in 2020.

sorry ben,
i got my simon bates confused with my steve wrights, and, for the fashion hounds/index retailers amongst your readership, here's a more precise url:
http://www.mainlinemenswear.co.uk/product.php?xProd=2422&jssCart=1cd4b0c3c7b02b18a51508462162cebb

And what about sheds! There was a time when we would pop down the shed and fix things, pull it a part and fix it-in a botched kind of way admittedly. But now we don't. And for those of us without sheds, well we had shops that would fix it for you, TV.s toasters, hoovers, etc. Now we think - shit it's broken, I'll buy a new one. We as consumers don't expect things to last. I don't even think we want them to. We're all so addicted to shopping.

"The world changes, behaviours alter, tastes move. That is the space where you can work in a world which doesn't simply endlessly redesign as some kind of eternal job creation/consumer consumption scheme."

I've still got lots of vinyl records I've had since I was a teenager. Which is a very long time ago. They all still play pretty much as new on my Rega turntable. Which is itself about 15 years old and has never been serviced other than the occasional replacement stylus. And I have books that I've owned for 30 years. Still perfectly readable. Books and records, that's what you want to spend your money on.

A perfect resource to follow up this thought is Yvon Chouinard's "Let My People Go Surfing" - a history of his company, Patagonia, and the philosophies of low impact manufacture and sustainability that have always underpinned his work.

Chouinard talks about the possibility of pants made out of resin so they can be recycled to make new pants - and makes the point that manufacturers would make those pants nearly indestructible to avoid the hassle of having to collect and recycle those pants.