I went to the Global Cities exhibition at the Tate Modern t'other day. On the recommendation of Lauren. 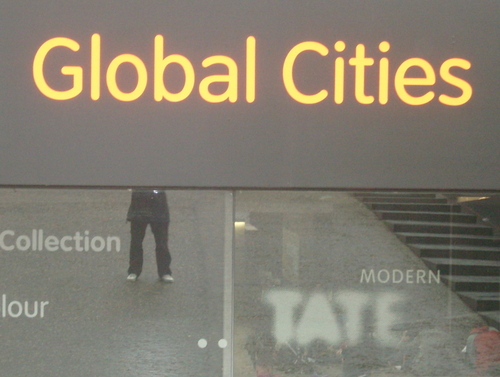 Scale, scale, scale. It has this really good scale thing going on. It's tall and narrow and crowded, y'know, like a city. (It's also free which is not at all like a city but bloody brilliant all the same.)

Graphics (by Pentagram) are really part of the exhibition. Integral to it, as you can see below. 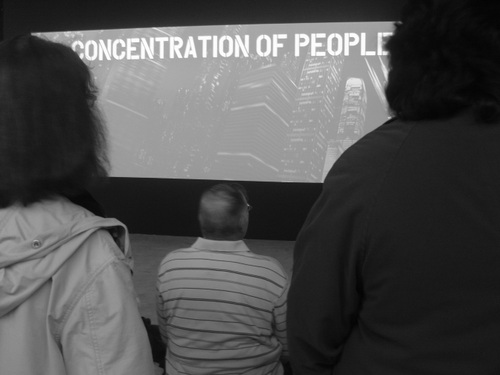 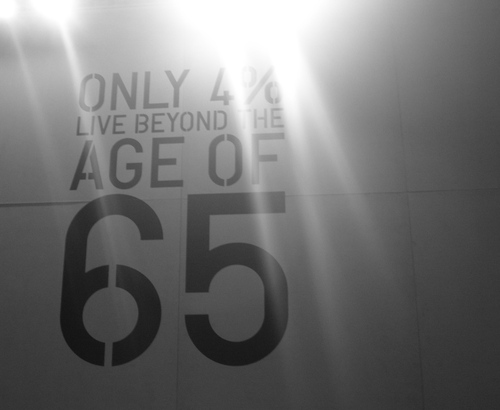 It opens with this brilliant film which I think you can also see on the website, scroll down. There are some fascinating and useful facts. Dan and Matt would love it.

But the real star of the show are these 3D visualisations of city density. They're amazing. Dynamic, representative, appropriate. Worth the trip alone. 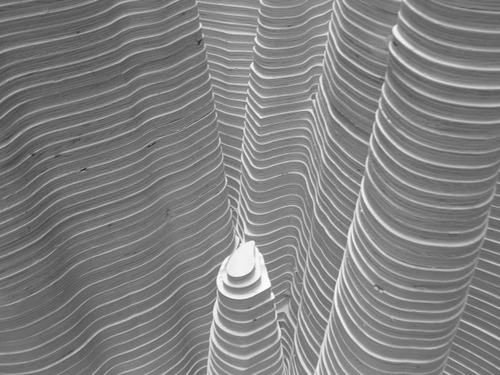 The other thing that struck me was how quickly these satellite style of images have entered the graphic language of 'city'. How familiar they seem now, when, visually, they're actually very unreal. You never actually see a city like that.

It's hard to explain what the exhibition is about. This Flickr set should help. Just go.

i'm so glad you posted about this - it's brilliant. i didn't even get to see it all, i have to go back and check out upstairs.. those sculptures were amazing and the city made of biscuits and sewing spindles was also tops!
one of the things that really struck me about the text design was they used 'font size as quantifier' as opposed to 'font size as pretty page filler' i.e the larger the growth of the city, larger the font size.

Its odd really, I can easily navigate my way around London, Sheffield and Hong Kong by Google Map satellite images...but I still get lost on foot.

That looks like a fantastic show. Saw it featured on the Pentablog but it's really great to see more. Thanks for posting it.

David - I don't think they're that similar in the flesh. The Global Cities ones feel more solid and, well, just bigger. But what does everyone else think?

Lauren - That's a good point. 'Font size as quantifier' as opposed to 'font size as pretty page filler' is a good thing.

Rob - Yes, exactly. Weird isn't it? The exhibition is on til the end of August, I think.

the topic reminds me of a really fantastic exhibition here last year: