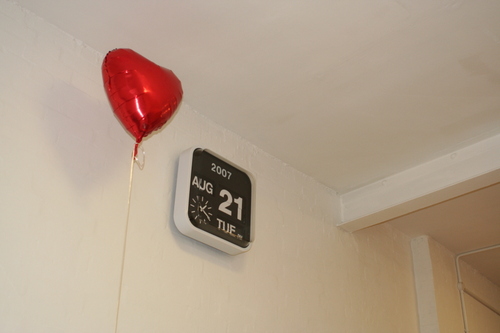 We're busy at the moment. Which is nice. The picture below is Kingsley and Guy (who was on a placement) working on a nice brief for a nice client. 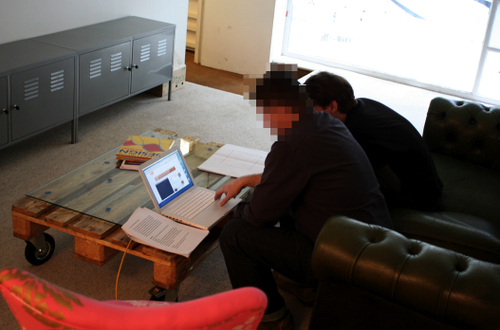 Busy is good for all sorts of reasons, but one of the reasons it's good is that everyone spreads out across our little big studio. Little teams working in all the nooks and crannies. Stuff happening everywhere. 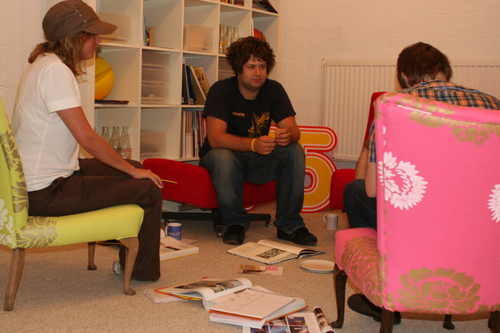 I've probably bored you to death about this before, but one of the reasons for the big studio move was to have the space to do stuff. Before we only had 5 desks. Like just five desks and some room to walk around them. In the new gaff we've got 10 desks and a meeting room and a whole floor with a few Expedits, some great chairs, a stuffed sparrow hawk and stuff like that.

It means we can take on placements, invite people round to stuff bags, have more than one meeting simultaneously, good stuff like that. 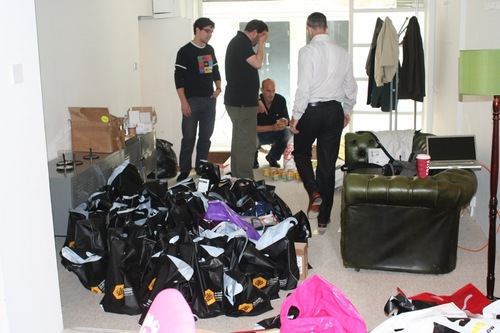 Speaking of placements, our first ever official placement scheme is going really well. They don't drink any hot drinks, they love 80's guitar bands, they can come up with loads of ideas very quickly, they don't say a lot and the ones that do say a lot get on better. We're really enjoying having some new people around. So far Jen, Marie, Nina, Rob, Luke, Katherine, Freya, Luke and Alan have all paid us a visit. We're hoping to extend the scheme and invite some of them back for a longer stint later on.

Freya even made us this incredible sign. Nice isn't it? 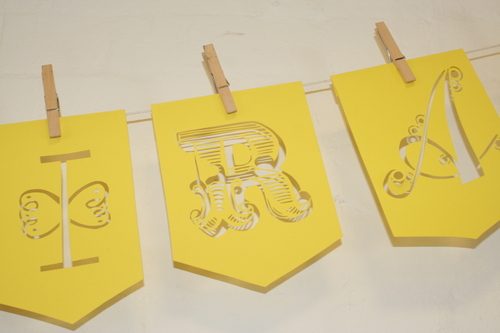