Say enough, more. Or how to design the perfect shave. 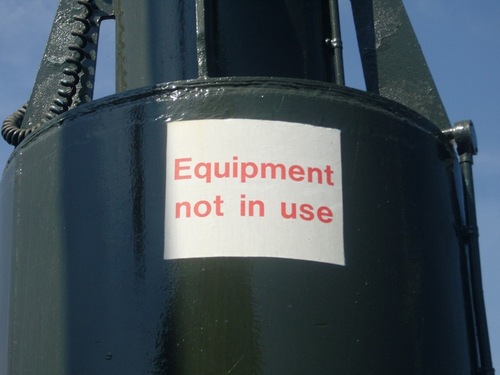 A while ago I read an interesting article about wet shaving. I was particularly struck by this bit,

"A dull disposable razor dragged across a layer of foam or gel on your cheeks is a step backward from the past, not an improvement."

The article goes on to say that all you need for a good shave is water, a blade and some cream. That's right, just one blade. Not five.

"Millions of men have been shocked to discover that the “old fashioned” method of shaving they thought went out with the Hula Hoop is actually the best quality shave you can get."

You see, according to the article, a "cheap shaving gel" that "smells just like your deodorant" actually dries the skin. And all those fancy blades don't work because they're designed for "the knucklehead who thinks the harder he rakes the razor across his cheeks the closer his shave will be" when actually the less blades and the lighter the touch, the better the shave.

Isn't it sad that we've actually designed a considerably worse experience than we started with hundreds of years ago?

"somewhere along the line, when shaving became more about cheap, disposable razors than a nice, precision-made metal tool in your hand, it became a brainless routine to rush through in the morning without even thinking about it".

How does this relate to design?

I think this example is a metaphor for how marketing departments and brands and designers have managed to make stuff worse using design. And not just worse, but we've actually come full circle and designed a solution that's the complete opposite of the answer. You can see a lot of that in modern design. You see it in websites, in products, in basic information, in wrapping swedes in polythene. 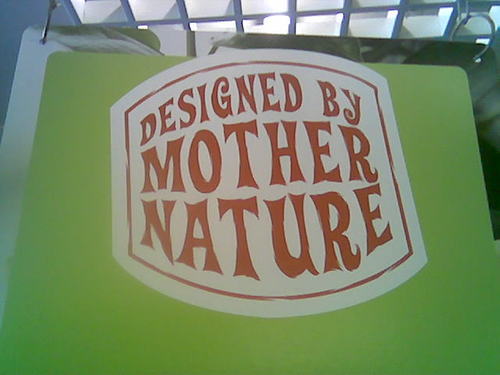 In The Hidden Persuaders there's a great story about a guy who was asked to double shampoo sales. He came back and said that they should add the words "repeat if necessary" to the text on the back of the bottle. Sales doubled almost immediately. OK, I'm paraphrasing that, but you all know the story and you get my point.

Yet again we've taken something that was perfectly good at its job and we've added another layer that actually makes the experience worse not better. Not only that we've made it "cheap" and "disposable", the complete opposite of valued.

If we are to take the environment and Reduce, Reuse, Recycle seriously then we've got to stop adding layers of badly designed, badly thought ought extra stuff into everything. We've got to make the best use of the materials available to us. We've got to really think about what we're designing and not just keeping adding blades.

We've got to say enough, more. One blade is enough. One rinse with the shampoo is enough. Nature's natural packaging is enough.

This is why good designers should be CEO's and Head's of R&D departments and FD's and why Design Is A New Management Trend.

Posted at 10:34 in Design Is The New Management Consultancy, Examples of Bad Communication, Sustainability In Design | Permalink

Excellent article. Couldn't agree more. Reminds me of the Latin parsimony; "Entities should not be multiplied beyond necessity."

I'm not sure if this is really sound advice for a company... Yes the 'quality' is worse now, but safety is much better.

The companies primary goal is to make money and I'd argue that those investments in R&D -and the design metaphor more is better has worked for them very well. How much profit is there to be made on a safety razor? -One sale for life for the razor, and extremely cheap replaceable blades. I think your confused over what the goals of the R&D department actually are.

Whilst there are companies that specialise in the safety razor, consumers seeking the highest quality are always going to be small percentage, convenience, ease of use and safety will win out for most of the marketplace.

I'd be interested to hear what type of razor you use, because if it is a safety razor, you will no doubt realise it is not for everyone, and if you don't then you are being hypocritical.

(Full disclosure - I use a Gillette Aristocrat, Made in England)

The mention of five blades reminded me of this Onion article:
http://www.theonion.com/content/node/33930

It turned out to be quite prescient of them, as Gillette went ahead and announced the five blade model a year later. Oh, the irony.

Excellent. Reminds me of college when I took a design intro course that taught us our responsibility as designers to be responsible to our environment. Because often we do have a good deal of input about materials, both in quality and quantity of our products.

And by the way, amen on the 5 blade issue. I thought it was excessive when the triple blade came out. Now there are 5 bladed razors. Trying to find one with less than 4 is tough. When you get a cut with 1 it's bad...5? That much worse.

This is a glowing example of how advertising companies have a vice grip on designers and how designers are clearly doing nothing about it. If anyone had a conscience at Gillette, R&D or not, they would realise how ridiculous this is and speak up or just leave. Its nothing to do with the technology of the razor blade, its just one-upmanship in the world of advertising. No different to washing powder companies bringing out a "new and improved" version of the old powder. Why? Because its not selling as well as the competitor's. Edward Bernays has a lot to answer for.

I recommend all chaps visit Trumpers, for a good old fashioned shave with shaving brush and blade.

I think the consumer is always 'thought' by the bods internally that they want flash, zing, bang, bop mega 'design' to jump out from the crowd. If this is so then why is it that every single person i know, designers or otherwise, want simple and straight to the point stuff (technical term).