« The Visual Dictionary | Main | Maybe Peter did the artwork? »

I love Open House. Even if I have seen the logo somewhere before. 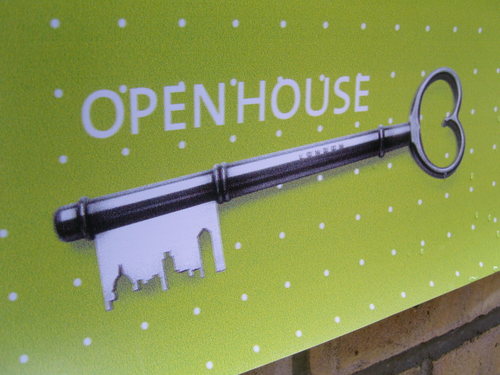 I love architecture and I love going to buildings that you don't normally get to see, I love London and, obviously, I love design. So Open House is right up my street.

Technically Open House is the name of an organisation that promotes appreciation and debate of the built environment in London. The organisation started in 1992 and I think the Open House London Weekend started later than that, but I could well be wrong. During Open House London Weekend, many famous, hard to access and residential buildings of architectural significance open their doors to the general public. For free. Fancy going to the top of the Gherkin? With Open House Weekend you can.

I moved to London in 1997 and for the first time in my Ten Year I went to Open House this weekend. For the previous years weddings, birthdays, holidays, more weddings and other such must attend events have stopped me attending Open House. Trust me, it's become a bit of a 'thing'. This year I finally made it. 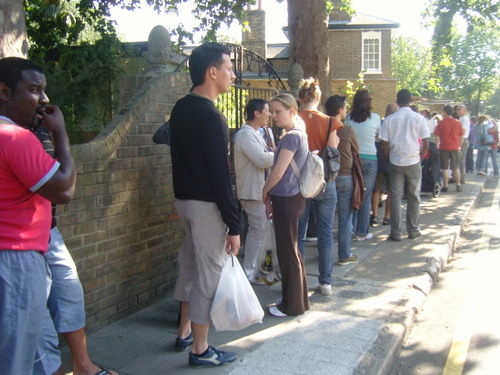 An hour long queue of people wanting to see a small house in Peckham.

Something that I guess has changed in ten years is the advent of serious architecty property programmes like Grand Designs, serious as opposed to Changing Rooms etc. I hate these programmes.

I like architecture, I like design and like most Londoners I can sit and talk property prices with the best of 'em, but these shows leave me cold. I find them really boring. Another wet room - sigh. Another wall of glass bricks - sigh. Another standard two bed flat turned into a one and half bed apartment with the kitchen on the roof and the bedroom in the wet room - sigh. Oh shit we're £30k over budget, how did that happen? Etc etc etc.

I reliably informed by people whose opinions I trust that Grand Designs is the best of these programmes. The house shown below had won some sort of Best of Grand Designs Award. 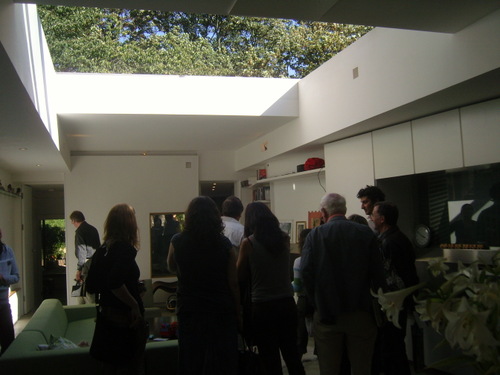 I can see why. The house was brilliant. Really clever and interesting. (It has a retractable roof for fuck's sake!) The photos don't do it justice but the house was squeezed into a piece of land that was 4 meters wide at one point. There were loads of really clever ideas.

There wasn't enough room for a proper bathroom so you slide back the bed and voila! There's a bath underneath. 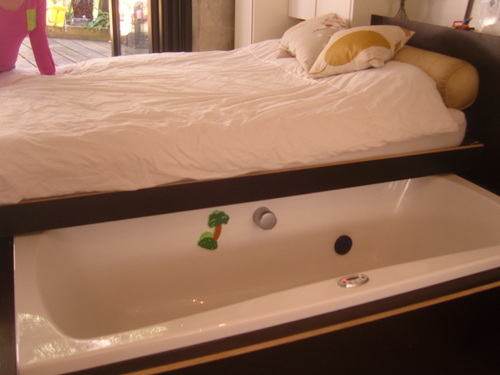 Round the corner a bit and there isn't enough room for a sink, so you pull a drawer out and voila! There's a sink. 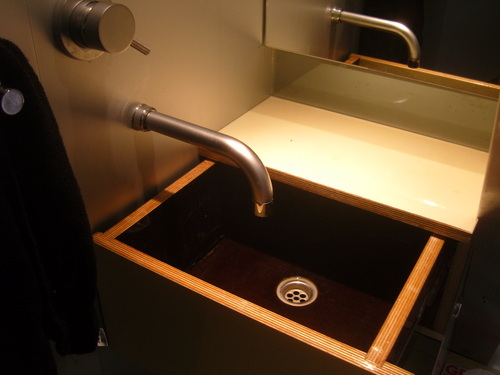 I don't want to be down about the house, it was brilliant. And it was really clever and it was really well done and well thought out. But it all just felt a bit, laboured. A bit hard work. A bath under a bed is a brilliant piece of design and engineering and it may even be practical, but isn't it just a bit - complicated?

I think there's a huge amount of visual comfort in seeing stuff laid out before you. Remember those beds that flip up into the wall? That's a good idea, but isn't it comforting to see your bed in the room? Wayne Hemmingway talked about this once, he said one of the reasons so many new housing estates were really ugly was because the British insisted on parking their cars right in front of their house so they can see them.

Like I said I don't want to slag the house off, but this whole Grand Designs sort of thing leaves me cold.

Open House isn't just about modern architecture. There are old buildings too. This house is from the 1700's. It was lovely. But this really brought home the Openess of Open House. 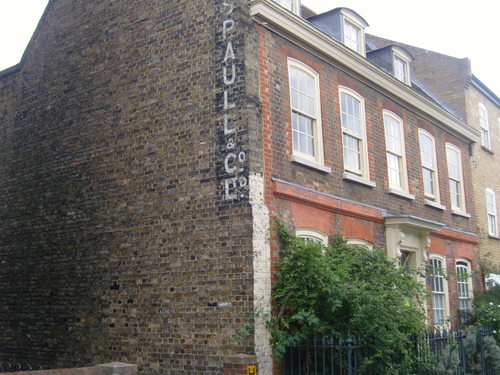 This is a picture of someone's clothes, in that person's house on a public website. It's a bit weird isn't it? Maybe it isn't. 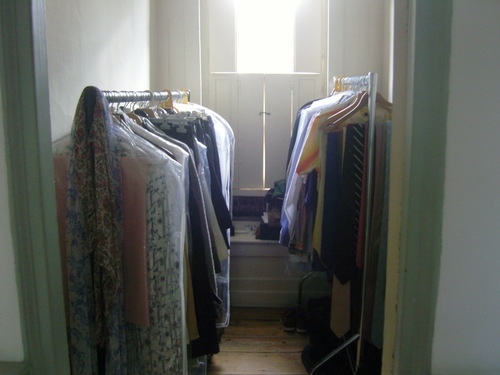 I also went to look at the HQ of the Thames River Police. Not clever, not good deisgn, not prying. Just jolly good fun. 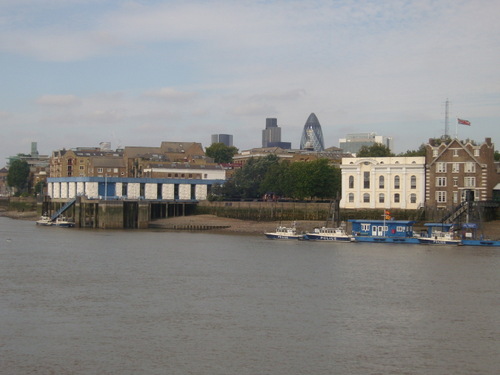 Posted at 20:30 in Exhibition Reviews | Permalink

Well done Ben, you have made me feel far less guilty about not going to anything this year!
Last year we did the Brunel Engine House & the O2 before it opened.

A bath under the bed is just wrong in so many ways....

Open House is great. How fantastic is it to have such unrestricted access to so many places, and for it all to be free?

We were lucky enough to pre-book a trip up 30 St Mary Axe (The Gherkin), and also got along to Portcullis House, City Hall, and Talkback Thames offices.

Don't get me wrong - I love Open House.