The death of Barcelona street art

I arrived (home) in Barcelona today. It's been two months since I was last here and while this is a city that is as famous for its urban change as it is for the Sagrada Familia, the difference this time is phenomenal.

The grafitti has gone.

Really. It has disappeared. The underground overground art that made every corner of Barcelona so extraordinary has been painted over, wiped off - wiped out. The Civismo laws have been dramatically tightened in the last few months, and the city's authorities have taken action to crack down on grafitti artists, imposing (among other penalties) huge fines on anyone caught in the act. 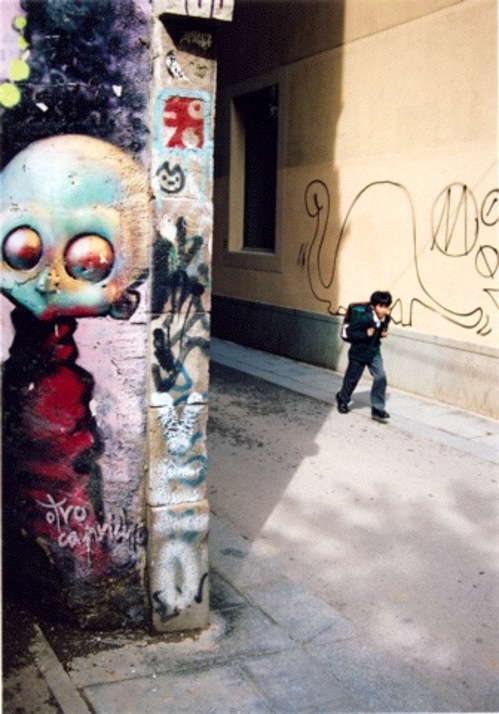 One of the reasons Barcelona's street art used to be so incredible was that La Guardia Urbana would turn a blind eye. Perpetrators could make their mark in broad daylight - taking their time over their work as they pleased.

The result, I'm told, is that the good stuff has been forced out of town, and anyone with a stray spraycan is resorting to quick - but ugly - tagging instead. Street art has become part of this city's cultural identity and - while it will always be moderated -  should also be protected. 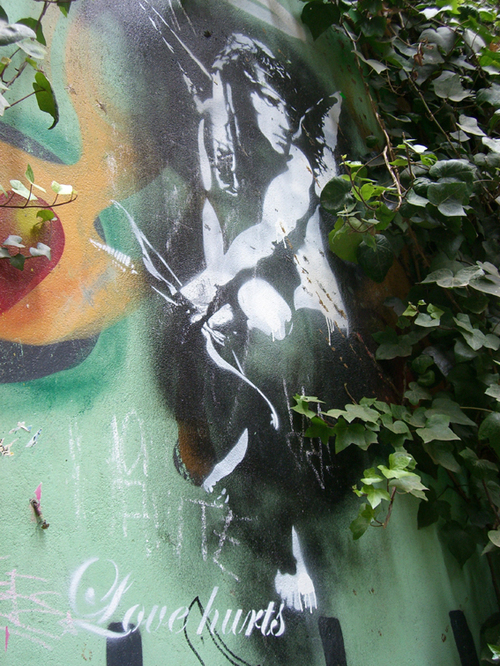 This is really sad. There's a huge difference between adolescent tags of 'X luvs Y', rudimentary genitalia and derogatory sentence scribbles. The sort of street daubage of Barcelona you've shown is very much art and free creative expression. Pre-meditated, carefully constructed, lovely, thought provoking art. To me, there is a place for this: the urban walls otherwise neglected and dank - I think it can inspire others rather than marr a piece of construction.

Apparently, the powers that be, Tower Hamlets Council, are about to wipe some of Banksy's work off the walls, too: http://news.bbc.co.uk/1/hi/england/london/7057766.stm

(sorry for the long link)

I appreciate that not everyone likes this sort of urban creativity, but I think there's a whole hub of positive uses if true street art could work in collaboration with those who oversee urban spaces.

Presumably came in at the same time as the harsher cycling regulations.

Some of the Barcelona based street artists already found a place to go to: they're at galleries like Iguapop selling canvases for 5,000 euros and "digital prints" for 300 :'(

Sad (as street art was one of the attraction of the city) but maybe times are changing. From Street now to Gallery (even if it's not the same thing).

yep, they the government has been painting everything grey. The streets are now covered in tags. http://bcnstyle.ekosystem.org/no-more-walls/

The law stops people eating sandwiches at the park, a beer on the beach, hanging your washing out and of course graffiti.

Oh and the government is still paying the artists to paint in underground car parks so they can still *look* cool...

The video of the street art awards of Paris and Berlin Opening by Artaq in the link below
but in galaries.... more and more it's difficult to found out street art in touristic cities....
too clean, no soul...