I've never really been into MTV. I never watched it as a kid, in fact I don't think I've ever 'watched' it. It's been on a few times when I've been round other peoples houses.

The other night Marcus twittered that he was watching "probably the best MTV EMA ever" so I thought I'd have a look and see if it was streamed live online.

And blow me down it was. 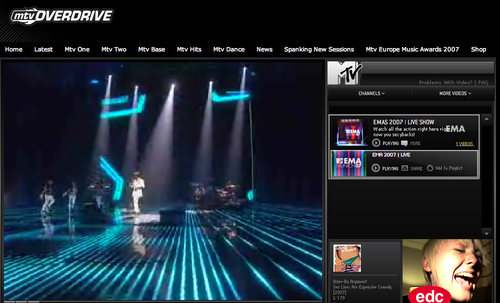 So I watched it for a bit. Streaming. Big. Good quality. And I got to see Amy Winehouse sing 'Rehab' which was good because I'd actually quite fancied watching that bit. 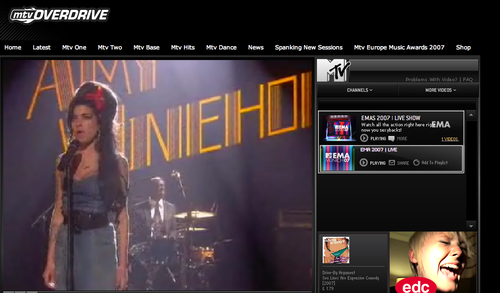 And the graphics were pretty good too. 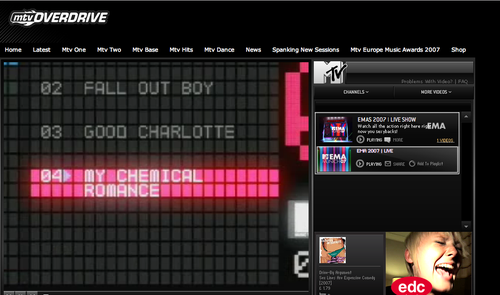 Posted at 01:03 in New Thinking and Ideas, Seen and heard, Videos | Permalink