Right then, round up. 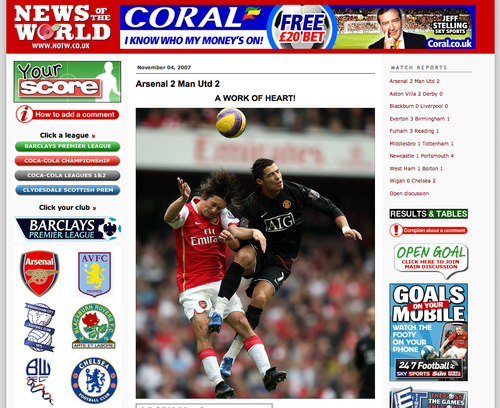 2. Poke have launched a super thing for Orange. It's a never ending webpage. But more than that it's beautiful, good fun and they've been very clever about the sharing aspect. It's really easy to share (promote, pass round) the site on Facebook, blogs and emails.

3. Because I'm so damn far ahead of just about everything I blogged about the Pepys blog here. Lebowski even told me it was his favourite blog once. It's been nominated for an award and you should all vote for it because it's good, because it could only be done on the web (releasing a page a day not the actual diary, I'm aware of that) and because Phil Gyford is a very clever chap.

Look at that. I didn't say viral once.

Posted at 10:23 in Seen and heard, Viral Marketing | Permalink