« Things you should be reading | Main | Numbers and lights »

Chicago is home to the Golden Anniversary Celebration McDonald's. Essentially a huge McDonald's built to celebrate their 50 year anniversary. 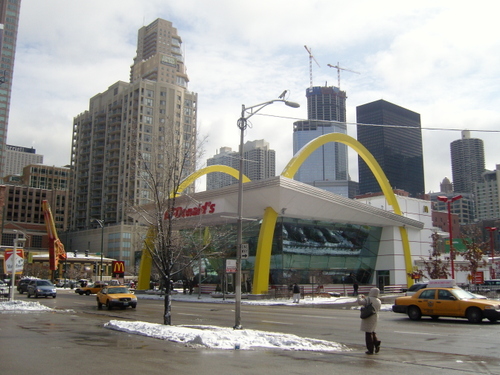 The angle of the photograph isn't quite right, but the building sits under two huge arches which, when viewed from the right angle, form one massive golden M.

I was told they had an exhibition upstairs of every toy they'd ever given out with a Happy Meal. This isn't correct, but they do a have an interesting display of memorabilia through the ages. I'm no McDonald's fan, but there's some fascinating stuff here. 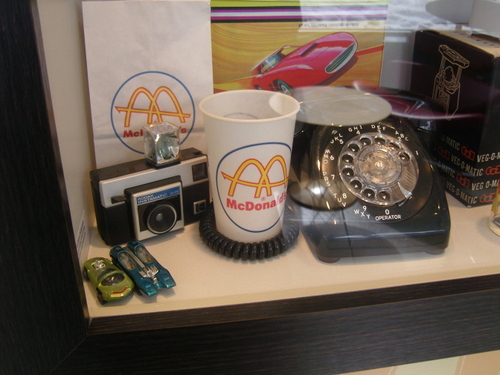 There are some pretty funky arches on that cup. 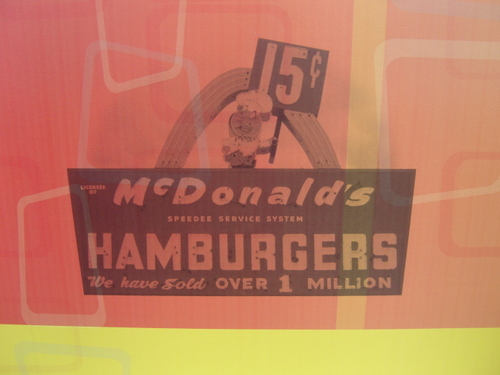 I wonder how many they've sold now? 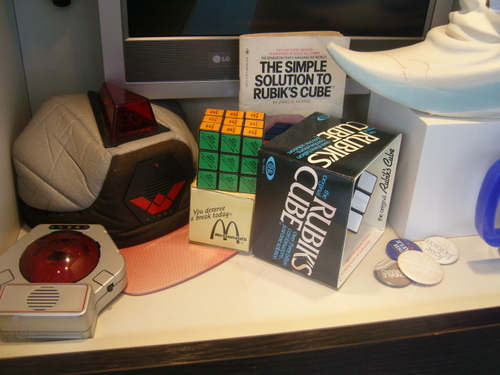 I bet that Rubik's Cube is worth a few coins now. More pictures, inevitably, on Flickr. 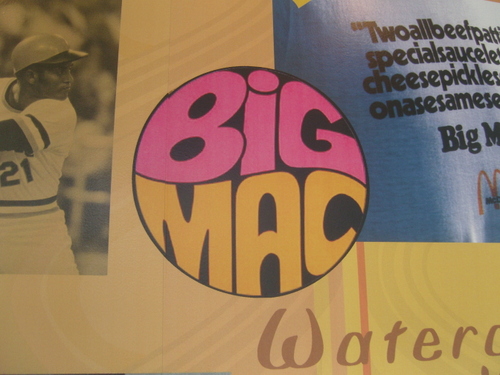 here in Los Angeles, in the suburb of Downey, sits an original McDonalds from the mid fifties. It is beautifully restored down to the white and red tile exterior and large golden M arches. It is still open for business and what is really neat about it is you can order to eat every single food item McDonalds has ever offered its customers in the past, even the discontinued items. Really Cool.

I'm not a fan of McD's food, but they are fascinating company to study in terms of their history and design.

I think I've been there twice only through the drive-thru though I didn't even know that it had all that inside. I usually hit Portillo's when I'm in that area , can't beat the Italian Beef w/Hot Spices.

Portillos is fantastic. But you need to know that Portillo is a politician in Britain. A rather odd politician.

Although he's also a fan of the hot and spicy Italian beef.

Is this an inside joke I'm missing here.