The other day as part of my Flickr 366 thing I posted this picture, taken in our production meeting. 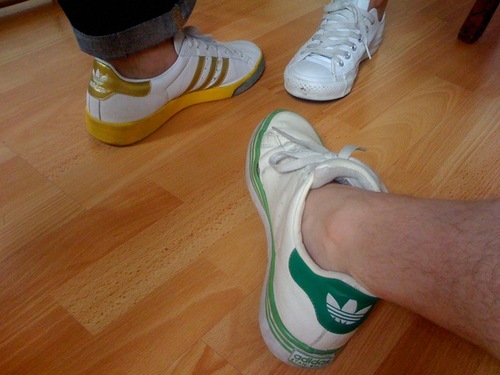 Then in the recent activity thing in Flickr I noticed that Adi Dassler had added it as a favourite. 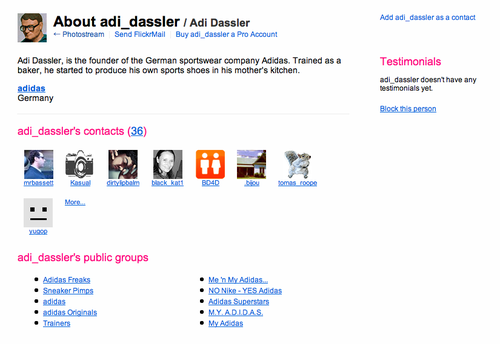 And here's some more of his favourites. All adidas related obviously. 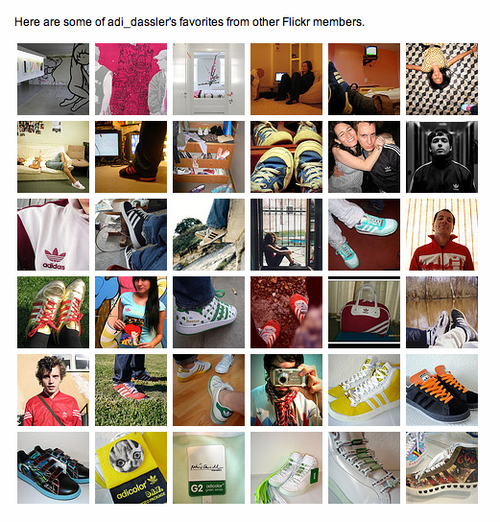 So anyway. As you were.

Posted at 12:43 in Just Me Doing Stuff, New Thinking and Ideas | Permalink

I reckon it's that Richard Madeley http://richardmadeley.blogspot.com/

Myself: I prefer Lawrence Weiner's shoes.

it may be 180 amsterdam, the profile and the avatar might be a give away