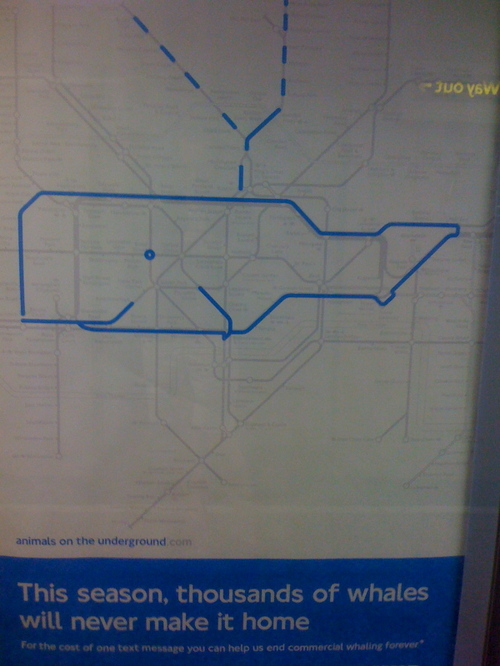 This is a good thing.

Paul Middlewick spotted animals in the Tube map ages ago. Russell even blogged about it back in March 2004 (that's ages ago).

Yesterday I saw an ad on the Underground, with a picture of a whale, made from the Tube map promoting whale saving. More specifically promoting the International Fund for Animal Welfare.

There are three animals on a series of posters.

Posted at 07:55 in Graphic Design Reviews , Seen and heard | Permalink