The blueness of Heat 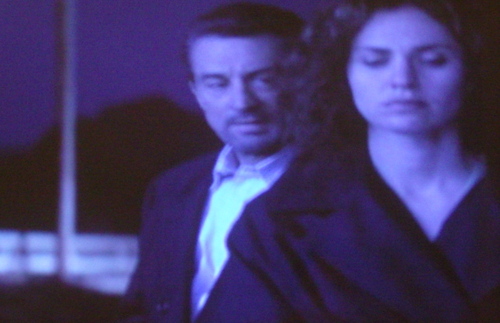 One of the things I love about it is the attention to colour. Almost everything in the film is cold steely blue colour. Sure, it's easy enough alter the grading but they've also used blue lights, blue clothes, the sky and the sea. All to add to the subtle blue effect. 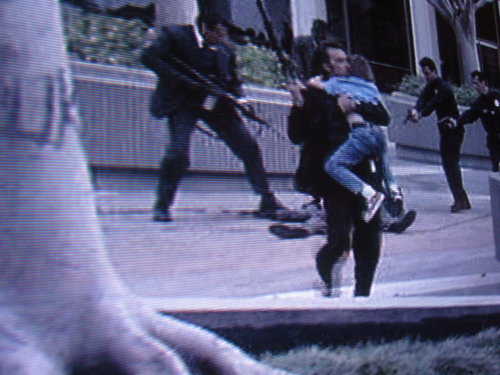 It was on telly last night so I tried to take some pictures to prove my point. You can't really see what I mean because the tungsten lighting of my lounge alters the colours. But there are some more pics on Flickr if you're interested. 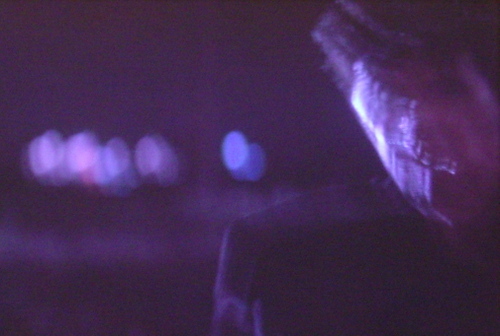 Posted at 00:48 in Seen and heard, What The World Would Look Like If It Was Run By Graphic Designers | Permalink

Collateral is kinda blue too. Mann is the master of the blue (amongst other things).

Interestingly, I just watched The Matrix trilogy of films and found they were all very green in colour.

My favourite colour-related film is D.O.A. with Dennis Quaid, where he plays a doctor who's been lethally poisoned. And as he nears death the colour in the film drains to a point near the end where it's almost wholly black-and-white. Great stuff.

But I thought Heat was a magazine?

sound and vision 'blue, blue electric blue thats the colour of my room.....'

Heat: first movie I've ever seen in which someone is a graphic designer and says so.

Great movie. Especially from a sound perspective. The gun fight with no backing track is incredibly powerful, it feels so real. It also goes against all the industry sound 'norms' for a Hollywood production. Also, Heat has my favourite continuity error in it. In the same music-less gun fight, a guy gets shot through the back of the head whilst sitting in a car. Moments later it happens to the poor guy again, but from a different angle.

You can pause any shot in Heat and have a beautiful, clean, clear, perfectly composed photograph right in front of you.

You can do the same thing with Steve McQueen's Bullitt, which is very gray (although curiously, McQueen wears paisley pajamas in it). Every shot is clean and beautifully composted.

Ahem. Composed. Not composted. Although I can think of quite a few movies that I would like to see composted.

Ever seen the movie Traffic. Nice touch with scenes in the US being in blue and things in Mexico being Orange/Sepia.

Yeah, I call it GUN STEEL BLUE. There's something similar to the palette during the Detroit sequences in Soderbergh's OUT OF SIGHT.