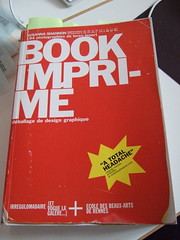 1985: Straight outta Washington DC, Susanna Shannon starts working in France with Etienne Robial at the Futuropolis editions.
1985: My father brings home avant-garde comic books published by Futuropolis. I really enjoy these, and the lettering on most covers is fascinating. 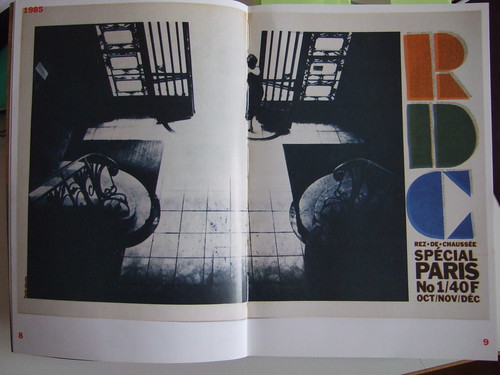 1993: Design Dept., the design studio co-founded by Susanna Shannon publishes Irrégulomadaire n°3, totally dedicated to the BHV shop. The cover is print on green + black on a green paper.
1993: In a design magazine, I notice loads of spreads from different issues of a strange publication called Irregulomadaire.
I learn that designers can publish their own stuff, and also that publishing a magazine only from time to time is possible and is even quite cool
The design of the pages is awesome, it'll inspire me a lot in my art student's work. 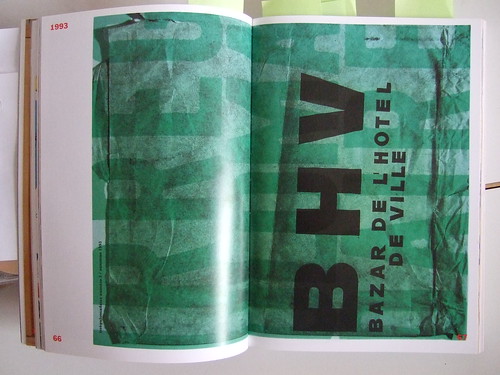 1996: SS  designs a lot of stuff for labor unions, especially in two colours, and especially for the newborn Sud, wild and tough.
1996: I put black+yellow Sud stickers against the privatization of France Telecom in the streets of my neighbourhood. 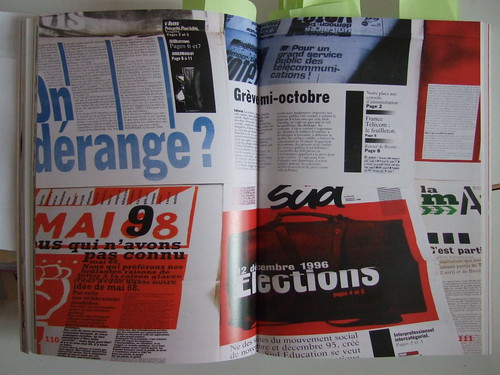 1998: Irregulomadaire is now at its 5th issue, and Design Dept. has the idea to design and sell a diary.
1998: I ask (and get) Design Dept.'s diary for christmas. I learn that using the scanner as a camera is possible and is even quite cool. 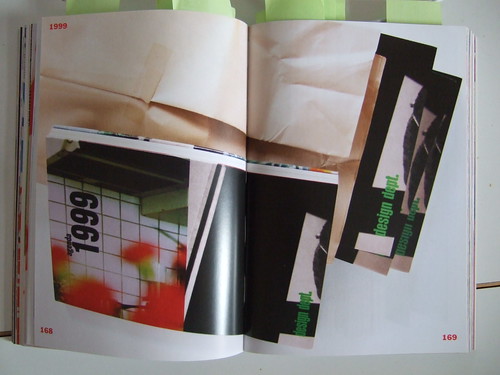 2001: S.S. is called to re-design L'Expansion, an economics magazine.
2001: I now am a freelance illustrator. I work for L'Expansion's AD, Jean-Paul Van Der Elst,  he tells me he's now working with this american girl, she's nice, but, you know, americans are sometimes a bit wild. 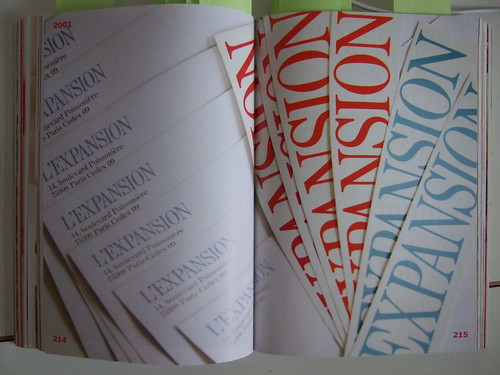 2006: S.S. is called to re-design Les Inrockuptibles, a magazine about culture.
2006: I'm so fed up with the editorial content of this magazine, I don't even notice the qualities of the design. 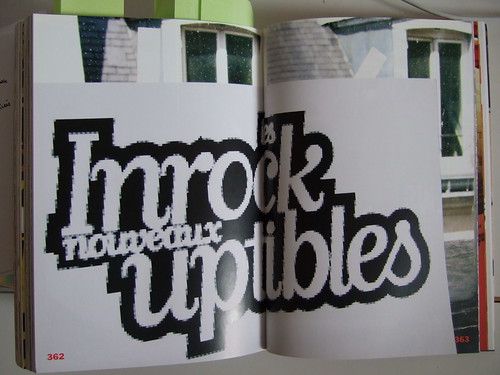 2007: Invited at the 18th International Poster and Graphic Arts Festival of Chaumont, I am lucky enough to meet up with Catherine. She's Susanna's assistant for a while now, she learned the design job from her and we talk until late about the right way to work, the printers, the photographers, etc. The wine flows.
A few weeks later she sends me this big red book, and I realise how much S.S. has been close to me all these years, how her design was a part of my environment, and its influence on my own work.
I have not met her yet, but as we seem to get closer year after year, I guess It may happen around 2010.
And one more spread for the road: 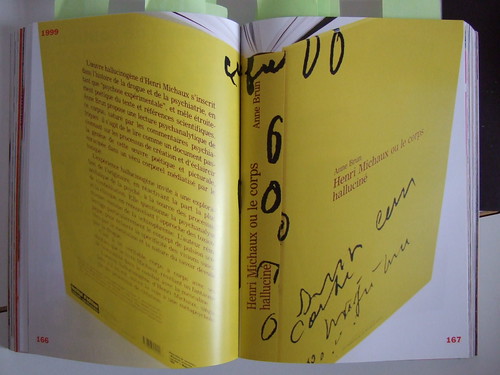 Posted at 11:48 in Summer of Design Books | Permalink

that was a nice design

its a nice design