Many years ago I very nearly did a Maths A level.

I used to love Maths. I was even in the A stream at school. Then late one night in a dark bedroom (I had black ash furniture) I was doing some GCSE maths homework. I had a bit of a moment and I promised myself as soon as I'd finished the compulsory curriculum maths I'd never do any more. That was the A level out the window. 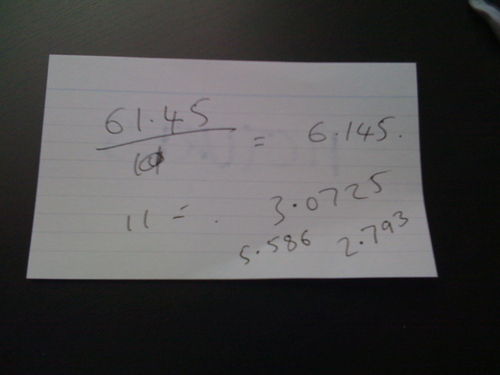 I loved maths because the idea of it was so easy. I don't mean that I'm some Beautiful Mind style genius, what I mean is that it's all just variations of 1+1=2, right? Each and every sum has a definite answer and all you've got to do is find it. Actually, you don't even have to do that, all you have to do is construct the answer using the tools you've been given, + and - and x etc. That easy.

Easy compared to staring at a blank piece of paper every day.

In the design industry you have to come up with totally new concepts, sometimes every day, sometimes three or four a day. Inventing new things - that's hard. 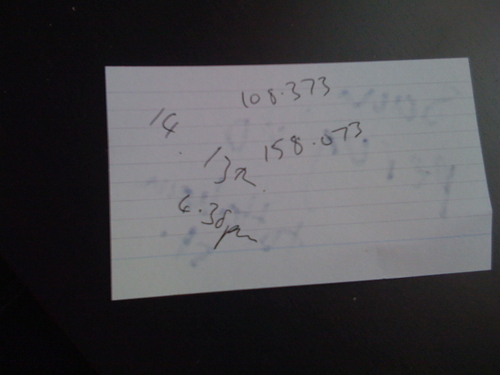 My ex boss had a husband who was Head of Maths at Kings College. Every couple of years he flew out to some conference somewhere and a load of mathematicians worked on solving the world's hardest sum. They had been working on this sum for years. The hardest sum in the world? It can't be that hard, surely? A whole clutch of very clever mathematicians are a lot better at maths than me. So if they think it was a hard sum, then it was obviously a hard sum.

The other day Matt informed me that each sum doesn't have a definite answer, they discovered that in the 30's. So I've accepted that maths is harder than I first thought and now I'll get to the point of this post.

It surprises me how often you use maths in design. 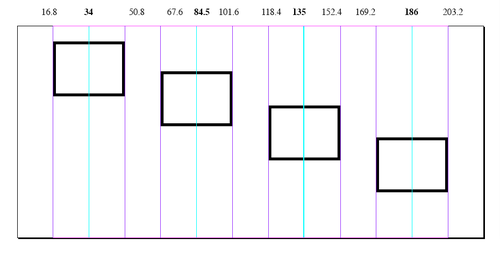 I was hanging some picture frames. So naturally I did a layout in InDesign first. I used maths to work out the spacing for those pictures.

I'm sure there are loads of big heavy books on Design and Maths, but I don't really mean that. I just mean the simple stuff. Working out 6 columns, making 12 indentations in a path and so on. You use maths all the time.

All these pictures are of little scribbles or notes that I've made when I've been designing this week. Loads of maths. Maybe I should have done that Maths A level after all.

Posted at 07:48 in Things I've Learnt About Design | Permalink

I use maths in my design work all the time. It drives colleagues nuts sometimes but it really helps get the job done well and if, say, a layout has good maths, I find it enormously satisfying. It beautiful. If I'm designing a logo, I'll almost always aim for precise mathematical proportions.

Personally, I don't see enough maths in design. Too much inappropriate haphazardness or guesswork.

'tis true, maths is behind everything.

In the dark days of Quark Xpress, I used to generate lots of frantic scribbles in order to work out proportions and positions on the page, but these days in InDesign, you can actually type maths straight into the field...

e.g. instead of typing 99 you can actually enter 297/3 and other similar mathematical expressions which has cut down on my desk clutter a lot...

...oh, and the distribute and align panels are a Godsend too...

'A' Level maths sucked, but it was a means to an end. So many people say "I don't use half the maths I learnt at school", but I think it's because consciously avoid the situtations where they may need to use it. No-one I work with can ever work out what size in pixels to render out a 3d image so it's 300 dpi @ A4.

Case in point; yesterday, a Polish chap gave the wrong pump number at the petrol station and managed to pay for my (more expensive) fuel and it took the lady in the booth a good five minutes to subtract £22.94 from £32.95 for his refund.

n.b. no disrepect to the Poles or Tesco workers, it's just something that happened. Incidently, I picked up a 2012 newsletter in the library and in the small print on the back it said "Also available in braille, on audio tape, or in Polish." That's interesting on a number of levels.

"if, say, a layout has good maths, I find it enormously satisfying. It beautiful. If I'm designing a logo, I'll almost always aim for precise mathematical proportions." Exactly.

Richard Holt - you could do that in Quark.

Of course, mathematics isn't really about "doing sums", it's about using abstraction to break problems down into meaningful pieces that can be solved and reassembled to make something new that improves the depth of your understanding of the original problem. Which is just as difficult and creative an endeavour as (visual) design, but rarely as pretty.

I too love it when maths and design come together. I once spent days working on a maths related Christmas card for the agency I was working for, called 999. I thought I'd use 999 as the answer to a sum set out of the 12 days of Christmas, using each present (milking ladys / gold rings) as their number and keeping them in order right up to number 12, so it started something like "Partridge in a pear tree x turtle doves + french hens" etc… I cracked it too, but nobody liked it. Even more so when I handed my timesheet.

Maths has been an integral part of art and design pretty much from the start. Ask the likes of Pierro Dela Francesca and that ninja turtle Leonardo. I bought a book a while ago called geometry in design. A very interesting book showing how maths has been used in design for years and is still an important part of design. For example the design of the new VW beetle is based on the mathematical golden section. You see it all adds up ;) when you think about it!

i did maths for A Levels. (and Further maths, chemistry and physics!). i got good grades and almost went on to being an engineer till i found my self inclined more to graphic design.

I'd rather have a blank paper and ponder about "inventing" something instead of eating my head out struck in a sum where i have to find a solution for a integration question that doesnt even have a definite answer. In maths you are given a set of guidelines and rules, and if you get stuck you HAVE to go back to the rules and you cant go around that. But in art there's no such thing. artist try to go out of the box.

.. and of course, when maths meet art the beauty is phenomenal. I was going through some stuff on ancient spain architecture, where they used the Golden Ratio to design mosques. Well of course you can find loads of things in the nature which is structured according to the golden ratio - such as sea shells, the human figure and so many other things from the nature. And this technique is being used in many forms in design today as well.

What the hell is "maths"? Math, Ben, math. Although I guess you Brits can say whatever you want. I just like it the American way.

I think Hash nad I are on the same wavelength. Have a look at this post I put on my blog a few weeks ago which is also about the Fibonnachi Sequence...