« This Is Not A Joke | Main | The Economist cover this week » 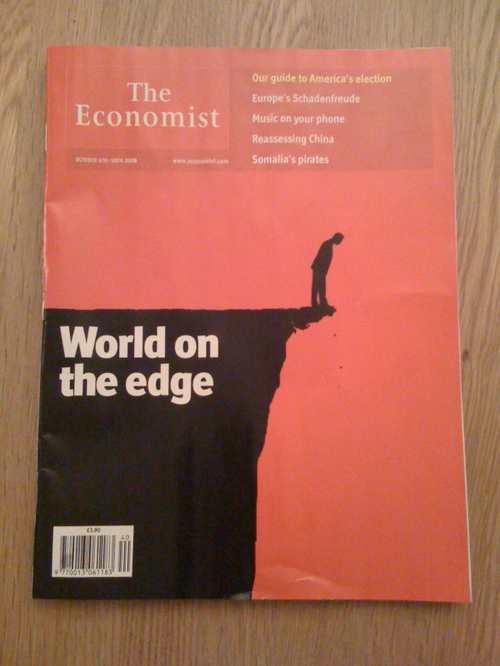 I love this Economist cover. This sort of stark, powerful illustration is the reason I first started buying The Economist. I guess this is the first financial crisis in the era of "You can't move in London without someone giving you the news". That's why it has to have a catchy name and it has to be the biggest crash and the biggest bail out. This is also why it has to be happening NOW. Whereas history will probably have the Credit Crunch dated as 2007 -2010. Something like that. 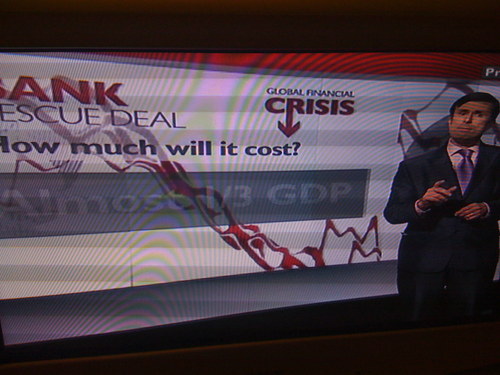 Here's Robert Peston the unbiased bringer of many leaked scoops (you knew his father was a Labour peer, right?). But ignore him (go on, please) and look at that Global Financial Crisis logo. What's the point of the bloody arrow? 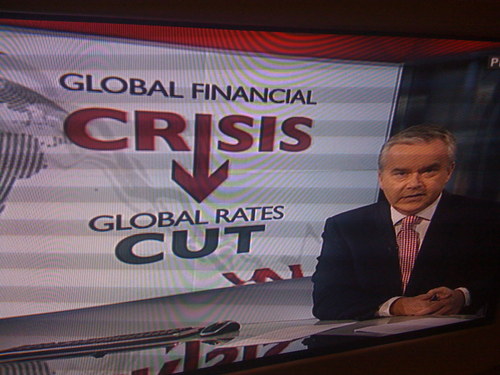 Sure the arrow signals down, which is the way everything is travelling, but is it necessary? Is it helpful? Surely the word Crisis communicates enough. A better use of the arrow would be on I in Financial and then we could lose the Crisis. Sort of.

It's things like the Morrisons 'Price Crunch' campaign and all the other marketing bandwagoneering that I find the most spooky.

They can't even make up their mind which letter to stick the arrow on :(

Just came across your blog, love your view on things. Can't wait to read some more!

Don't get dragged in, Amy.

Ben - don't tell me that you read the Economist AND the FT ? Oh, you gave up your job didn't you....

Gotta love the crunch graphics, saw this yesterday at victoria