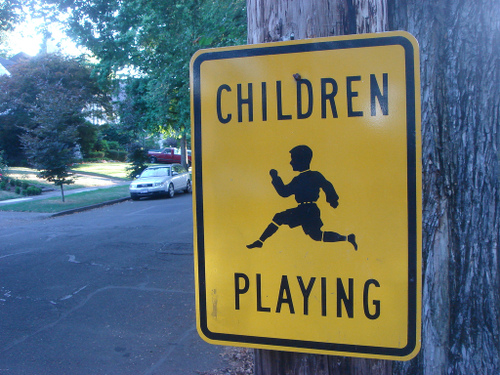 This isn't Mumsnet so we'll skip over the societal aspects of that observation. What I mean is that city kids seem to play within a small self defined boundary. They are happy to play smaller.

I guess we can generalise and assume this is because they live in smaller spaces. But I don't just mean smaller houses, I mean the whole area they have available to play in is smaller. If they are lucky enough to have a garden, it's a small garden.

Everywhere they go, the space available to play in is smaller. If they eat out, they are probably more used to small coffee shops and restaurants. The Pizza Express on Great Portland St is smaller than the Pizza Express at Meadow Hall. So they learn to play smaller. 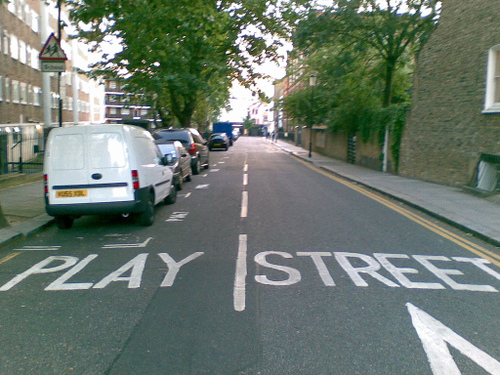 This brilliant photo was taken by Matt. Usual rules apply.

When I was doing A Level Art my Mum used to organise a 100 mile charity bike ride. At the bike ride one year I made a series of teeny weeny sketches. A montage of the whole day, no bigger than a postage stamp, in my sketch book. It was the best bit of work I'd done all year.

When I showed it to my Art teacher he encouraged me to make it in to a big A3(ish) size canvas. You know, in that A Level art way. I spent a few weeks scaling the sketch up. And it was shit. I thought I still had the picture but I can't find it anywhere... sorry.

When it was small, it was the best bit of work I'd done all year. When it was big, it was shit.

Working at a really small scale is something you'll be familiar with if you've been lucky enough to have done an Art Foundation course. Wil Freehorn is a master at this. Take a look at his business cards. 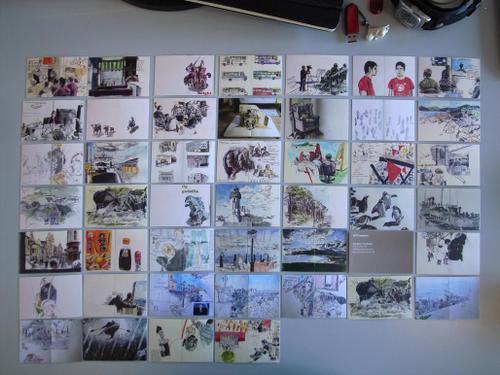 Gorgeous, aren't they? Wil is an expert at working with this scale. Interestingly, it's not just the scale that makes these images so great, it's also the speed. The quick, light touch. The immediacy of his work is exhilarating. Here's some slightly bigger (but still small) sketches made smaller. 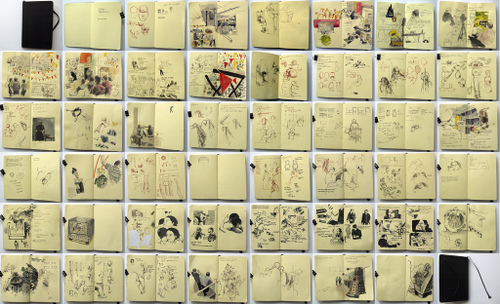 They're great too aren't they?

It's not just the physically small that I find interesting. It's small ideas too. Here's a wonderful small idea featured on innocent's blog. 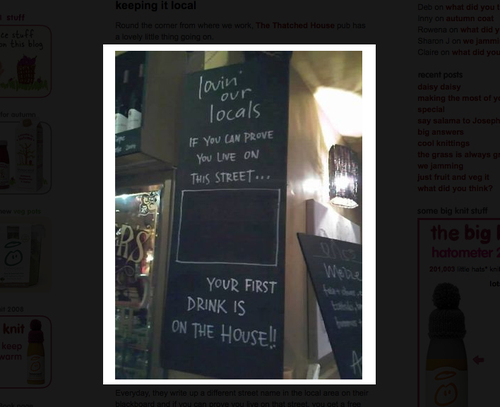 One thing that really brings home Play Small to me is iPhone web pages.

Most people would assume that a mobile web page is a compromise. Not as good or as rich as the main page. The thing is, more and more I'm finding I like the mobile pages better than the main pages.

Stripped of all superfluous content and navigation, devoid of over elobarate graphics, they're like raw 'what I came here for' in one handy pocket sized rectangle. 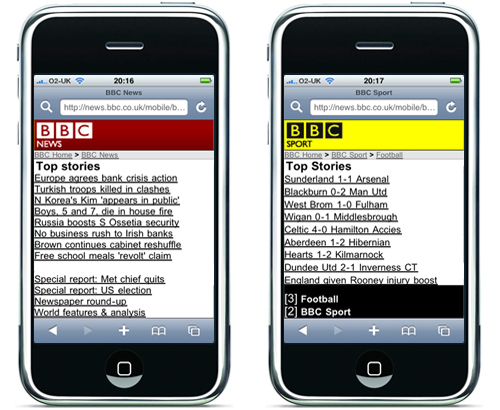 I now find myself opting for the small version even when the full sized is next to me on the laptop. I prefer the BBC News small. I prefer Typepad small. Flickr, Facebook, Twitter, Financial Times, Telegraph - I prefer them all small. 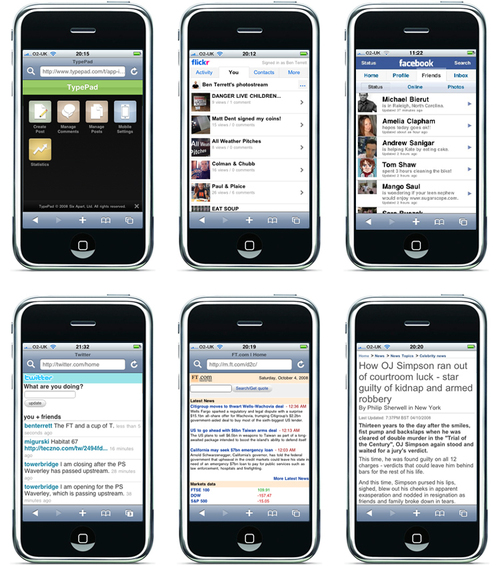 These aren't iPhone apps. These are web pages designed for the iPhone.

Dopplr is pretty much the only site where the big version works just as well on the small screen, I'd even say it was better than the mobile version. Dopplr is very well designed and it's also constructed around a very strict grid and I suspect this is why it works so well small. 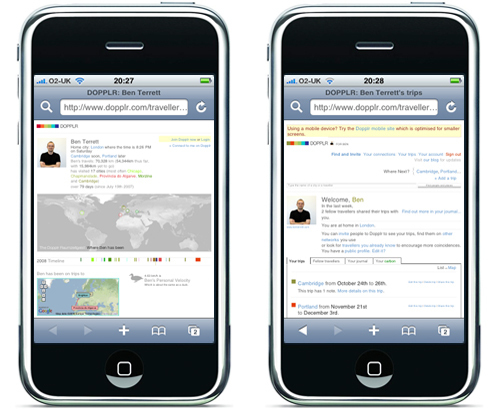 It's a design truth that it's better to design something with restrictions. And it maybe that size is just another restriction, but I think it's more than that. Just like Wil's sketches feel light and quick, so do iPhone web pages. Partly because they are quicker (quicker to load etc) but partly because they're demanding less of my attention. I can get to where I want to go much, much quicker.

Make no mistake, we're currently leaving the era of Baroque brands and moving into a new period of austerity in communication. And as we move towards Depression 2.0 maybe Play Small will become a vital tool for all designers across all forms of media.

Posted at 11:57 in Design Is The New Management Consultancy, New Thinking and Ideas, Tangible Digital | Permalink

"Make the logo smaller" you mean?

"Working at a really small scale is something you'll be familiar with if you've been lucky enough to have done an Art Foundation course."

Really? My foundation course had to struggle to stop me doing my usual little drawings and do stuff big instead.

Ahh. My Foundation got us doing great big ones one day and then tiny small ones the next. A bit like a proportions workout.

i concur with what Phil said - in my foundation year we had to work on A2 minimum.

'the end of baroque brands'... why haven't you talked about baroque brands before ben? i have this theory (and i'm not alone in it) that we are in a neo-baroque period - politically, aesthetically: fashion, art and architecture, in literature and, as you say, brands/comms. i don't know if we're over it though. i think people are going to want the drama still for a few years yet. i think the neo-reformation hasn't run its course yet. but tell me more about this end of baroque brands idea...

Ok. Will do. Shortly.

Small. Well , yes I guess perhaps you like it because you see the information there minus all the surrounding stuff that is on most PC-orientated websites.

Just to add. Looks a little like you've allowed yourself to be sucked into the whole iphone thing, and your comments are just those which disguise the whirling plughole of that?