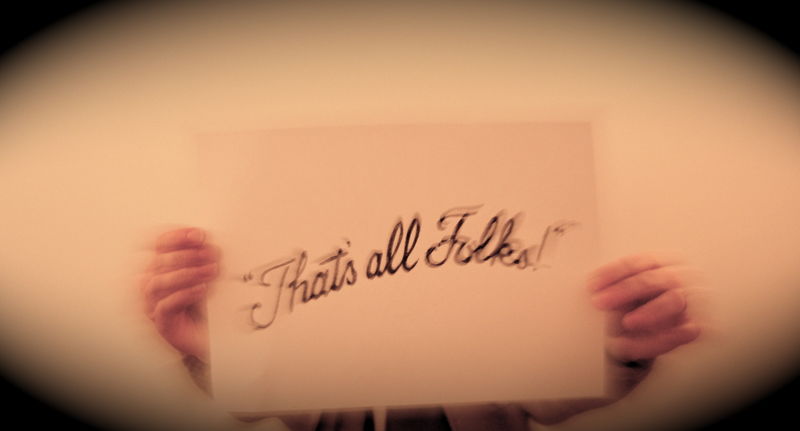 Today is the last day of my Flickr 366. The end of taking one picture every day. I've only missed 8 days, which I'm pretty impressed with. After the jump, here's a short list of things I've learned.

1. It's hard
Remembering to do it is hard enough, but finding something to take a picture of is harder. Where possible I tried to include people. But sometimes you spend a day somewhere where people don't want you taking pictures.

2. It's creative
Even though it's forced it's still a creative act. You still have to think about composition and the like. It's a good discipline and I'd say it's worth trying this if you're a creative.

3. Sometimes there's a long time between 2 days.
7am in one country on Monday and 11pm in another on Tuesday, sometimes that can be 48 hours apart.

5. Series work well
That repetition thing. It works every time.

6. I missed less than I thought I would
Only 8, which is pretty good.

7. It's the best diary I've ever had
It's incredibly easy to remember where you were and what you were doing when there's a simple (dated) photographic record.

Posted at 22:40 in Just Me Doing Stuff | Permalink

This is brilliant. You should make a little book.

A J - It's not a competition, but why is that better?

I know its not, but none missed and (in my opinion) more considered... not meaning to offend here!

i like the idea of process being just as valid and/or important as the final set outcome. as in drawing (thumbs up to the sketch-a-day idea), tuning one's eye to the detail is the ultimate awesome result here. and without playing le faves, i like the fact that, ben, you missed a couple - who is that switched on all day everyday, really? apart from mr crispin of course.

ooo, this is something I'd like to try one day.

My girlfriend did this a year or two back, she really enjoyed it and has just started it again for this year. I'd have a go but I know I'm not disciplined enough, I'd have missed a week by February and then the perfectionist in me would throw in the towel!

This is the closest I've got, mobile phone only and reassuringly sporadic. Nice and low maintenance and great to look back over. Over 4 years and counting...

Did you literally just take one a day? I'm wondering how you filtered them down to one a day, as I would of had to keep taking them til I found 'the one' for that day. But then I guess taking more is a good thing?

How is the sketching going? I started this at the beginning of 2008 but it didnt go well, I found there wasnt enough time to do a sketch everyday...I think my 'style' is too involved. I only managed a few days. I guess if you sketch as part of your work this may not be so bad...and when you say sketch do you mean by hand? or does sketching using technology count?

re: http://polaroid.monicaclapcott.com
That is an expensive year in photos!