There's a lot of navigation around at the moment. The future apparently is micro processors telling you (and everyone else) where you are.

But, today, let us concentrate on the posters.

I'm pretty sure that BT have absolutely no idea where anything is, but they're jumping feet first on to the band wagon. 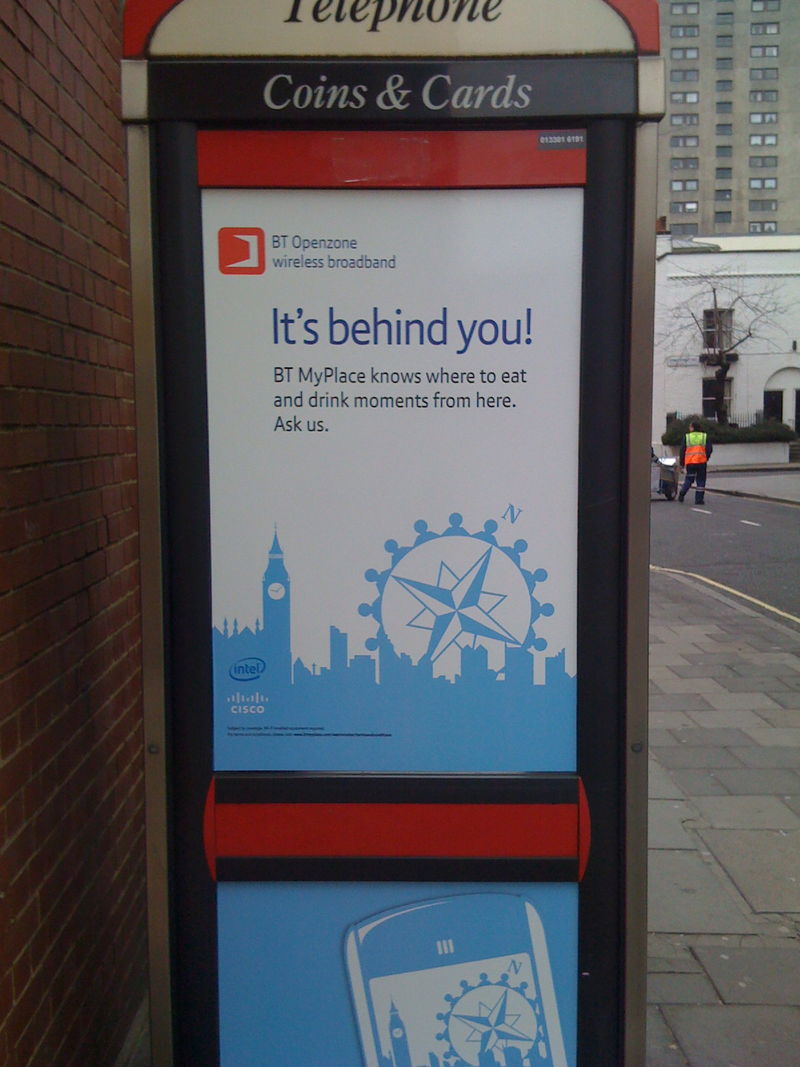 Aside from that insipid blue what I really hate about this is the London Eye compass. Actually, using that circle for a compass isn't a bad idea, not necessarily a good idea, but certainly not a bad one. That shape says London and it says compass - that makes sense.

But we all know what a compass looks like don't we? And that funny star shaped thing in the middle, that thing you only get on compasses, that reinforces that it's a compass, doesn't it? 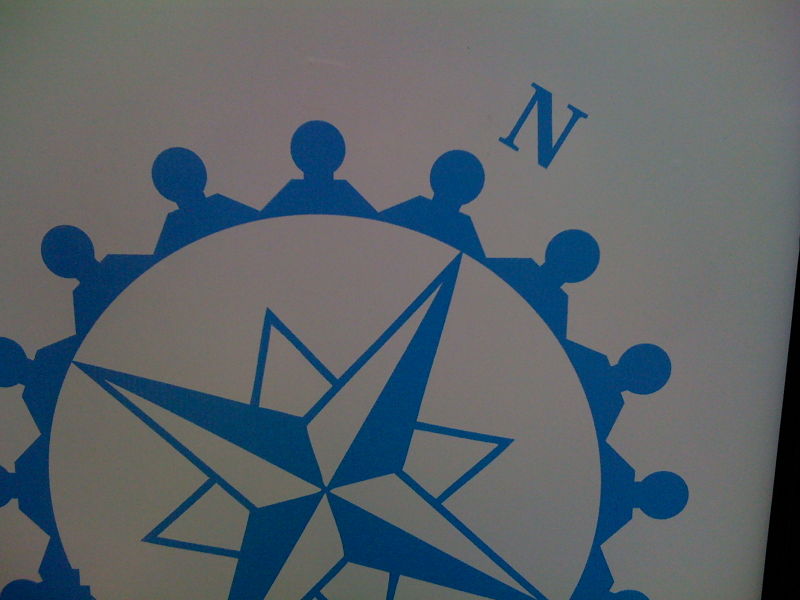 So why did they feel the need to add that silly N? I've never seen a more awkward, embarrassed N in my life.

It's a horrible font. It doesn't sit comfortably in the composition and it doesn't feel like it points North. Look at it again in the top picture. It looks like a mistake.

Further proof that what you leave out is as important as what you put in.

Posted at 09:00 in Complaints Dept., Examples of Bad Communication, The Design Disease | Permalink

I disagree - having the "N" is pretty important in the symbology of the compass. That said, I do agree that the font looks wrong.

True true. However, I reckon at some point the designer (probably from an outside agency) did design this without that awful 'N'. But guessing from experience some client toss pot from BT said something like "Well it's nice, buuuut I don't think people will get that it's a compass. Why don't we put a north 'N' in to make this clear." So the designer goes away and does that. Making the BT project manager feel all clever and that he knows all about design. While the designer feels quite deflated because now his OK design has just been flushed down the pan, by some cock who doesn't know his serif from his sans serif, who thought adding a 'N' would be a good idea.

Russell and John - if you needed to add an N you could have placed it inside the compass. I don't think I've ever seen a compass with the directional initials outside of the circular bit.

I agree with your comment about the client Russell (really I do) but I have learnt or am learning that the power is always with us (designers). The N isn't needed but once requested the layout should have been amended to make the N work. It is quite simple, rotate the compass and London Eye a little so that there is some symmetry restored. The slightly off angle, juxtaposition, was lost when the N was added.

yeah i agree with Ben. if anything i would have placed it on the inside of the "compass". To make even more sense i would have had N E and W inside there, also agreeing with Russell chances are that they were asked to place that N there against their initial concept.

agree with Calvin & Ben if they are going through the trouble of putting the N, then put it W,E & S on the inside of course. The way it is now it looks horrible, it is just floating there. My boss would beat me with a ruler if I presented that.

But I feel agencies took a look at that and were worried that some "not so bright" people might not get that it is a compass.

Or the designer could have just said: "it'll look daft", and tried to tell them it wouldn't work. Then if the client persisted, follow what others have said.

The design reminds me a lot of Johnson Banks' recent Think London co-id.

It definately needs the N - otherwise people might think 'oh there's the London Eye with some strange engineering in the middle'. The N re-inforces the fact it is a compass, I've never seen a compass without an N on it.

But you're right it should be on the inside or the circle. The placing of the N is clumsy and looks 'plonked' though.

This whole discussion reminds me of that Spike Milligan observation: "It's only the hairs on a gooseberry that prevent it from being a grape".

Have BT just decided that their phone boxes will get more use as advertising hoardings than as places to make phone calls from? Because gluing an opaque ad all over the box doesn't really invite you in now does it?

Maybe they're just not being used for phone calls anymore.

I mean, I know not everyone has a mobile, but when's the last time you saw anyone using a phone box for anything other than a late night pee or as a shelter from freak weather?

Russell has kind of said what I was going to say: this is an obvious example of Nervous Client Syndrome. "We're a bit worried that the punters are thick as pigshit, and won't understand this clever idea. So we need to signpost (sorry) it as loudly as possible. Stick an N on it, that should do it."

I think Ben's right that the shape within the Eye is sufficiently compassish for all but the dullest to grasp it. The fact that real compasses have Ns on is a bit irrelevant, isn't it? It's a graphic device, not a real compass. If it was a real compass, it would be a bit too big to handle. And there would now be a vast blue N floating lop-sidedly above the South Bank.

Is the London Eye being sponsored by NATO now?

Is it really "an obvious example of Nervous Client Syndrome". The designer could have done it and been very pleased with him / herself.

Either way it just looks odd and the 'n' isn't the only problem. I don't think it really gets the message across very well.

I think with a tagline like that, a theatrical image would be more appropriate. Perhaps around Covent Garden...

At least angle of compass is matched by hands on clock.

If your going to put the N in there, at least line it up with the compasses point. Its set too far to the right.

I think you need the N, I wouldn't have known it was a compass without it