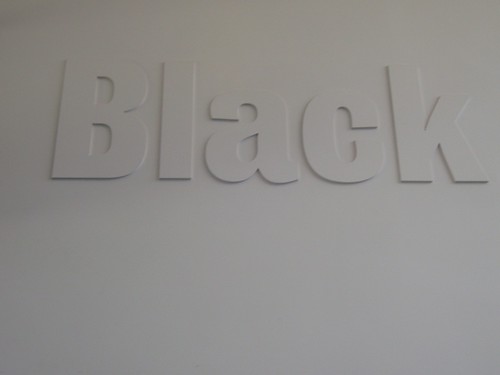 The "Is it time to retire the black and white logo?" post continues to receive much traffic and many comments. You should read them all.

Robert has just argued in favour of keeping the black and white logo and in doing so has included the best and the worst points of the debate.

Best point: "TELEVISION - Yes, TV logos are mostly in color. However, they are requested by the station in black and white. The TV studio then generates the color from the submitted bw art and Pantone® match chips."

That's a valid point and I bet there are many forms of media we don't know about yet that will operate in the same way.

Worst point: FAXING - Necessary for rapid faxing of info. The company does have its logo on the fax sheet doesn't it.

Actually it's not a bad comment at all. I've worked with quite a few TV stations/networks and you'd be surprised how technologically behind they can be - they still fax aplenty, so it is a relevant point.

I think that having an only colour logo kind of makes you a bully--you are imposing your logo on others without giving them any flexibility. I'm making the materials for a conference that a nonprofit is hosting, and many of the things are in black and white, and when the sponsors provide logos only in colour it takes time and effort to make them usable.

Thinking from a exhibtion graphics perspective it's great to have the option of a B+W logo. You may want to build the logo in alluminium type blocks or cut it out of wood, or dye cut it through panels etc. This could also apply to print.