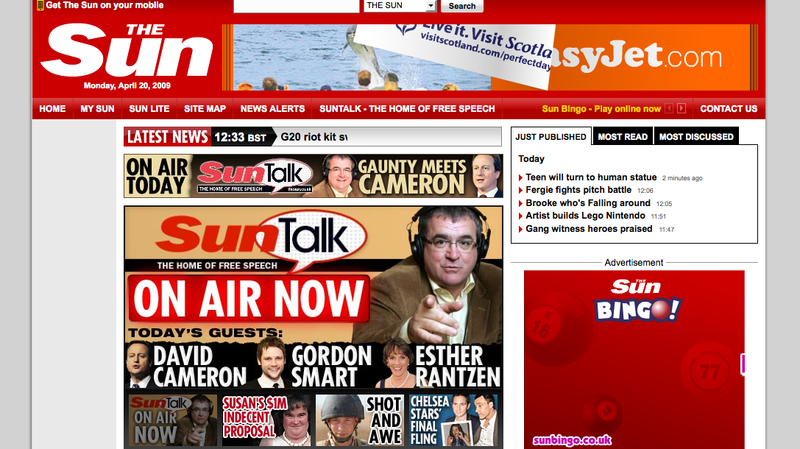 You may not have noticed, but The Sun have just launched a radio station.

I think it's interesting for several reasons. Lots of non-radio media owners have launched radio stations, or at least tried to. Or stretched podcasts into sort of radio stations. Channel 4 tried and The Telegraph do lots of this sort of thing, but this feels different.

For a start, it's by The Sun which have the largest readership of any UK newspaper. They're also (I think) the second biggest UK newspaper website outside of the UK. So that gives them big numbers to play with.

They've made the very wise decision to have John Gaunt host the main programme. John Gaunt is a Sun columnist, but more importantly he's an actual proper Disc Jockey. A radio person. So that already makes more sense than a journalist doing it.

And it's backed by Murdoch. Who has great experience of different media channels and of broadcast media, including radio.

So when you add that little lot up, it's a no brainer. As people say.

If you read Alistair Campbell's Diaries, you'll see that Blair does a lot of cosying up to Murdoch in the few years before Labour get elected. That's verification of how important Murdoch (and the associated media channels) are. So it was even more interesting to see that the first ever guest on Sun Talk was David Cameron. That's a big deal, in a litte way. I bet a lot of radio stations would love to have an hour long interview with Cameron. 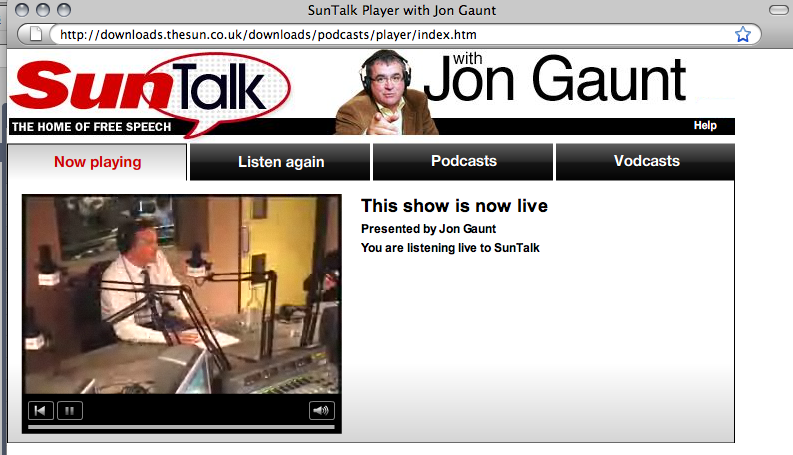 Of course, a big set piece interview with the (possible) next Prime Minister yeilds a few stories for the paper the next day. 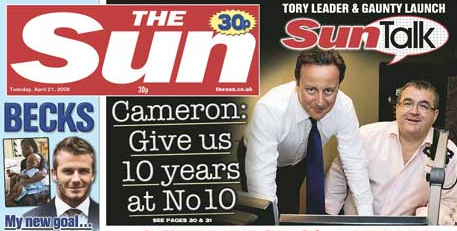 They start with a big, global audience, they have proper DJ's presenting, it's funded by someone who already runs radio stations and they can attract big guests. I think it might work.

Posted at 10:56 in New Thinking and Ideas | Permalink

At first I read that as 'John Grant', which would have been extraordinary.

I was thinking about this the other day and it occured to me that the only reason why newspapers exist is to make money. It's a simple as that. And they will run the stories or approach them from an angle which makes sure as many papers are sold as possible.

Surely something as important as the information that gets communicated to the people should be sacred and one of the most highly regarded careers paths in the world. Maybe it should be run by people with highly developed morals and a sense of right and wrong.

I have no idea how it could be done another way as obviously the other end of the scale is a government controlled media which is a million times worse.

What about a wikipedia style media which belongs to no-one but everyone can edit? or make it a registered charity?? or how about a newspaper where every story has 2 versions each from a different point of view?

Um, I have no idea what I'm on about here can someone ask me a question about kerning please?

A newspaper with two versions of the same story is a great idea. Only problem is it might replace the idea of a single version of the truth with the equally false idea that every story is part of a binary for & against argument. Might be interesting to have a newspaper filled with 56 versions of the same story – something like the MMR scare. Everything from short snippet to panicky feature to coolly scientific analysis. Or how about some sort of newspaper aggregator that pulls together every newspaper’s take on a certain story and prints them all side by side?

Someone ask me a question about apostrophes.

Ben: please, that's not the sort of question I want answered pre-watershed.

I once had a nasty experience involving a forward slash and a colon.

(Sorry, this is actually starting to sound like a Sun column now.)