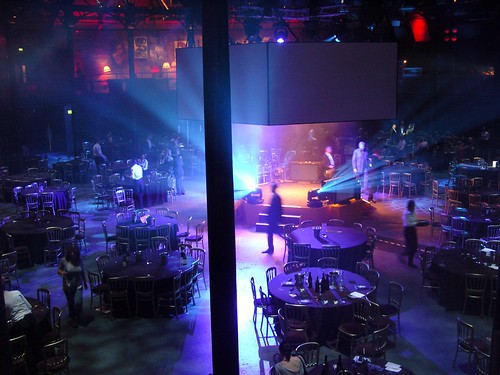 This has been said many times before, by cleverer people than me, but the great thing about the internet is how easy it makes all that. We had a brilliant table, full of great company, randomly arranged by people who don't really know each other. As Chris Doyle mentioned, he could have flown all the way from Australia only to be a stranger on a table of 11 wankers. Instead, we had a great time. Lots of laughing and drinking and more importantly, winning. Thanks, internet.

Chris won a yellow for his Guidelines. 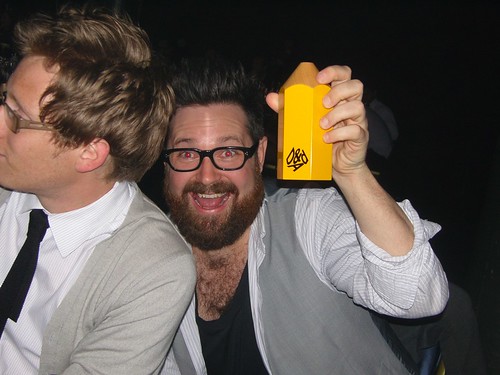 Nick won a yellow for his Corpoetics. 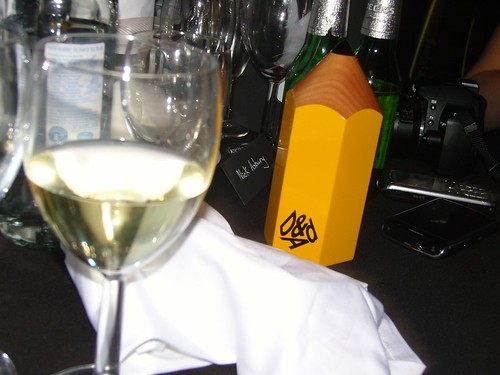 Troika won a yellow for their Cloud, and, of course Matt won a Black Pencil for his coins. 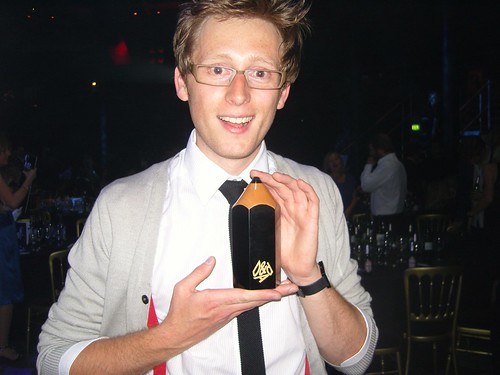 That's really the story of the night. Especially for design. Lots of people reckon Matt is probably the youngest ever Black Pencil winner (in design). To get an idea of how incredible that is you need to know that there have been about 5 Black Pencils, in graphic design, in the last 20 years. Advertising is a bit more generous, but in graphics that's a seriously hard award to win.

Creative Review have a full list of list of winners here. The only one I want to comment on is Coca Cola. As I said before, Coke describe their much improved graphic style as "No more bubbles, no more drop shadows, no more extraneous detail". Well, thank fuck for that. It's called common sense and when it's beautifully executed it should win awards. 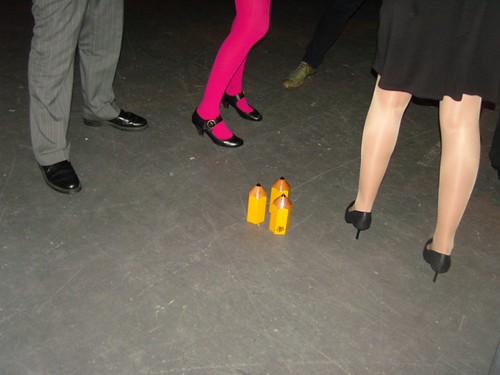 It was a great night, well organised and I'm sure someone will leave a comment saying the food was shit. (Don't ask me - I hate food - but every year people say the food was shit.) But why oh why was Richard E Grant the host? I will never understand why the awards need a celebrity host, for an organisation as infamously perennially financially challenged as D&AD surely paying Hollywood actors wages is not a good idea.

I will also never understand why the President doesn't do the hosting on his/her own. I've seen Tony Davidson, Simon Waterfall and Garrick Hamm speak to theatres and pub crowds and all of them could present the awards. And do a fantastic job. You don't get to be D&AD President if you're a wallflower.

Moan over. The D&AD are a great oganisation and we'd be poorer as an industry without them.

Building our table from your blog was inspired, Ben. Thanks for helping make it a fantastic night, even though you and I ended up the only pencil-free parties at the table. Next year.

Richard E Grant was a seriously bad idea, as anyone knows who was there. And I speak as a fan. And you're right about the cost, although I assume D&AD will be requesting a refund...

hang on a minute, you hate food? what does that even mean?

I was a bit bewildered by that too. Explain, Terrett. For what it's worth, I thought the food was pretty good. Never easy catering for those numbers. And I love food, by the way.