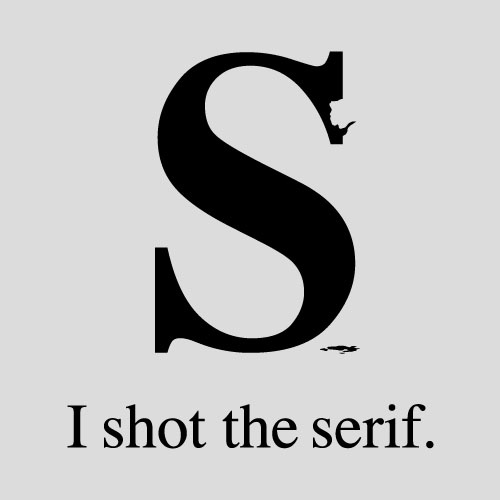 Image thanks to David Zülke.

That bit with the hash symbol is called a hash tag. It's a little thing which makes it really easy to search Twitter for particular subjects. Conferences love them. Humans use them when discussing TV programmes, #apprentice or #bbcqt for example. They are also used for memes.

Matt may not have been the first to use that tag, but he's the first one on the Twitter search. (Twitter won't let you search people who have made their tweets private.)

So. Where were we? Oh yes. I replied/

Richard even had his retweeted by the Britney Spears fan club.

And before we knew it a meme had been created. Someone should tell Robin Wight.

Currently there are over 300. Here are some of my favourites:

Wind Beneath My Wingdings

We Have All The Times In The World

You can see them all here.

Except we were focussing on musicians, the collective group came up with the following line up:

Anthony And The New Johnstons

Sly And The Family Stone Sans

Queen of the Stone Sans Age

Does Sly & the Family Stone

hows about that then? I'm sure there's a student out there who'll turn these into posters...

i LOVE that image.

"But I did not shoot the Bodoni."

Just brilliant. Sent to all my GD friends. Cheers!