A few weeks ago you may have noticed this gorgeous thing whistling around my Flickr pages. 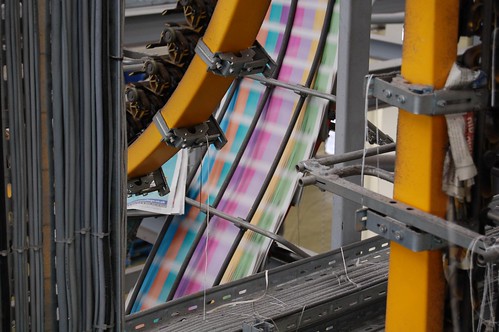 It's a newspaper we designed and printed for the BBC called 8.

It's a collection of essays which came out of 8 studies commissioned as part of the AHRC/BBC Knowledge Exchange Programme. The paper contains articles by Bill Thompson, Katherine Corrick and Pat Kane among others. Brendan from the BBC talks more about the project here.

I'm particularly fond of the cover. Looked great on the press. 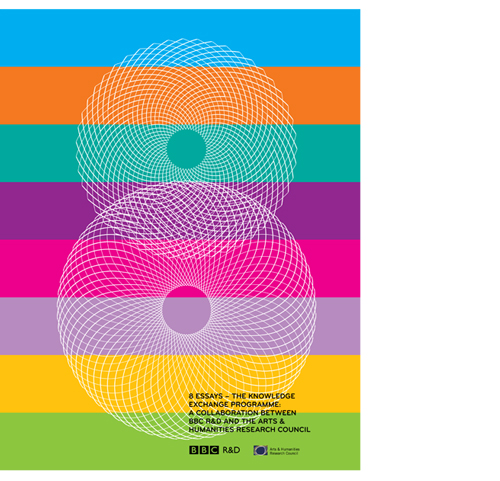 Back in January when made TOFHWOTI we said it was a product of the future. The success of that project made us investigate that a bit more. We spoke to 4iP, Channel 4's investment fund, who agreed to fund a separate business called Newspaper Club. 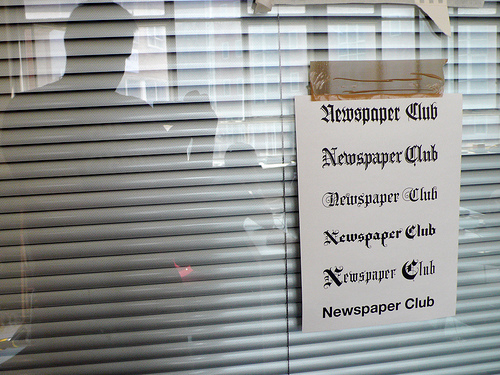 Newspaper Club will have two components. It's main purpose is to allow anyone to curate, create and then collect (by that I mean print, but that doesn't alliterate) newspapers. It might be a group of birdwatchers, the residents of an estate campaigning for improvements, or a yearly “best of” printed product for obsessive bloggers. You'll be able to organise this stuff online and then print as little as a few to as many as a few thousand.

Those newspapers will be based on template designs and the user will have limited design choices. Obviously. Which is why I've been thinking about this stuff.

But we realise that some people may want a bespoke option to create something extra special, like 8 for the BBC. A document created from scratch. We're currently working on another one for Penguin which I'll tell you about soon.

Newspaper Club is a major project, lots of people already seem excited by it and there is a lot more I want to tell you. Stuff about how we're working as a team, how we're building the Newspaper Club brand, 4iP, designing templates and so on. But I shall save that for another day. 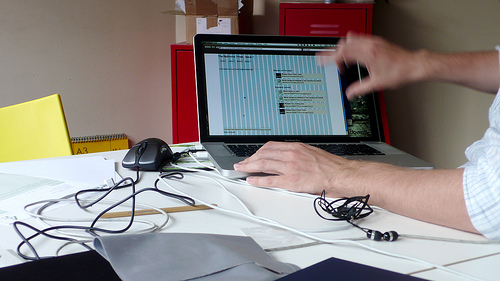 We launch in September, but in the meantime you can follow our adventures on the blog over here. According to Tech Crunch it's 'hilariously frank'. You can sign up for a beta invite here, you can read our insightful Twitter updates and if you'd like a bespoke newspaper for your corporation you should give me a call or drop me a line - ben@riglondon.com. 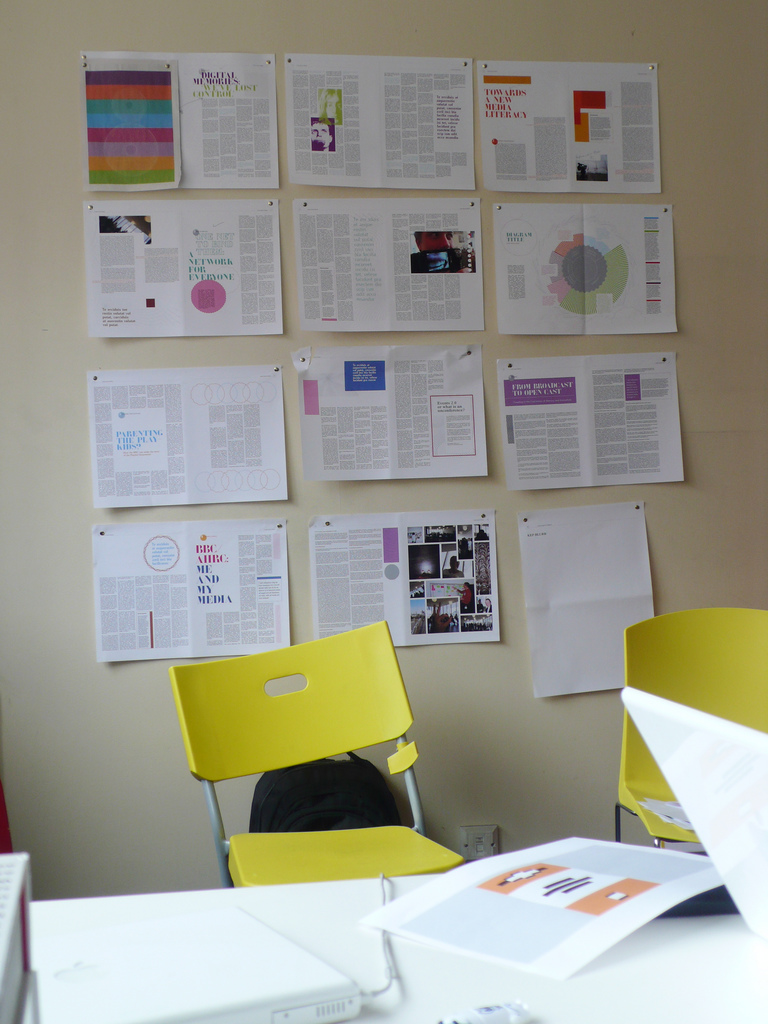 This sounds like a fantastic project and one which sounds like it could be successful. I've always wanted to produce something similar to TOFHWOTI (although probably not to that extent) but perhaps on a smaller scale than 1,000.

By the way, I'm curious how you will get around a slew of copyright claims. If the Newspaper Club is "a tool to help people make their own newspapers using online content", does that content include things they've found and aren't necessarily owned by them?

You want to watch those apostrophes terrett.

my copy of 8 arrived in the post this morning. and a great thing it is.

it looks lovely. and i've only read the first essay, by tim wright/that @kidmapper fellow. my, he's clever.

When Newspaper Club launches, perhaps it could have ads that you can drop into your own newspaper. Advertisers could then appear in your custom publication, like Adwords on your website, and after scanning the meta heads for the uploaded newspaper, the software would decide whether it's relevant, or not. The user could get a discounted print fee.

I love this idea, it sounds really interesting. Definitely something I would want to get involved in! I'll be watching what goes on...

Well done. Very happy for you.