There are two exhibitions worth blogging about at the Design Museum right now.

The Design Museum has a lot of faults. But it gets one thing massively right and has done for a long time. YOU ARE ALLOWED TO TAKE PICTURES INSIDE THE MUSEUM. 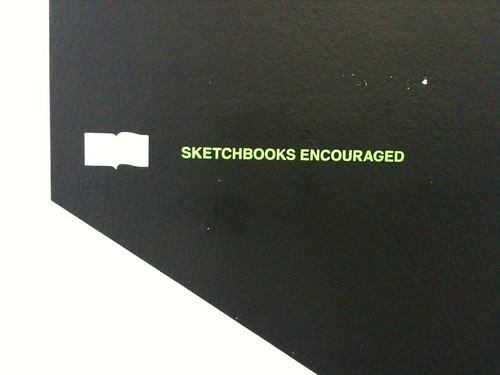 I assume the reason museums wish to restrict this is that with the advent of cheap, small, high resolution digital cameras it is easy for someone to make unauthorised, good quailty, reproductions of famous works of art. But like all digital / social media etiquette dilemmas common sense has to become common practice. The Design Museum, for example, allows you to take pictures but they restrict the use of flash, which in a environment of controlled lighting makes getting artwork quality pictures hard, but gives enough freedom for blogs or personal sketchbooks.

I know of no museum that bans, or actively discourages sketchbooks, but the Design Museum is the only one I've come across with a little sign promoting it. In a world where every task is preceded by warning signs this is a refreshing change. Nice sketchbook icon too.

On to the exhibitions. First up, Super Contemporary.

"Design Museum has joined forces with Beefeater 24 to celebrate the fearlessly progressive spirit of London's greatest creative minds, past and present. London is after all where Beefeater has called home since 1820. Having created its new luxury gin, Beefeater 24, in 2008, it wanted to celebrate its own achievements as well as those of other creatively-minded Londoners. Collaborating closely with the design museum on super contemporary has offered up the perfect opportunity."

This is more than a sponsored exhibition, it feels like an idea that came from Beefeater's marketing department. Still, nothing wrong with that if the exhibition is good.

And the exhibition is good. But only good. (Apart from the usual complaint of being too small) it's main fault is that it's too obvious. Too bland. London design in the 60's? Let's have that Fletcher, Forbes and Gill picture. The 80's? The Face. 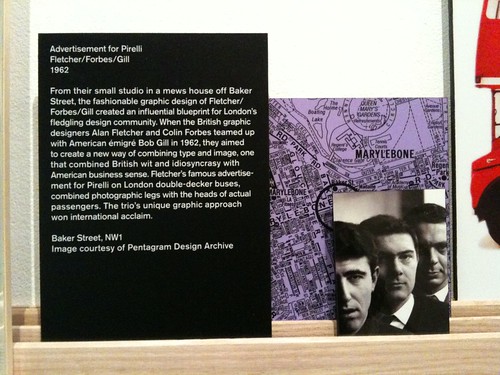 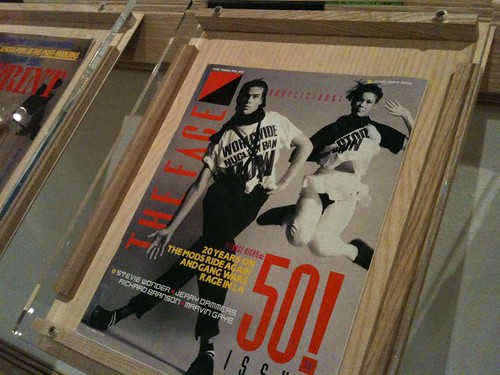 There's nothing wrong with that. I'm partial to a bit of 60's Pentagram and The Face still looks as awesome today as it did then. But it just feels like you've seen it all before. (You may not have seen it all before of course, in which case you should go immediately.)

But still, there's loads of good stuff and even if you've seen it before it's still great to see things like this. 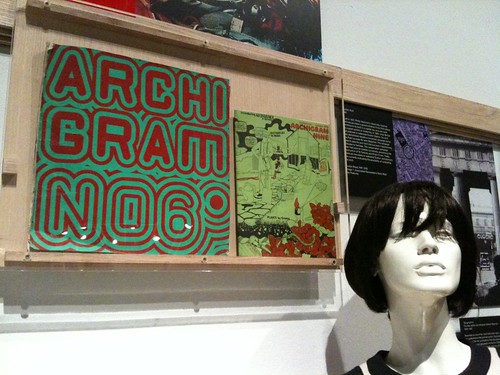 So (and I feel like I've said this before) worth a visit, usual Design Museum caveats apply. More pictures on Flickr.

This was better, because it was so unexpected. 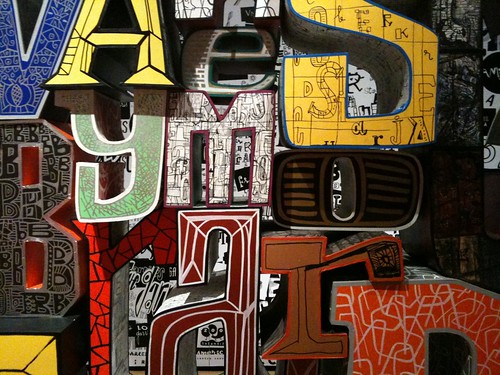 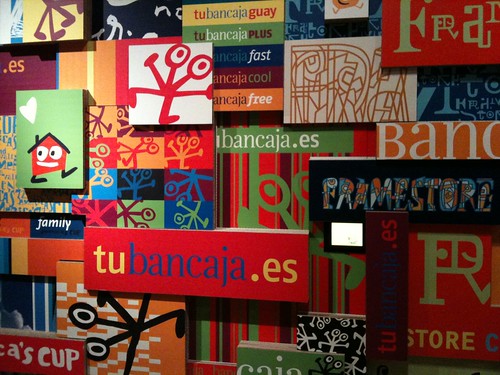 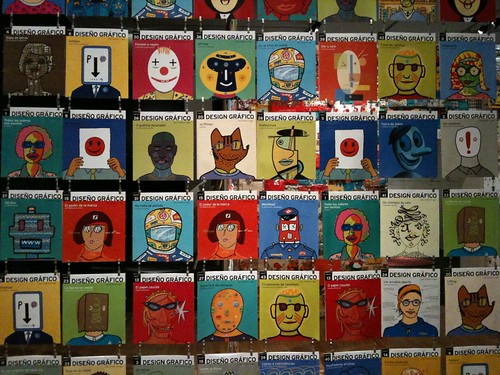 Lots and lots of lovely colour and graphics. Vibrant with an unmistakable energy. Javier Mariscal is a truly multidisciplinary soul designing furniture, interiors as well as graphics. And he of course designed the "most profitable Olympic mascot". 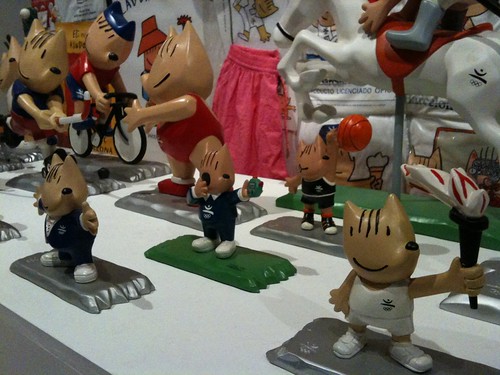 And this wonderful mural outside the Design Museum. 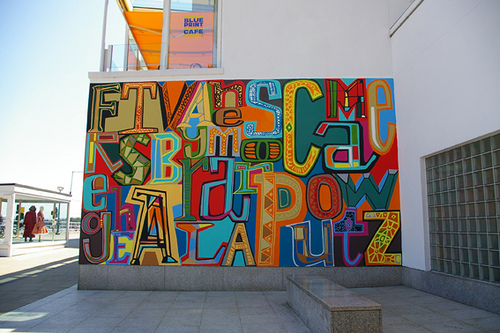 The colour and movement in the lines and shapes is very refreshing. It's very rare I like this sort of illustration / graphics crossover stuff. But this is great. Lovely stuff. Worth going to see. More pictures on Flickr. 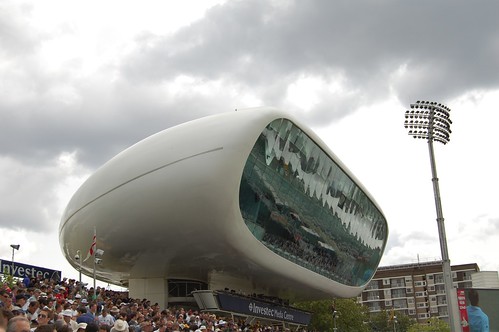 The two exhibitions together make a visit worthwhile and there's the added benefit of catching the Jan Kaplický retrospective, which I haven't blogged about. That's good too.

I've just realised I'm writing this like you're all Design Museum veterans. In case you're not, the Design Museum is based in Butler's Wharf on the southside of the river by Tower Bridge. Nearest tube London Bridge or Tower Hill and walk across the bridge. About 10-15 minutes riverside walk from each.

Posted at 14:15 in Exhibition Reviews | Permalink

The Kent Battle of Britain Museum at Hawkinge has a total ban on photography and any kind of note-taking or sketchbooks. They'll even try to confiscate camera phones.

I'm for sending Steven Wiltshire in there.

One of my pet hates. Just in case you ever put this on any piece of design.