« Next, Katie did India | Main | That offensive Stephen Bayley book »

Yesterday we went to the South Bank to try out The Hidden Park, an iPhone game.
[website] [iTunes] 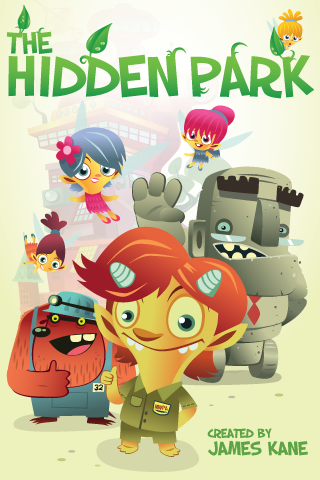 It's an ambitious game that uses the iPhone's GPS, the camera and the speaker  to create a sort of ARGish geo-cachingish mash up for families. You pick a park, head down there with the kids and run around solving clues and puzzles and trying to find the magical creatures. 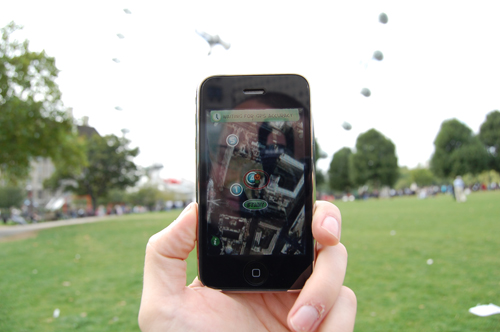 I am not a gamer at all. (Apart from the iPhone) I have never owned any games console. The last time I played a computer game was Guitar Hero at Christmas and before that I have absolutely no idea.

But I have an iPhone and I have kids so I'm probably a good test case.

It's very hard to review this game for two reasons; firstly it's not as good as you're imagining it is and secondly that's because the technology is a weeny bit clunky for the full experience. I'll try a review and hopefully you'll see what I mean. 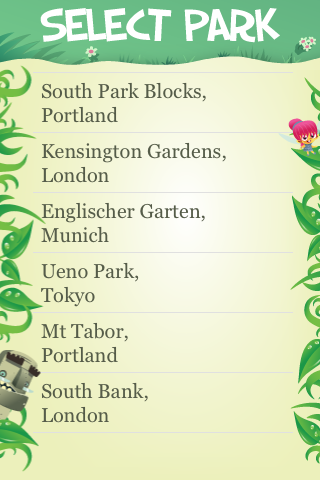 OK, first up, you choose a park. In London you can pick Kensington Gardens or the South Bank. That's a disappointment right there, in your head you imagined you could play it in any park didn't you? When you think about it, it's obvious that you have to play in a pre-determined place as the game play uses the features of the park, but that's a good example of the perception and the reality not matching up.

Anyway. You start the game. Trutton rings you up. This is brilliant, it looks and feels just like a real phone call and the kids identified with that straight away. Trutton gives you some instructions and off you go. 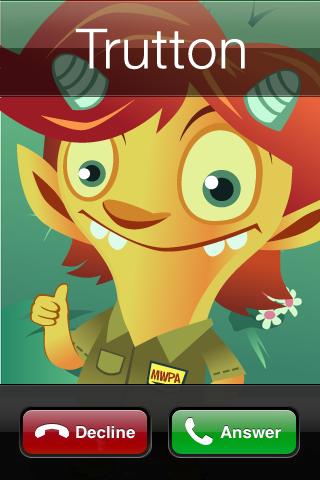 Most of the time the maps were pretty accurate, but a few times they weren't. 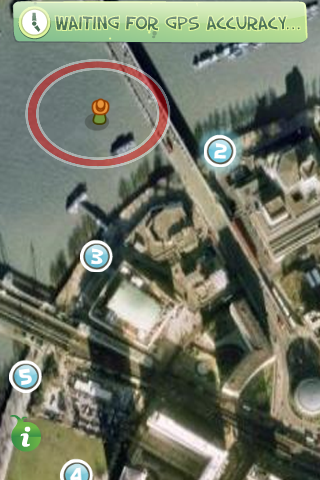 We weren't in the middle of the Thames. It says waiting for GPS Accuracy, but I waited a long time and it still didn't get the location. This is a technology/reality problem that's only occurs because kids are involved. They want the map to be right straight away and they don't understand waiting. 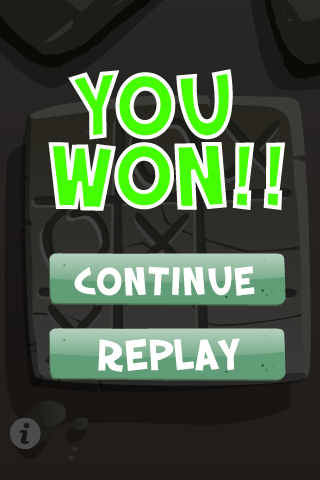 When the map works, it's ace. It picks up where you are and triggers the next chapter. There are little puzzles to solve along the way, simple ones that give you a great big rewarding 'well done'.


But best of all is the camera link up. The game tells you to point your camera at specific things in the park and then brings the screen to life with little characters. 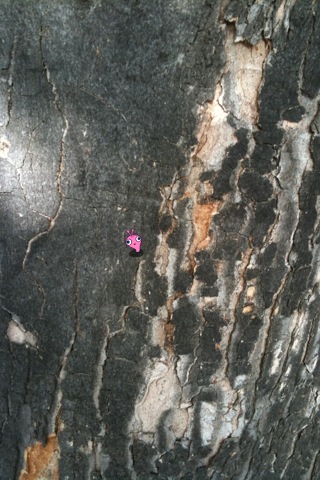 It does this really well, the graphics are fab and animated nicely. The kids loved this bit. The story is a bit weak and (obviously) it sometimes over relies on the iPhone's attributes. But my main complaint is that there's too much walking. We started off by the London Eye, then we headed over to the BFI, then back to the Eye and then across to the National Theatre, back to the BFI and then finishing at Gabriel's Wharf. That's a lot of walking with small children. Especially in a busy tourist location.

The best bit as far as the kids were concerned were these brilliant little photos created by standing in exactly the right spot. 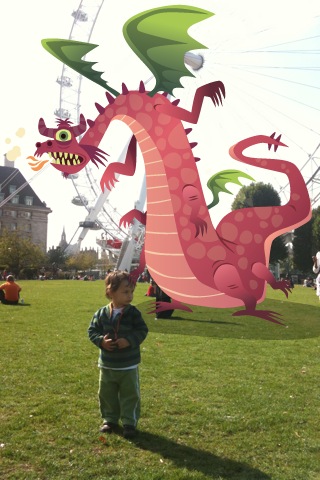 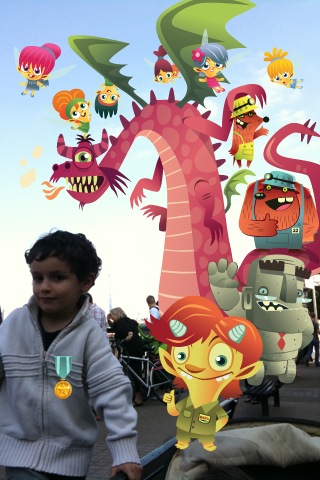 They are pretty awesome. Especially as you (or the child not in the picture) can watch the creatures walk on to the screen.

In summary, it's not perfect but I think it's unreasonable to expect it to be. It appears (to me) to be at the forefront of a potentially massive market. It has the basics right, it looks great, it's fun, it's simple and it makes good use of the iPhone. It's sufficiently parent and sufficiently child.

It seems to make sense in an emerging post-digital world. It takes something you can't do on a screen (going outside and run round a park) and merges it with something you can't do with twigs or paper (animate creatures over pictures etc). But also it takes the best bits of those worlds, going to the park is a good fun thing and gps and camera etc uses the best of the iPhone. That's smart and importantly it doesn't feel forced or false. Throw in gaming on the top and you've got a very interesting mix.

We had a great time playing and I would play it again. For £3.99 you can't really complain.

I'm not interested in games, but this sort of thing could easily get me hooked.

You should have just taken them to Thorpe Park, it's way fucking better.

Wow, that's a really clever idea - I'm sure these things will develop and become more accurate, and then it will end up as a really damn cool game! I love the phonecall and the characters-in-photo, that's a great idea for kids.

Sounds like they used the same location coordinates as was the case in an HP-sponsored thing I got dragged to about two years ago. Your graphics look much improved and I bet it was warmer than a November night.

Looks really interesting! This game is a great idea for kids. I also hope to see some hardcore games embedded soon on our iPhone like World of Warcraft. I think I will be more grateful if that will really happen.

Well, The Hidden Park is really a lovely game. It is best to play in free time and have some refreshment. I have played this game during mu bus journey of https://www.goldenbustours.com/niagara-falls-bus-tour-packages/ and had such good time.