« The Art of Fontana Modern Masters | Main | Copywriting and typography »

One of the reasons for starting RIG was to do things. To do the things everyone talks about in meetings. To experiment. And so using a 3D printer we made these Datadecs at the end of last year. 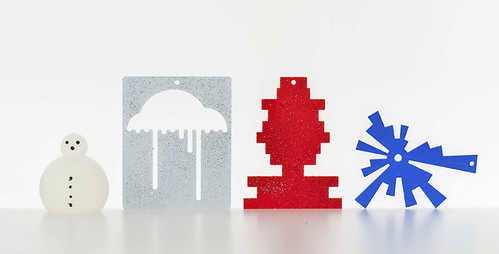 They're Christmas decorations based on individual social network data. So the size of the head on the snowman represents the number of Twitter followers you have. The silver cloud shows miles travelled per month on Dopplr. The red one represents monthly scrobbles on Last.fm. Blue, the apertures you've used over the year on flickr. 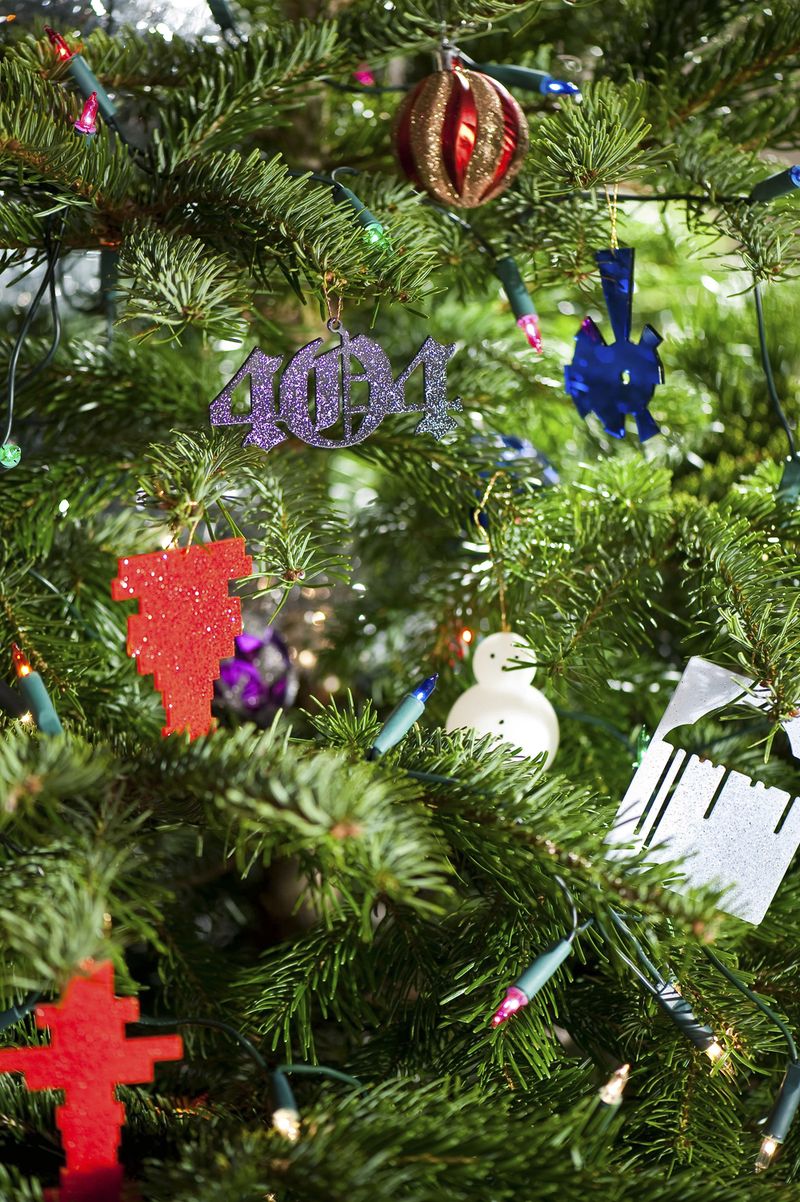 We made around 40 sets and sent them to friends of RIG. 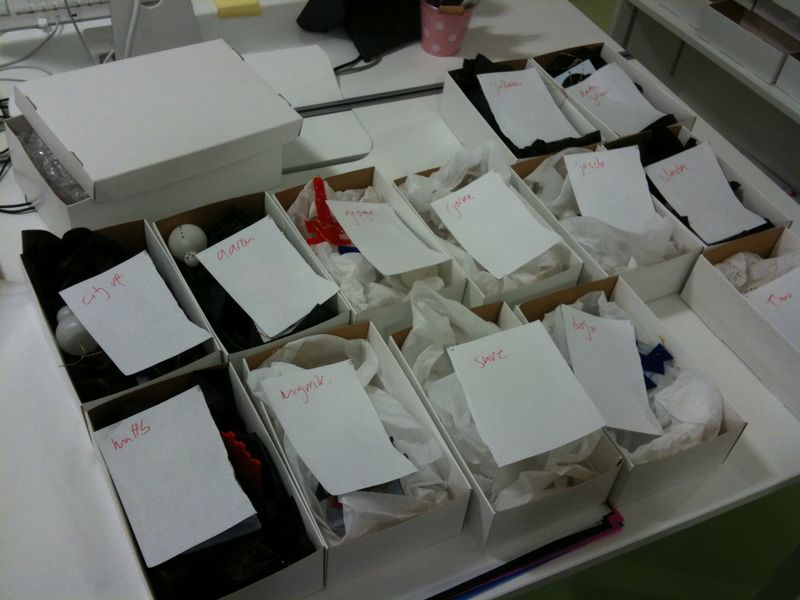 Andy Huntington helped us with all the physical 3D printing stuff and he's written about that over here. He explains more about the data and the difference techniques used. Read it, there's even a video.

Russell has written a detailed piece about the thought behind the project. Read it, there are even charts. 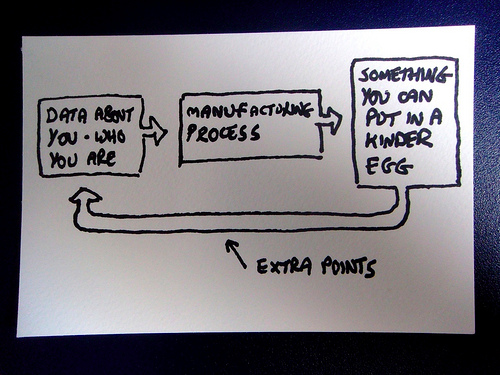 And now I'm going to talk about the colours and the sparkly bits.

Visualising data is very hard to do well. It's hard to communicate the data clearly. Matt Jones talks about making it glance-able. As you should have come to expect from Matt, that's a brilliantly effortless way of describing what success would look like.

Designing in 3D is hard. In fact designing anything that doesn't stay still and flat on a rectangular page is hard for graphic designers. That's why most web pages look so shit. But 3D is another level of hard.

It was probably the snowman that gave us the most trouble. 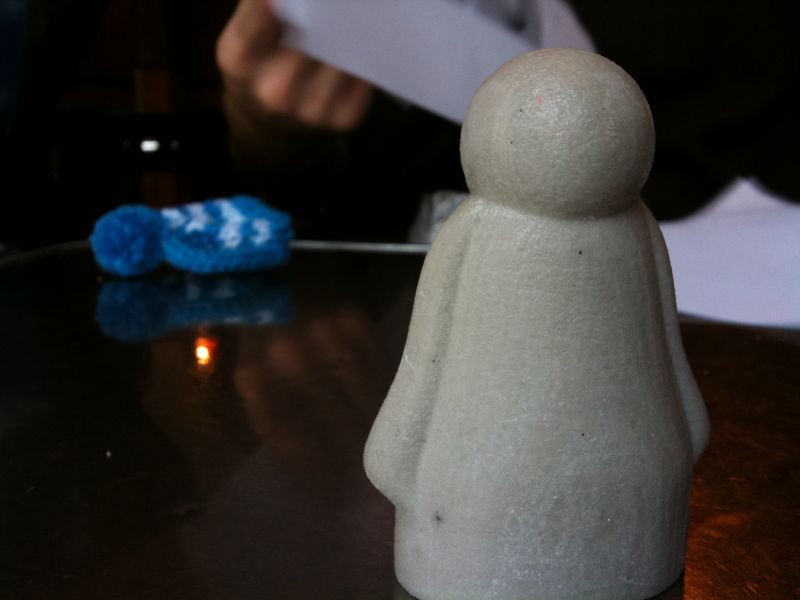 Not very snowman like. For me this unlocked a key element of the creative work. Make it more Hallmark.

It's one of those things where you should make it look how it looks in everyone's head. Which is like this. 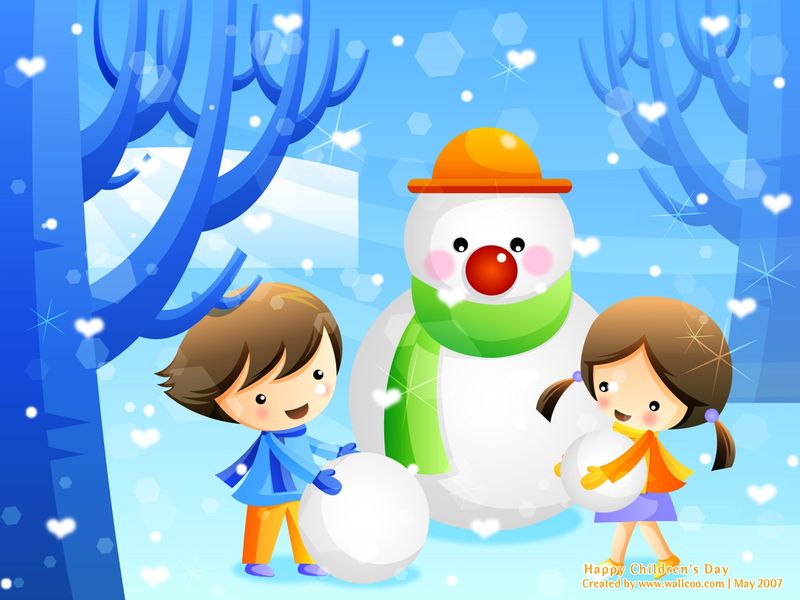 We had hats for a while. Innocent kindly agreed to donate some of theirs, but in the end they didn't make the cut. 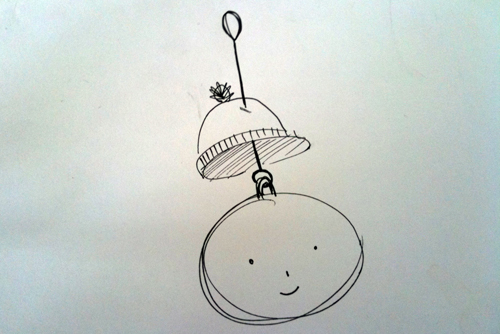 We had changeable parameters to consider, but we were able to work with that. 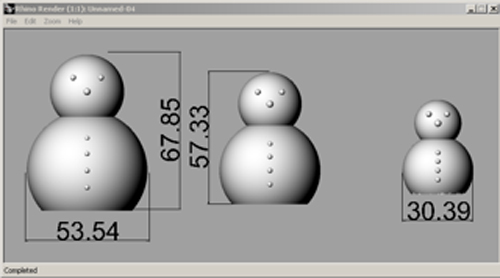 As I've mentioned before there's nothing worse than a Christmas designed by designers. Christmas should be left in all it's gaudy uncoordinated glory. A good designer should recognise this.

Dopplr is a cloud because we're gently referencing CO2 usage. Originally we wanted to use Dopplr's CO2 data, but that was too hard. The other decs take colours from the host brand, Flickr is blue and Last.fm is red. But they needed glitter. So we added glitter. By hand. 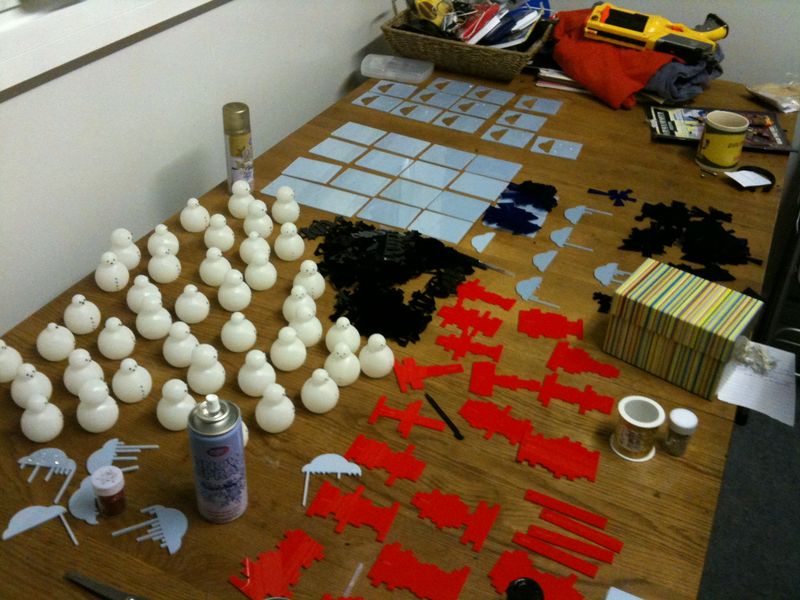 It seems to me that there are 3 aspects to these projects. The idea, the production and then the dispatch. All of those things are hard, but the dispatch especially so. What size box will they go in? How will they arrive unbroken at their destination? And the unboxing. The unboxing is crucial.

Which is why we asked a friend of ours Russell Duncan to photograph the decs properly and why we designed this card to explain the project and so you could see all the data next to each other. 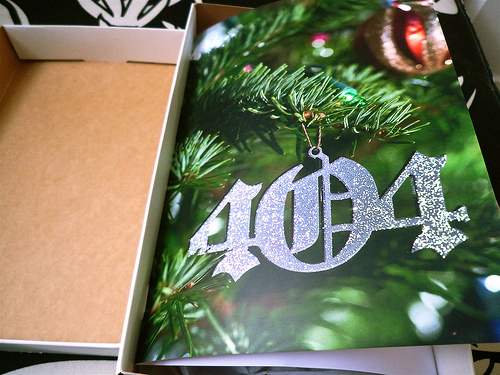 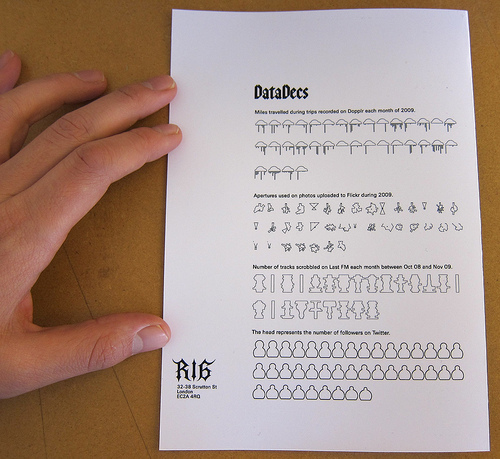 This picture from Iain shows how glance-able they are.

I think that's about it. We made something trivial, playful and unimportant using data and 3D printing. We learned lots. And I feel like we're further along a path than we used to be, which is the goal.

There's more if you're interested; people have been writing about them on the internet Beeker, Julian, David, Dan, Anne, and  Iain. 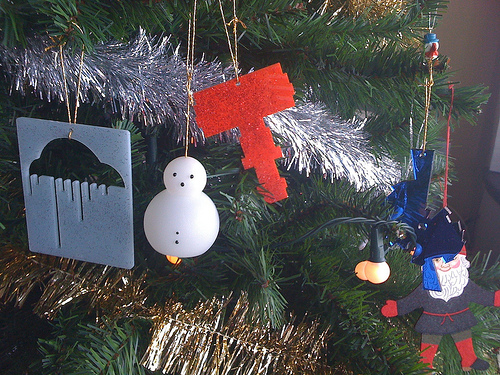 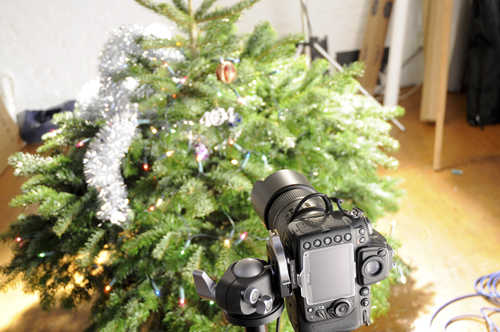 Andy Huntington who did all the 3D data stuff.

Russell Duncan who took the official pictures at short notice.

Ravensbourne College who explained and demo'd all sorts of 3D printing and rapid prototyping for us.

You probably know this already but if you need anything prototyped in the future you have inition on curtain rd.