The Art of Fontana Modern Masters

James who made The Art of Penguin Science Fiction website has made another corker. 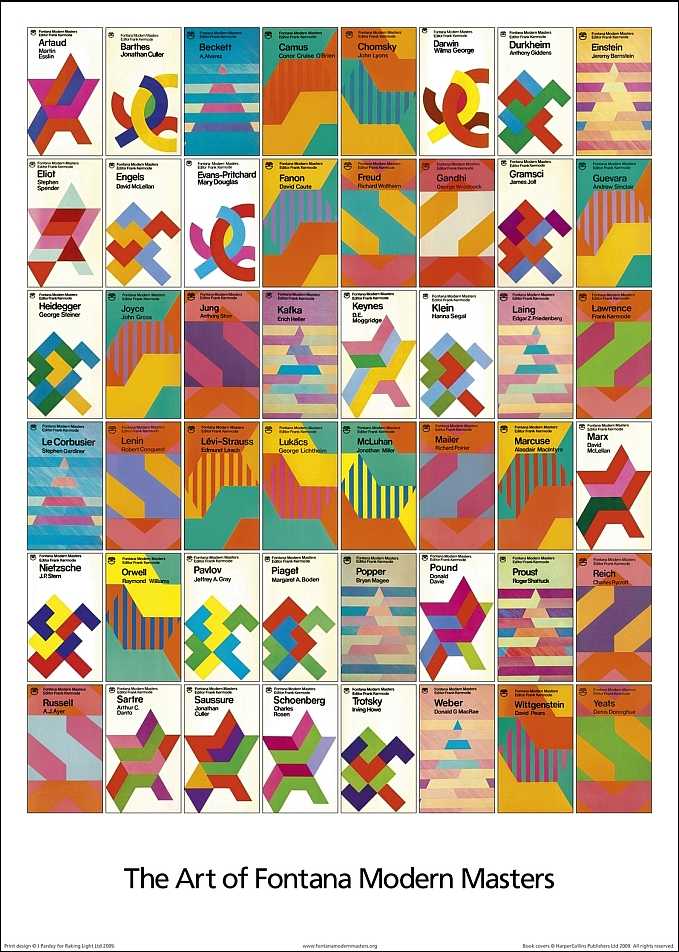 I’ve admired the Op Art-inspired covers of these books for a long time, so I finally contacted some of the art directors and cover artists that were involved in the series and wrote the story of the books, which has just been published as The Shape of the Century in the latest issue of the graphic design magazine, Eye:

However, the website goes further, and tells the story of the Fontana Modern Masters from the 20th-century abstract art that inspired the covers, through to the 21st-century art by the young British artist Jamie Shovlin who, in turn, was inspired by the covers.

I’ve also signed a deal with HarperCollins (which bought Fontana some years ago) to produce a 'retro' fine art print of all 48 covers in the series which will shortly be going on sale in design shops and museum shops, but is also available via the website.

Lovely stuff. And available as prints too? Very smart.

UPDATE: The url was incorrect, here's the correct one: http://www.fontanamodernmasters.org/