When I talked about Sports Dataviz earlier I got sent hundreds of emails telling me about sports data apps. While none of them really do dataviz there's something interesting in the dedicated sports data app. The visual language from some sports just seems to suit this fragmented digital, continuous partial attention lifestyle.

A cricket scoreboard works perfectly in that glowing rectangle. 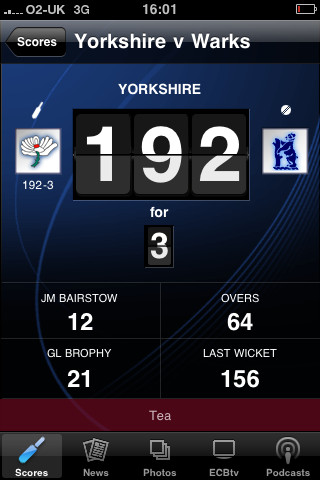 Likewise, a tennis scoreboard. And that yellow type is so evocative. 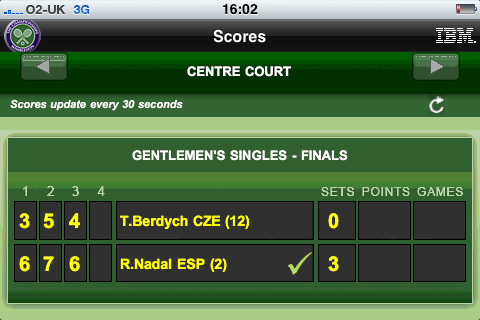 And then there's a current one, the Tour De France. That doesn't work at all. That's slightly unfair because The Tour doesn't have the same scoreboard iconography. What's also interesting is that these apps are hugely relevant for a very short period of time, just two weeks in the case of Wimbledon. 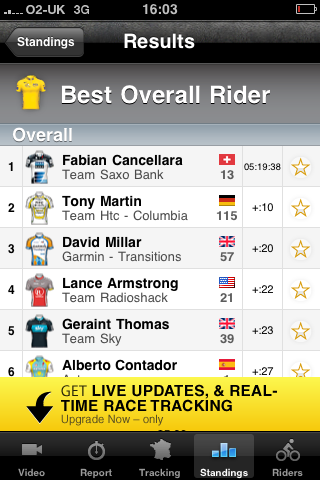 That reminds me of earlier in the year when we talked about pop-up shops. Here's what I said,

"Which makes me wonder if we'll start to see big, famous brands who only have high street shops at certain times of the year. The pop-up shop concept but slightly more permanent , regular and on the busiest high streets. Borders and HMV strike me as good examples. Everyone knows that the internet is killing the high street bookshop and record shop. Borders are in administration. That's old news. But every Christmas Waterstones and Borders are always packed. So maybe we'll see brands, old brands I guess, that exist all year round but massively ramp up their high street presence at certain times of the year. Most of these businesses make all their profit in one quarter of the year anyway. Greatly reduced costs, same profit."

Rapha's previously mentioned cafe has opened specifically for The Tour and the Look Ma No Hands bike friendly cafe was doing a roaring trade thanks to today's stage. 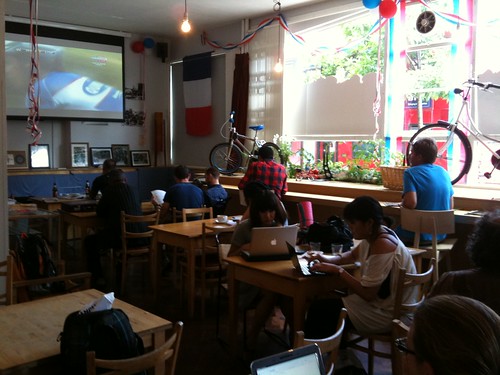 Back to apps. Somehow the growth and ubiquitous nature of apps seems to fit the pop-up shop model. Pay £5.99 for a Tour De France app and then forget about it for 11 months of year. Then fire it up again a year later. I don't know - I'm rambling now. But there's something in all this. 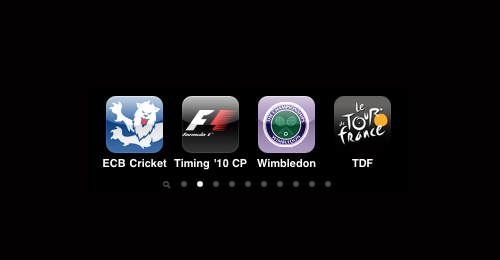 And don't those icons look cute.

you know what i found weird - the lack of a decent world cup app. considering how much was spent on advertising, the resources invested into an app were surprisingly low.

your pop-up shop system will be interesting as a counterpoint to the interwebs. that's on ALL THE FUCKING TIME, whereas perhaps retail will be able to focus itself back onto boutique by only being available at select times, or in specific locations.

i wonder what john dodds has to say about that.