« Cache Rules Everything Around Me | Main | Look what I had framed »

Blogging is coming back

Lots has happened since my plea to 'make blogging good again'. The good news is it seems like blogging is finally making a comeback.

The above picture is from Iain who has joined to the campaign to start 'blogging like it's 2004'.

Warren Ellis is in too. Coincidently he'd written something similar to my plea earlier in the day. 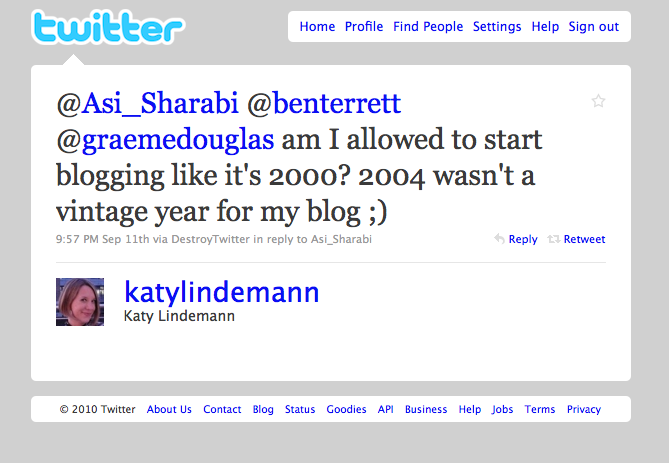 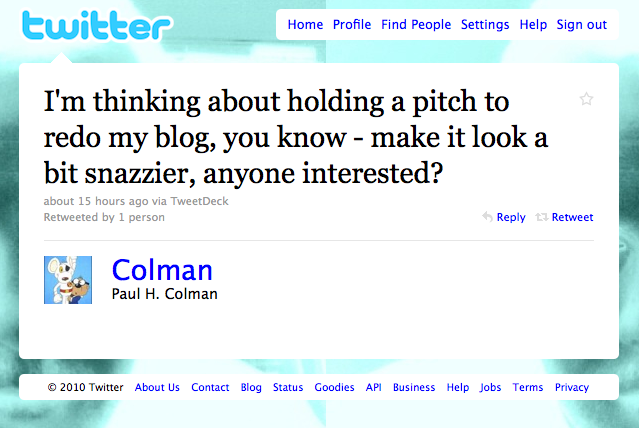 Paul is in, he needs a redesign first though. 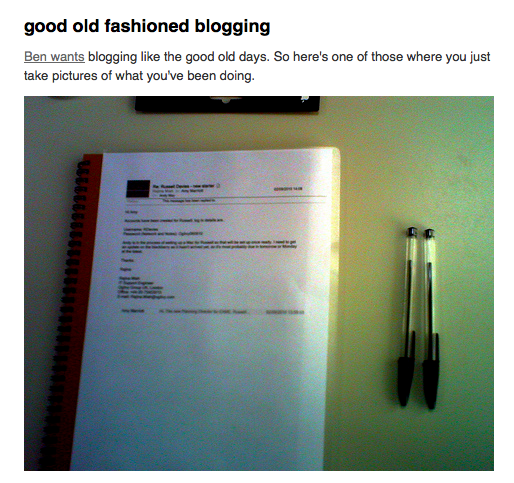 Russel, being the proactive type, has actually just started blogging like it's 2004.

And as a coincidence the day I wrote that post, Kottke built on my 'Helveticas to the moon' post which in turn got linked to by Boing Boing which sent hits through the roof.

I think blogging is back.

some of us are still plodding along blogging exactly like we did in 2004, waiting for it to come back in to fashion (even if just for a short while). it's like the creak of an old leather jacket with corduroy patches on the elbow and a distant waft of wee.

There's something reassuring about churning out a pile of fresh drivel everyday for the last 7 and a bit years whilst flickr, facebook and the world has moved on and made the web more pretty. of building our own towers of babel or rubbish tips of archived pictures and thoughts one at a time.

as pointless as building a life size replica of coventry out of sugarpuffs.

i think i may have turned in to the modern equivalent of the strange smiley chap who always sits on his own in the corner of the cafe who is as invisible as the orange plastic tables and as old as the wallpaper.

but i'm happy with that. and i'll still be here when the 2004 revival has been and gone.

but for now, welcome back !

Hi Dave, you're right. We should have stayed with you all along.

You did move to the other side of the world though. That didn't help.

Just checked Wikipedia to see what we should've been blogging about in nought-four. A whale exploded, Lost started, and Marlon Brando died.

And that was about it.

But going back to 2004 would mean I'd have to stop blogging. Is that what you really want?

Dave, that's not true - you started watermarking your pictures once people started reading, although I think that was 2005.

Dave you should blog forever.

I'm in, always was I think

:-) you can never have enough daves (especially if they are spread liberally around the planet)

You can have as many Daves as you want, Dave - just so long as I'm not one of them.