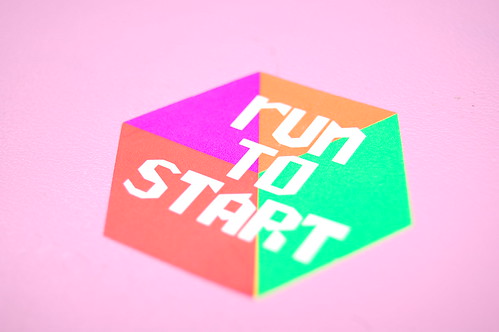 You may remember I was Creative Director on the first one with w+k, I thought I'd written about it on here, but I can't find the post. To save time there's a quick overview written by Doug E Fresh. The second one is bigger and bolder and has been aided by Dan Hon joining the team at w+k. So we've plundered his gamification skillz to make the gameplay better and to allow new ways of playing such as team play.

We haven't started from scratch with the look and feel. We built a really strong identity last time and we were keen to evolve that and to make something that still feels like it could go further for Grid 3 and grid 4 (should they happen etc). Last time we kept it to one colour plus black and white, this time we've added more colours, partly to make it feel bigger, partly to help with visualising team play. 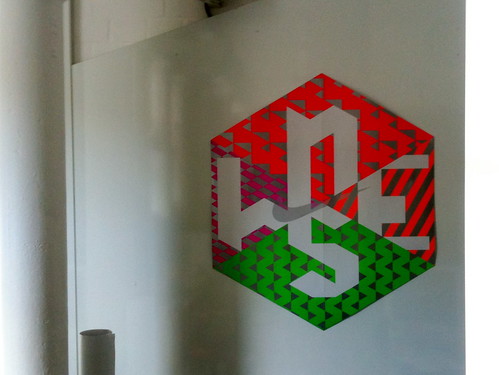 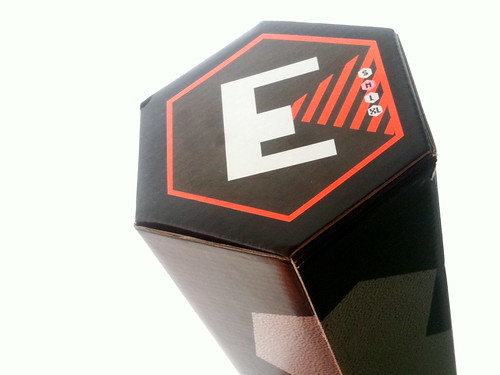 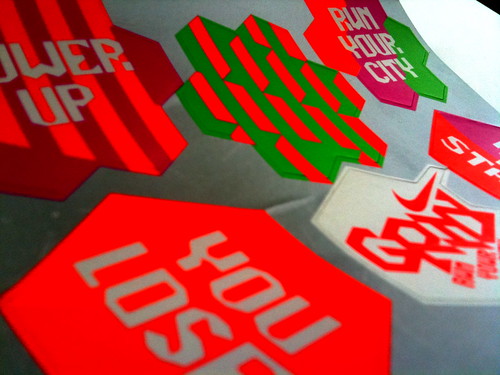 Also new this time is the involvement of Stamen. They have worked with us to created a map, using Open Street Map and some awesome data viz stuff which will go live throughout the game. Here's the first of several videos we'll be using to tell different stories throughout the game.

We're using Facebook as a way of logging in, I don't have much to add to this expect that it reinforces my increasing affection for Facebook. I'm starting from a low base, but Facebook increasingly is The Internet for people and the fact that it lets 'them' do all the stuff 'we' do on Twitter, Flickr and Foursquare in one place is a Good Thing. OK, maybe not a Good Thing, but a Thing.

This project seems to be a lovely mix of several things that feel very current. It's a game, but it's not just a game bolted on to a brand. The game is integral to the brands heritage - running. It's got lots of Post Digital thinking, we're not using tech for the sake of it, we're using it to amplify the experience. It utilises Magnificent Bits Of Infrastructure that are lying around (I've worked on another project that does that too, heh) this time in the form of phoneboxes. 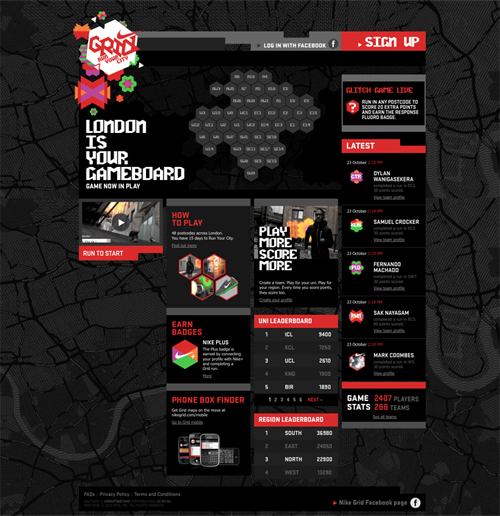 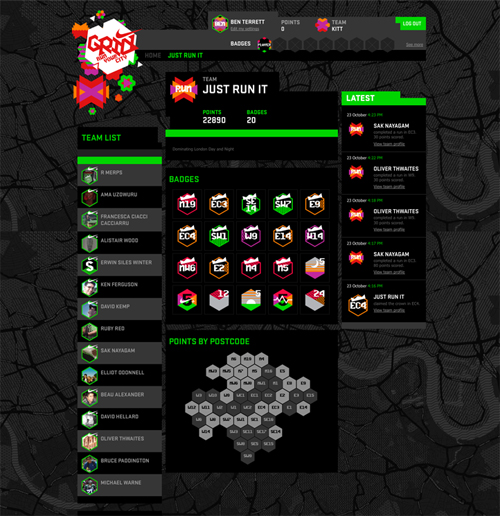 It would be wrong of me to talk about stats this early into the game, but as with last time the depth of engagement people have with this is insane. 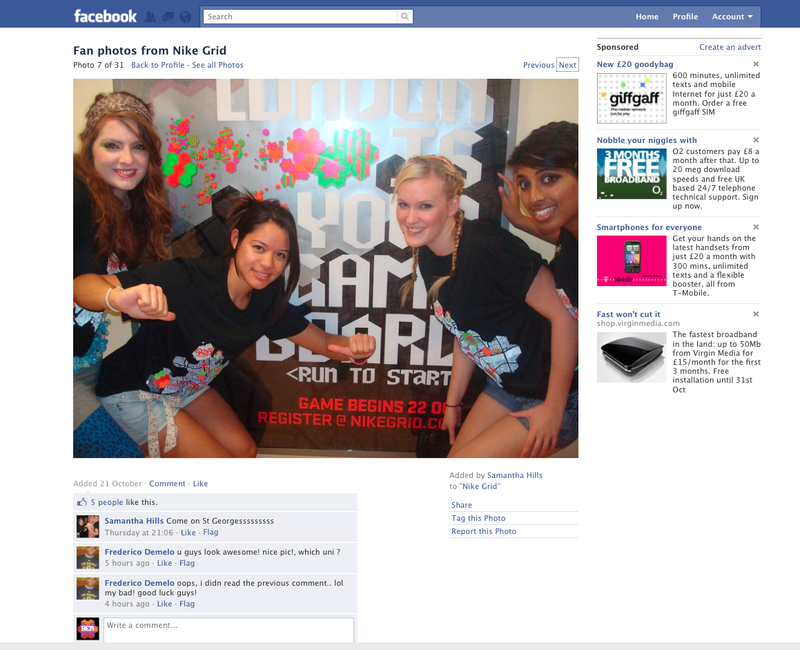 As ever, I'm a very small part of a big team of talented, dedicated people working night and day to pull this off. And not just at w+k, at Nike, AKQA and MindShare.

As I said, Nike Grid is on for two weeks and started yesterday. So there's still time to sign up and get running.

You're good at writing these things up, very thorough.
Nice one.

I hate Facebook, but you're absolutely right about it.

It is a very, very good thing you lot are doing with this.