Time for some reviews of the year then.

First up a boring, self indulgent one about me. Then over the weekend a much more interesting one consisting of links from my delicious. 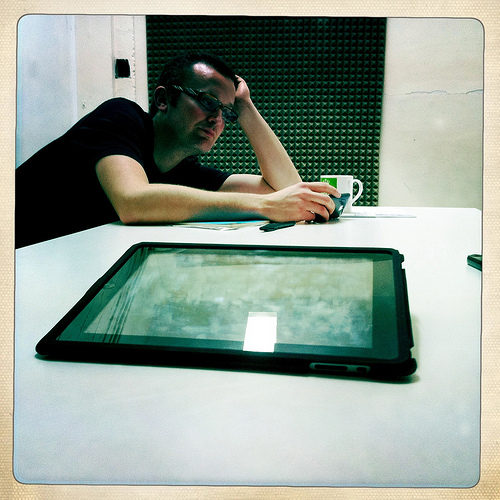 As Newspaper Club we won the Design Museum's Design of the Year award for Graphics. That's a nice award to win as you don't enter yourself your peers nominate you. And it's from the Design Museum too. Very chuffed to win that. 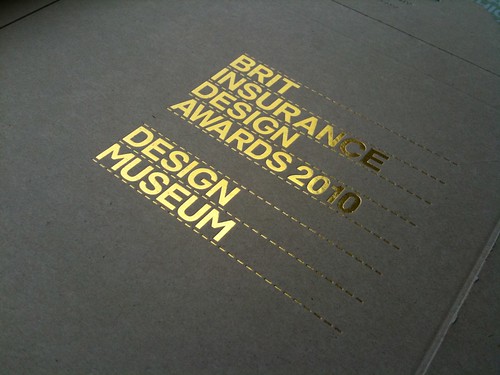 Newspaper Club also made it into the D&AD Annual and we picked up a British Interactive Media Association award, a special award no less, for Technical Achievement. Full credit must go to Tom Taylor for that one.

Newspaper Club has had a fantastic year. We've taken a Christmas joke and turned it into a business with a six figure turnover, staff and actual customers. We've navigated software, usability, financial and fulfillment issues. 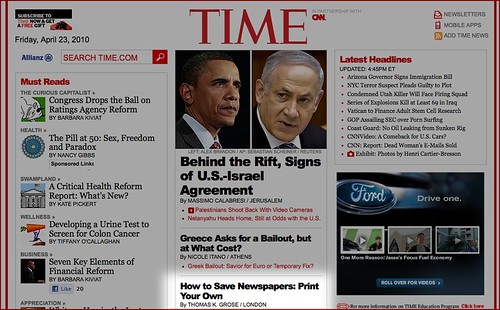 We were even in Time magazine.

But most importantly we've made an actual product and put that into the world. We've shipped. And as Tom says, "You’ve either shipped, or you haven’t". We have and the vast amount of stuff we've learned along the way will ensure the next project is a thousand times easier. And there will be another project.

One of the most exciting things I've worked on this year has to be Nike Grid, which claimed the 3rd best digital campaign and the 6th best poster in Campaign's Review of the year. 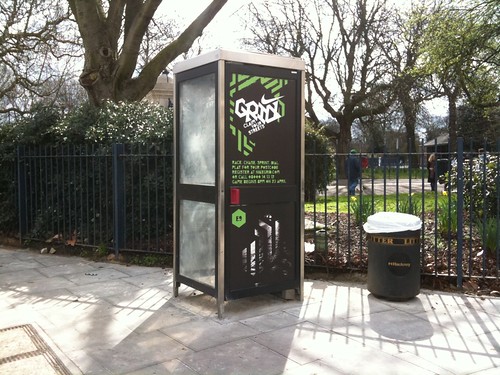 You've all read about that before, but it's nice to be involved with a project that's a realisation of stuff people are talking about in many different sectors. Digital, maps, mobile, real time data, the city, visualisation - all that. It's a real collaborative project too and on the second version I got to work with Stamen, which I'd been wanting to do for a long time. Hopefully that project will grow next year.

I also continued to work with w+k on the Guardian and Observer account. We relaunched the Observer with much success in a difficult market. 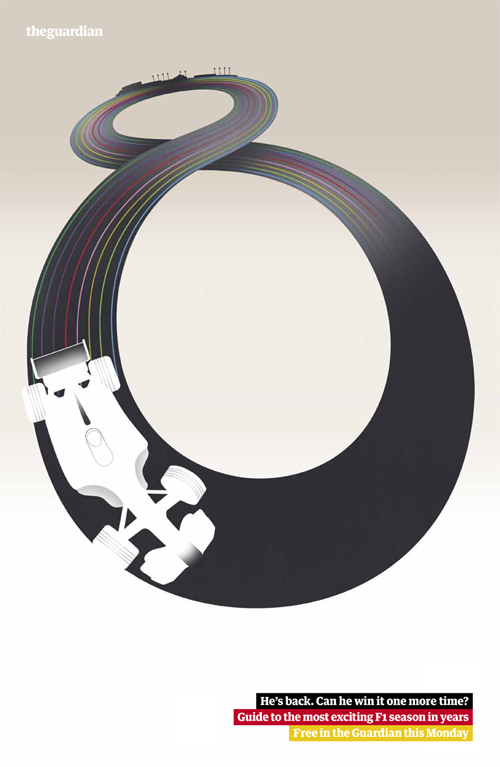 I think this is my favourite Guardian campaign of the year.

One of the more surprising and pleasing things of the year was the success of BRIG which turned out exactly how we planned without us planning anything.

Way back we had this idea of a space where all the interesting people we know could work together formally or informally. You know like all those Tech Shed Co-Working places in America, but less aggressive. And that's sort of happened. And like Russell says we don't do enough stuff together. Yet. 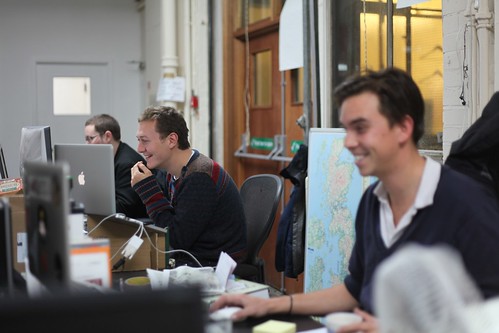 But looking at BERG's Flickr stream the other day it struck me all the brilliant things that have happened in that building in the nine short months we've been in there. 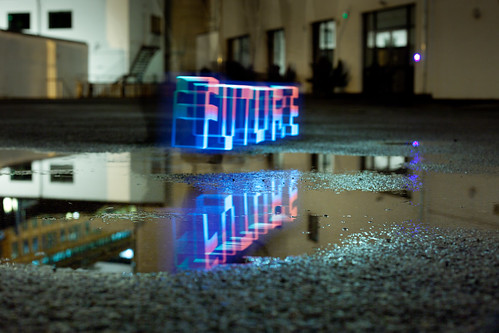 You will all be familar with Dentsu and BERG's lovely Making Future Magic video. Lots of that was shot in and around the BRIG (obviously as BERG are based there). 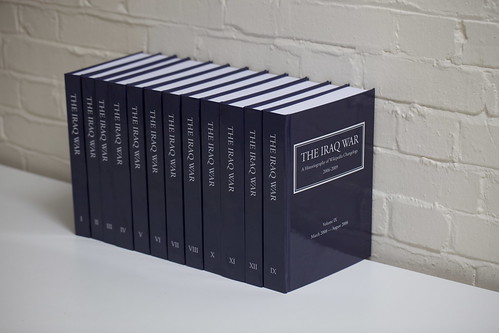 James, who was the start of dConstruct partly made his Iraqipedia books in the BRIG. Seems like ages ago now, but they were tantalisingly left on his desk for ages before his talk. 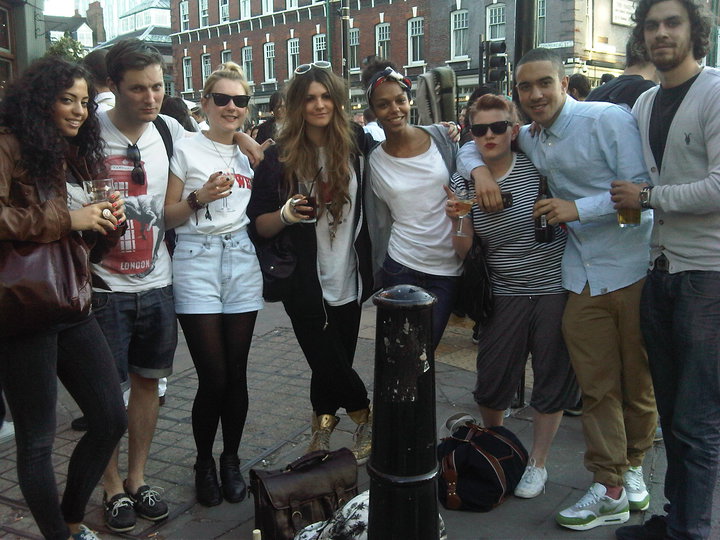 The brilliant Pseudos were always around. Newspaper Club is based there. And Chris, Phil, James, James and Leila and various visitors from all over the world drop in.

It all that was one Agency we'd be off to some fancy foreign land to win Something Of The Year.

But it feels good that our building, the BRIG, is becoming part of the fabric of a very interesting time.

It's also worth mentioning other things we've worked on - Dextr, Starling and Radio Roundabout. All exciting projects that I enjoyed working on and you'll be hearing more about next year.

And that's kind of it. Some great stuff up there. Exciting stuff. But there's a niggling feeling at the back of my mind. Frustration. Anger even. Stuff I've wanted to achieve that hasn't been achieved yet. Stuff that's nearly working, but not quite yet. Gotta fix that in 2011.

And if you fancy a laugh.

Congrats on a great year and happy new year!

"Tech Shed Co-Working places in America, but less aggressive", I don't see them as aggressive so I'd be interested in knowing more about the thinking behind that, if you have a minute.

The topic here i found was really effective to my research.Thanks!! http://www.webdesignbizz.com/

The comments to this entry are closed.