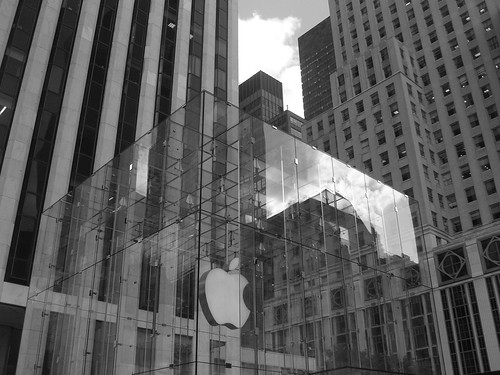 At Foundation we had a graphics tutor who came in once a week. The one I mentioned here. I think he was called Peter. For one project I had decided to design a book cover.

When it came to the typography, Letraset, which I'd used previously, wouldn't do. We had to step up a gear. Peter took me into a PortaKabin which had desks along every wall. On every desk was a computer. Macs. It was 1994 (17 years ago) so I think it must have been a Quadra, I don't think it was a Power Macintosh.

Later on, at university, we had another room full of computers. Power Macs. And I used to dream of owning one. I never did at university.

I bought my first Apple, an iMac, with some money my Grandma left me when she passed away. That was in 1998.