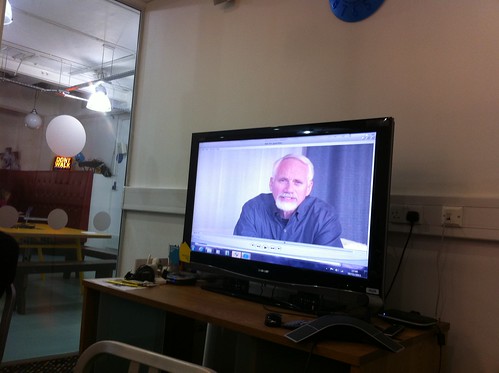 I was incredibly sad to leave Wieden & Kennedy.

There's a good, strong culture that feeds directly into the work. They have a few mottos. Sayings that everyone takes seriously because they aren't just words, they're statements people believe in. 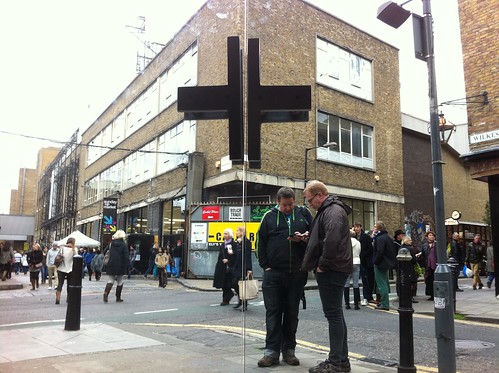 There's one motto, the work comes first. And it really does, the downside of this is that it inherently means everything else comes second, but you can't fault the quality of the work. I've never worked (or indeed visited) anywhere with such energy and passion to just make brilliant work. To raise the bar and then keep raising it. To push on longer and harder than anyone else until the work is amazing. And I'm not just talking about creatives, I mean account people, producers and all the other guys who don't get the glory creatives do. One Saturday last November a friend said to me, 'what are you doing tomorrow?' when I replied going into the office he said, 'I guess that's what makes you guys so good, you just work harder than anyone else."

But it's not just putting in the hours.

It's having a standard and trying to go beyond that. Never settling for good enough. 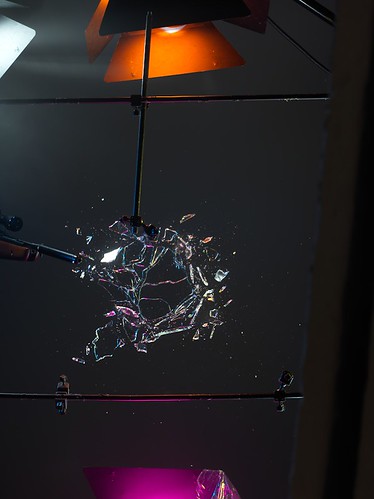 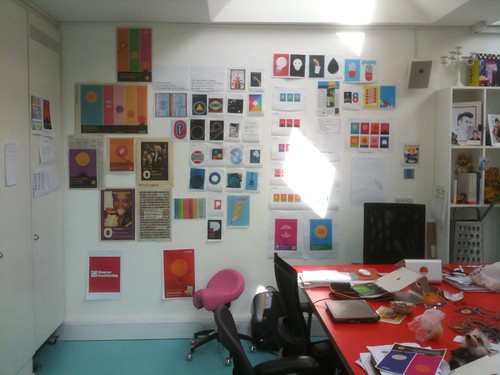 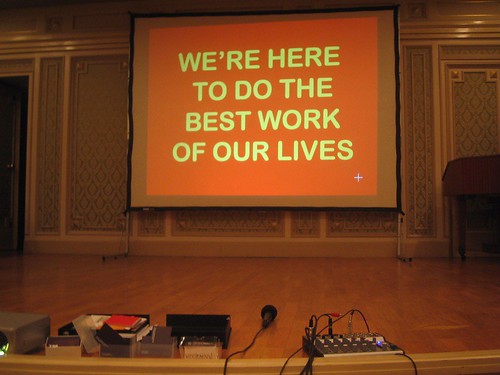 There's another motto - you're here to do the best work of your life. That focuses the mind, is this the best work of my life? If not, why not? You'll notice there are no duff clients at w+k. No big cash cows where the work is shit but the money is good. No clients they keep off the reel. Every client gets the same creative energy and every client gets the same good work. No other ad agency in town can say that. 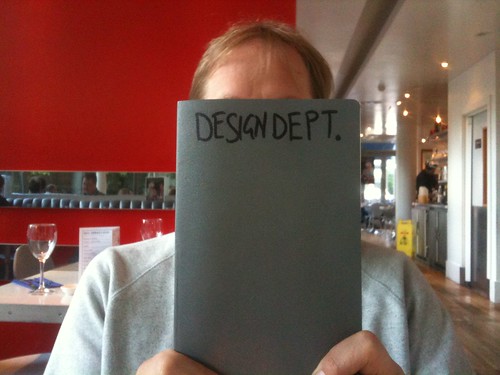 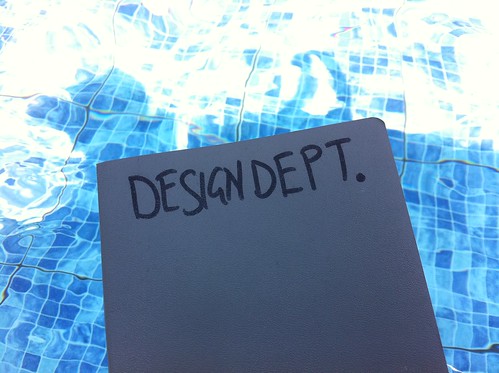 Last year was a tough year for the agency. They (we) took the difficult decision to part with Nokia and that meant significant job cuts. It wasn't a great year creatively. And yet they deservedly won ITV's ad of the year - and that's a bad year!

This year will be great. The new Lurpak stuff is fantastic and completely different from any other low fat spreads ad out there. There's a big campaign in the summer which will be pretty special and the new Schweppes win is a perfect fit for the agency. Good work will come from that. And that's just a taster of stuff you can expect this year.

Design usually has a hard time in ad agencies, but Tony and Kim have always been lovers of graphic design and are very design aware. Design is important to the agency and together with Guy (my predecessor) they have built a stunning body of well designed work. That's rare in an ad agency. 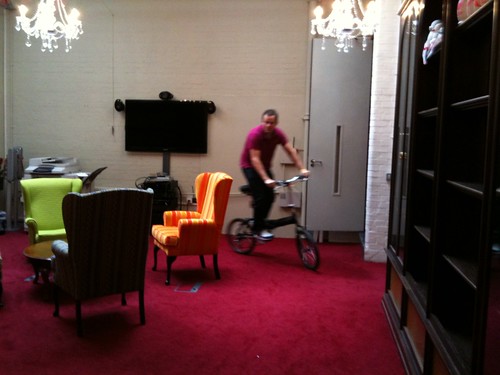 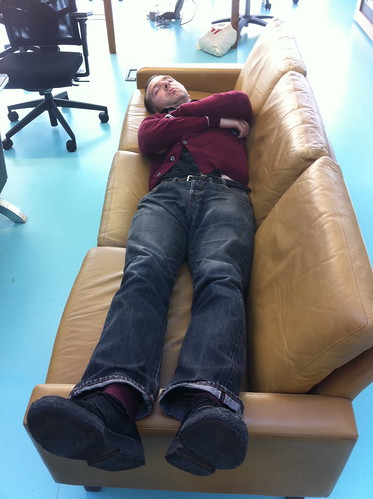 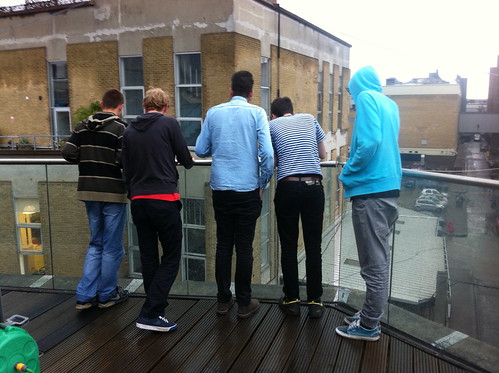 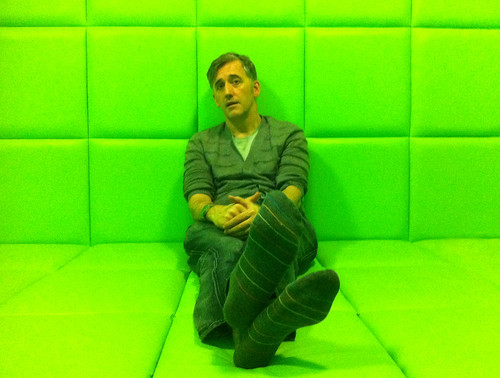 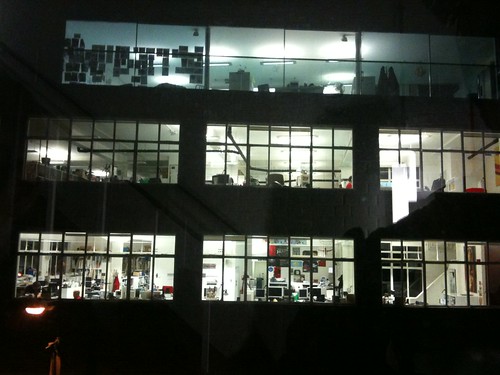 So why did I leave? You'll find out tomorrow…

Excellent post.
I miss not having you around.
But I guess you are still around, just not around around.
Anyhow...

I'm not sure I've read such a cliff-hanger of a blog post. Where do I sign up?

Nice post Ben. As a former W+Ker I can say that you take those nuggets with you on your new journey - you take the best bits and share them with new people and drive them to create the best work of their lives, to look at more interesting stuff and challenge the status quo. The journey won't be easy but it then never was at Wieden's.
Good luck - you'll be brilliant!

Lovely stuff, Ben. You'll be missed.
Now, next time you see 'Call Me Dave', give him a wedgy from me, please.

Nothing easy is ever worth doing as they say...

Best of luck in the new job!

Or more accurately: nothing worth doing is ever easy.

Cheers, mate. We'll miss you too.

but what about the dodgems?

As cool as it might be to work at W+K, I value my time with my son way too much to put that much energy into my work.

And by 'Splitter!' what I meant to say was you'll be absolutely and sincerely missed.

Thanks for the information about Noisy Decent Graphics. I have got some valuable information from this article. Want more information next time.
http://yourarticlewritingservice.com/prices.html