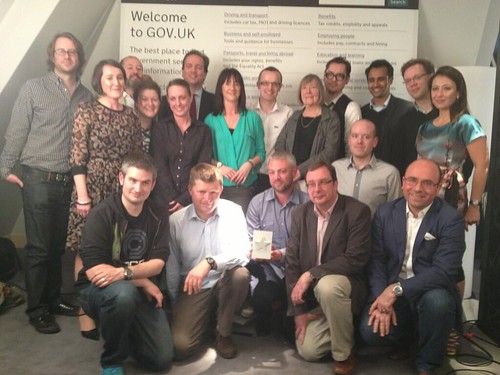 On Tuesday night GOV.UK won Design of the Year. Which is pretty incredible. I've written about it on the GDS blog and you can see lots of the press coverage here, including an article from the Daily Mail which calls the website boring.com and Gizmodo who've redesigned the site as they imagine the Daily Mail would like it too look.

And here's what the Prime Minister had to say, "I am delighted that the GOV.UK website has won the Design of The Year award in 2013. This government is committed to being the most transparent in the world. For the first time, people can find out what’s happening inside government, all in one place, and in a clear and consistent format. It is just another example of Britain’s world class design talent standing out on the global stage; in this case helping to enhance the modern relationship between the public and government."

There is still a lot of work to do. As the boss would say - onwards!