I didn't really want to comment on this, but that's what blogging is for, so I decided to write this:

This isn't a blog post about logos or about designers or even a moan about how the logo could be better, or God forbid one of those Dribble style things where I have a go at a logo. This is a blog post about how Yahoo! came close to how you should "do a logo" these days and yet managed to miss it by mile.

Last week Yahoo! announced they were going to release a new logo. Or as they put it, "Yahoo! is making exciting changes daily. To celebrate where we're headed, we'll be unveiling a new logo in September. To get everyone warmed up, we are kicking off 30 days of change."

I have to admit I was quite excited.

Some background. Yahoo! used to be the big exciting web giant, lost all that, neglected various bits like Flickr and ended up as the new AOL. Last year they announced a new CEO Marrissa Mayer a big shot from Google and everyone got excited again. She's made some visible, dramatic changes, launching a good Flickr app, a good new weather app, buying Tumblr for one billion dollars (and announcing it via animated gif) and redesigning Flickr to much grumbling on the forums.

Lots of stuff going on. Momentum. The Flickr app is good, not without fault, but good. The acquisition of tumblr is crazy money but overall a smart move. A platform and an audience worth having. Undoubtedly a gamble, but if you're going to go might as well go big. The Flickr redesign is a step in the right direction, hurried and unfinished, but a step in the right direction nonetheless. So unfinished I was expecting that to get better iteratively, and it hasn't but at least they've gone from statis to Doing Something.

Back to the logo. I was cheered when I first heard the news because I thought at last here is a big brand that's not "launching" a logo, they're going to do something smarter, subtler. They're going to have a 30 day period of iteration and show progress at the end of every day.

Or maybe they're just going to develop the new logo (and branding) over a period of time, in public. That might be a good idea.

At the very least they're going to do something in the open, quickly. That can only be a good thing.

I realise that was incredibly naive of me, but I'm an optimist.

Instead what they've actually done is show you a completely different logo every day. A finished, fully visualised logo. And when I say completely new, it isn't really, because early on they declared "we’ll be keeping the color purple, our iconic exclamation point and of course the famous yodel." Which restricts the brief somewhat. Even the language is horrible, "Here’s day 1’s logo".

What they've ended up with is 30 versions of Yahoo! written in different typefaces.

Paul summed it up really with this fun little site where you can make your own Yahoo! logo. As someone said on Twitter, it's like your Dad emailing you and asking what typeface they should put the parish newsletter in. 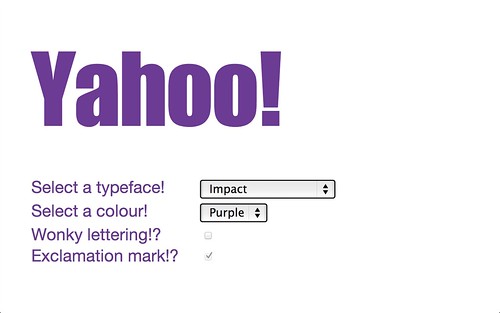 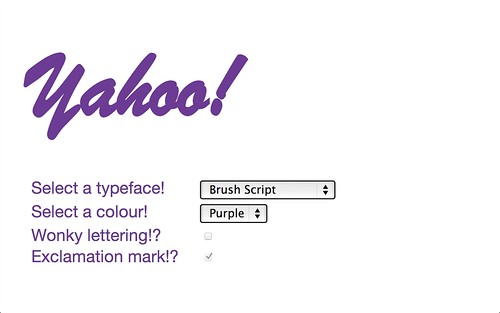 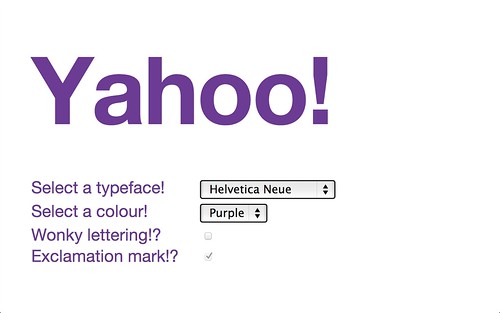 The actual new logos are poor. The whole thing is unedifying. Derided on the forums. When Russell is having a go at logos you know you're in trouble. 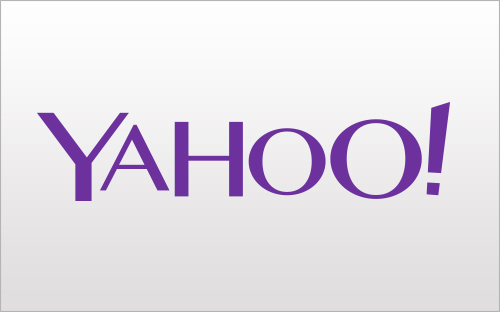 "Launching" a logo is always a bad idea, it's set up to fail. You are asking for Change Rage. Almost no-one will prefer the new, strange, different thing to the old, familiar thing. That will be magnified by the echo chamber of the forums and your CEO will be on the phone in no time. GAP, UAL etc.

As Michael Bierut once said to me, you almost never need a new logo what you need is the old logo with a haircut. Shell, Ford, etc. 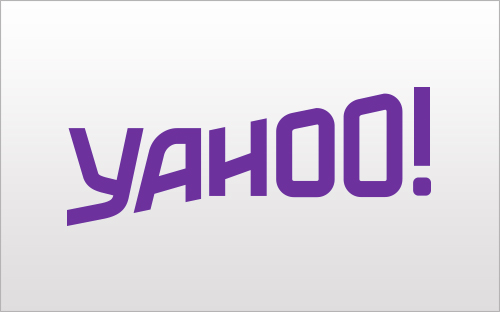 A brand or a visual communications system is about so much more than a logo, focusing on that on mark is insane. Simon Manchipp calls this Brand Worlds, I'm not a fan of the expression, but the essence of that is dead right. The logo is a tiny part of a much bigger picture. Simon has written about it here and elsewhere on the web.

This debacle reminds me of an inexperienced agency rocking up to a pitch with 30 different options. There's no strategic thought, there's no clear direction, there's no editting and no expert advice being given. When you present work like this you make it impossible for the client to make an informed decision. You're reducing it to a meaningless lottery. You might as well turn the lights off and chuck a dart at the wall. Pin the ! on the Y. 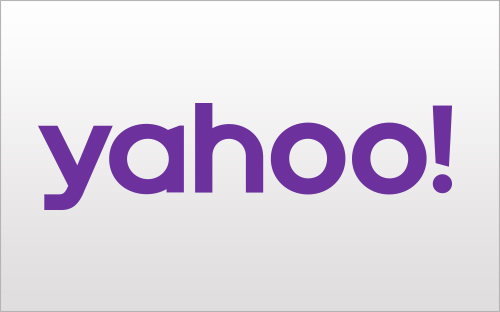 What should they have done?

Impossible for me to answer properly, of course. But seeing as this is a blog post, here's some things I would have tried.

They could have had a proper rethink of the "brand world". I can't see how starting from a firm position of not losing the ! or the purple is helpful.

They could have neatened a few bits up, given it a "haircut" and changed the jpeg without anyone really noticing.

They could have kept quiet and tried a few different options in public. Two or three progressive versions on different parts of their huge web real estate.

Or they could have done nothing.

If I worked at Yahoo! a company with numerous digital products, and I had a design team and 30 days, the last thing I'd tackle is the logo.

Follow the logos new here, we're pretty early on into the 30 days so in theory it might get better and we might end up with a decent logo.

The fact that people are talking about a new Yahoo logo is in itself a win. Of course they are going to show the crappy logos up front since they have to show 30 in total. Presumably they have already selected a better logo behind the scenes. Also I kind of like day 5 :)

I think they will either:

A) Show the final logo after day 30; as Felixturner suggests; or
B) Test the waters with what people say about each one and keep the one "most approved" by the people (although I really hope they don't).

On a side note, day 7 looks nice. They kept some of the old logo and finished with a bigger "O", which I interpret as getting louder as time goes by. But I tend to read too much into stuff like this.

Yahoo are investing in design. And that’s good. That’s great. Big up the Yahoo. And their website has been reconsidered and redesigned, progress. Super. Flickr has seen a significant make over. Taste aside, this means they are thinking about it, trying new things, pushing things on... fantastic, Tumblr is now easier to use than ever (could it actually BE any easier?) And now the main brand is seeing a new push to better align the brand visually. Bravo! Yahoo!

Excellent. This is progress. Change is scary. So any large organisation embarking on new creative work should be applauded.

Marissa Mayer (who left Google to join them) is doing some really smart things with Yahoo! — Spending on what’s good, and cutting ties to all the less good. In 3—5 years we could all easily be talking about Yahoo! in glowing terms.

And they way they are doing is unusual. Weird even. I love weird. Weird works for brands generally. It’s what helps them stand out, be remembered, get conversational and ultimately create monopolies in people minds when it comes to choosing one brand over another. That’s why brands exist. To help create monopolies in competitive markets.

AND — If ever there was a commercial signal that Logo’s were on the slide. This is it. Lobbed out with casual abandon by the Yahoo Team... the ‘one logo a day for 30 days’ gives the firm impression that logo’s alone are so worthless you can have one a day to blow your nose on. And I like that. Logo’s alone are pretty worthless. (but you knew I was going to say that)

Intellectually that 30 logos in 30 days, 7 brides for 7 brothers approach is smart. It removes the shock of the new to the doomsayers. Gets them used to change. Gets them ready for pretty much anything. And it’s hardly a shock... Google have been remixing their logo from the get-go... MTV have been doing it for even longer...

But... and here in lies the rub... by pushing the launching of a logo... by launching a re-design... by focusing on the new look... Yahoo risk blowing their nose on their own curtains. Unlike Google (and come on, it’s Google they are after in this race) — they need to introduce more charm into their brand experience...

Brands of the world... listen up... NEVER LAUNCH A LOGO! — It’s bad news. Literally. You have never read a headline in any reputable newspaper singing the praises of a new logo. Ever. Because a new logo = A waste of money, a designer having a fiddle, a case of egotism over logic and always an example of spending cash on something that could be left alone rather than investing in something proper like the service itself, the product or the people that make that organisation tick.

Logo’s are launched because they are emotional purchases. They involve a lot of conversation, and heartache... they are labored over. They are part of brainstorms, debates, late night phone calls and multiple shrouded emails. Every parent wants to show off a picture of their newborn. Even if it is a properly ugly baby. Even if it damages the chances of the new work being successful in it’s business objectives.

Ultimately this all comes down to opinions. What does Yahoo! stand for? Who are they? Why should we care? — A rebrand is the perfect time to get opinionated, divide the room, get a conversation going. They have got some gems... Tumbr is amazing, Flickr a great online photo album, their Apple x Yahoo! Weather App is beautiful and works a treat... so I have hope... optimism for the future... I want them to succeed want them to win us over... give Google a good run... releasing a logo a day for 30 days... it’s a interesting start...

Thanks for your greeting. i have see your profile blog, i very like with your page. but i need much more about your article smile
because your article is so so nice.