« No real person has ever said this, ever | Main | My Life as a NYT Op Ed illustration (I'm doing Michael Bierut's 100 days project) » 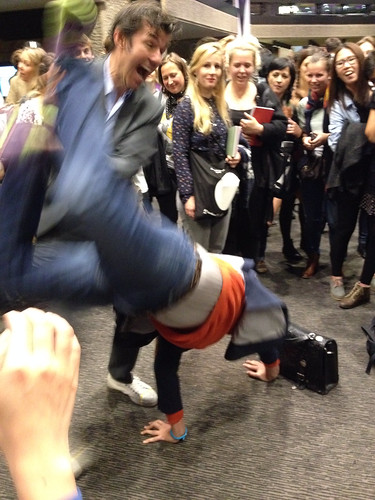 On Thursday and Friday I went to the AGI Open at the Barbican with some of the design team. It was a fantastic two days.

It was very graphic designy – it didn't pretend to be anything else. It wasn't about the The Future Of or The Designer As and it was all the better for that. The organisers wisely kept the slots varied; a mixture of interviews, group panels, short 20 minute talks and big keynotes. That worked well.

There were lots of chances to mingle and meet other people, speakers and 'famous names' were visible and approachable. I saw a group of 5 young designers (students?) grab Michael Bierut in a doorway and he chatted to them, animatedly, for at least 15 minutes.

Kenya Hara was a highlight for me, I was familiar with the work but not the man. He came across as humble, thoughtful and brilliant. His House Vision Expo gave me ideas for the London Design Festival. 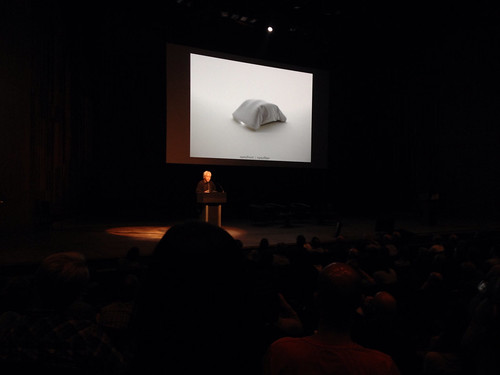 The Roundheads vs Cavaliers debate was a bit silly but Sagmeister and Marian Bantjes hijacked it in a brilliant way, screengrabing all the minimalists' websites and redesigning them. 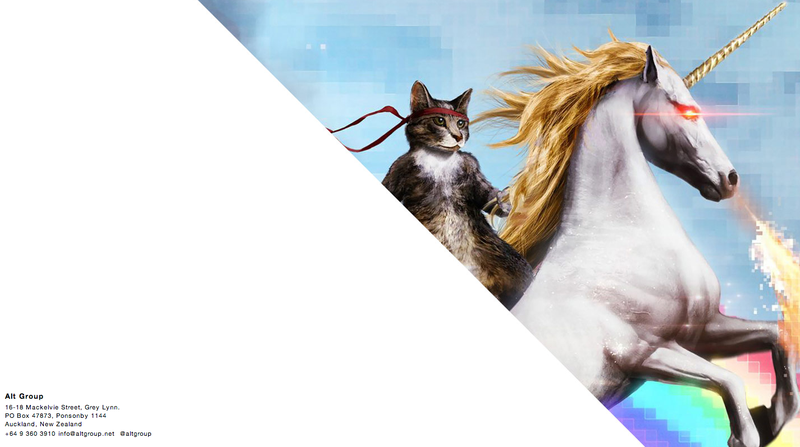 Alt Group even accepted their proposal and changed their homepage overnight. Fun.

Hats off to @altgroup for accepting my redesign ;) of their website after our @agi_open debate yesterday: http://t.co/iX7Lk0AiSf

Poyner interviewing Saville was a huge missed opportunity in my opinion. Saville is a fascinating character with an amazing body of work, but neither was given a chance to shine. He touched on ineresting topics, being open about being motivated by money for example, but Poyner swung the interview back to, well back to Poyner. Frustrating. 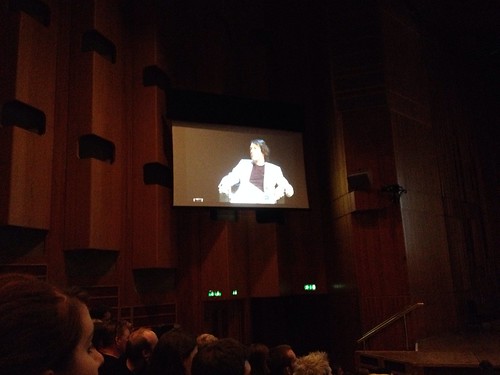 Patrick Burgoyne did a good job of holding together the second morning. Jan Wilker & Hjalti Karlsson from Karlssonwilker did a Mr & Mrs style quiz over Skype, which worked surprisingly well. 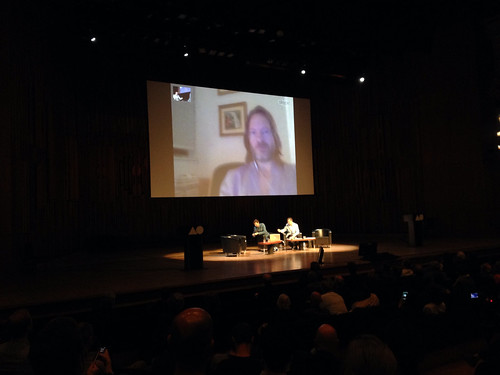 Patrick also interviewed Margaret Calvert which was a rare treat as she doesn't often appear at these sort of things. She was a huge hit with the crowd and was nice enough to mention GDS (even if she did forget my name!). 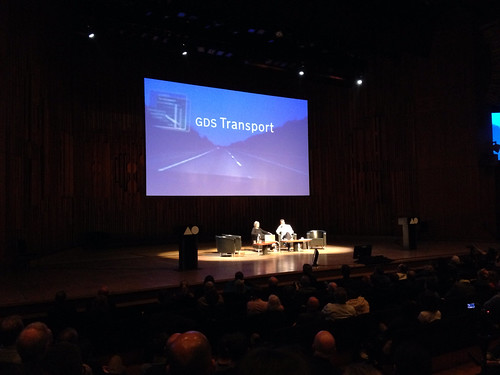 Christoph Niemann gave a fantasic talk. Hilarious, insightful and moving. His video about Maurice Sendak had most of the audience in tears. It's not an easy feat to keep a conference audience of nearly 2,000 people enthralled by a video for 5 minutes. Stop what you're doing and watch this, it's an incredible piece of work.

Chip Kidd gave an extroverted performance worthy of any stage and pretty much narrated the whole of a Japanese Batman comic strip. Striking and incredible. (He also did some good heckling of other speakers.)

Jeremy Leslie was probably the best of the "collections" section. Here he is praising Richard Turley's Bloomberg BusinessWeek covers. 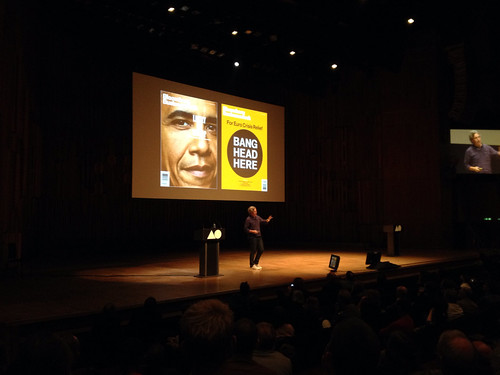 He also gave Newspaper Club a shout out which was nice. (Someone told me that Michael Bierut mentioned GDS during a fringe talk with Ken Garland which was especially nice as Ken Garland is a big inspiration to the design team.)

Last up was Stefan Sagmeister.

I'm not a Sagmeister fan but his closing keynote was amazing. He brought the house down and finished the event off in style. His animated typography in particular was stunningly beautiful. He had people roaring with laughter and at one point stood on their feet singing and then watching in stunned silence as he played stunning typography video after stunning typography video. This kind of stuff.

His talk was clever, polished and entertaining. A perfect ending.

AGI is a slightly odd organisation to understand but Eye Magazine do a great job here. As crazy as it sounds I would consider going to the Sao Paulo event next year.

Oh, and we had our picture taken with the Sag. 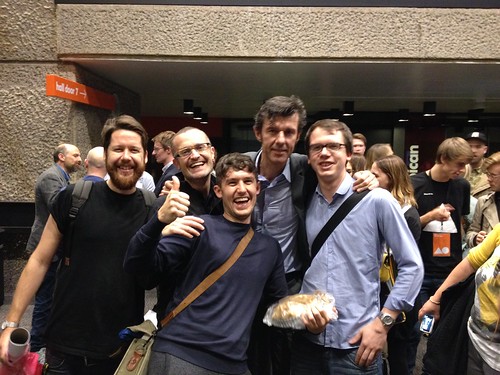 Hi Ben, nice summary. Indeed, getting the chance to 'hijack' some of the speakers was amazing. I was one of the five that had the pleasure of talking with Mr Bierut for almost half an hour after the Pentagram fringe event. None were students as far as I could tell, most in their thirties, one in his forties. Mr Bierut himself said that it might have been better if the whole AGI event had been structured more around that kind of talking, though I can imagine how hard to pull off it would be. Still, a good idea for the future.