One of my favorite kindle buying experience things - it tells you (and stops you) when you've already bought the book.

I just want to scan something

We have an HP printer / scanner at home.

Every time I want to scan something, which is rarely, I search for scan in the finder and I'm given two choices.

The HP software always does this. 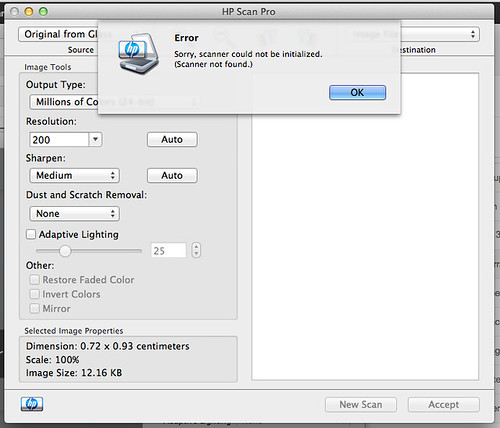 And the via the Mac System Preferences I always get this and I can just scan in a few clicks. It's not easy but it's easier than the software that actually came with the printer and only has one purpose - to scan with just one, known, machine. 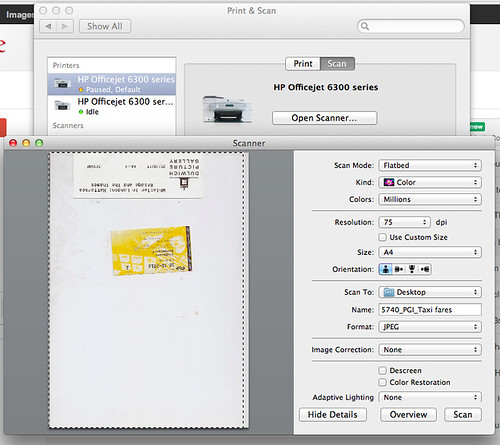 I know very little about scanning. Although, because of my profession, presumably more than the average punter. But even so, scanning feels like something from another era to me. And era of print software and ripping and files that take a whole afternoon to pop out a grey box.

Something we should have made easier by now.

Tales from a start up

You can now print 1 copy of a broadsheet, 1 copy of a tabloid and 100 minis newspaperclub.com/products

I can still remember the printers laughing down the phone when I asked to print 1,000 copies 4 years ago.

I signed up for online booking with a cab firm a few weeks ago. Went to book a cab on Thursday and I had seemingly forgotten my password. I clicked forgotten your password? and was sent an email that said,

Which is bad enough, but when I called the number the person on the other end of the phone had no idea why I was ringing. When I explained, they said 'what's that go to do with me?'.

So I booked with someone else.

A friend bought a washing machine online from Currys. Wanted to canel the order. Was told;

for instore purchases you have to cancel online,

for online purchases you have to cancel by calling this number.

We went to a thing at the Imperial War Museum at the weekend. One of the Horrible Histories artists (illustrators?) gave a talk workshop thing. Sort of for kids but not really, suitable for all ages. 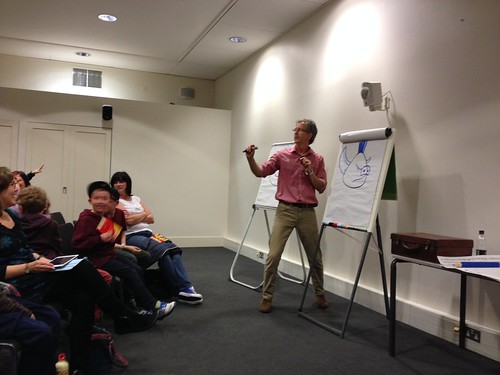 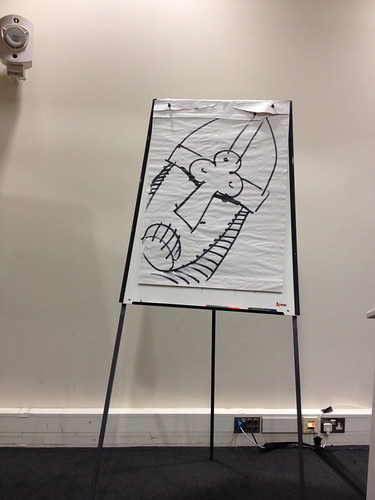 Football match called off because away team had identical kit 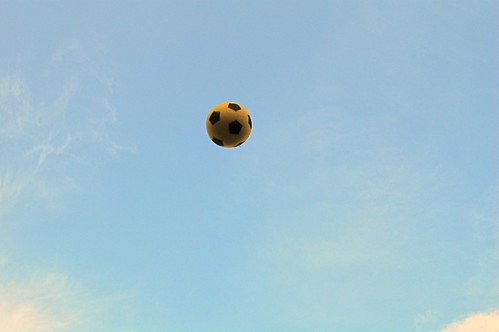 The other week while building some Ikea stuff I had 606 on the radio.

Over the course of the show listeners got to hear the whole story of Canterbury City's home game against Whyteleafe, which was called off becuase Whyteleafe's away kit was identitcal to Canterbury's home kit.

Managers and fans all rang in.

The Whyteleafe manager said he'd asked to play in bibs, training tops or even skins, but the ref said no.

The fans said the Whyteleafe players were stood on the pitch in just their shorts, warming up.

The Canterbury manager said he'd driven across town and bought 11 spare shirts for the Whyteleafe players but when we got back to the ground the ref had said it was too late to start the game.

And then the ref rang in.

He said the football ground was booked for a wedding at 6 and so if they hadn't started the game by 3.30 they would not have had enough time to play. The manager returned just after 3.31.

A great tale. Listen here for the next 5 days.

Turns out Millwall and once forgot to turm up with their kit.

Designed to look like a Philips radio apparently. Terrible photograph. 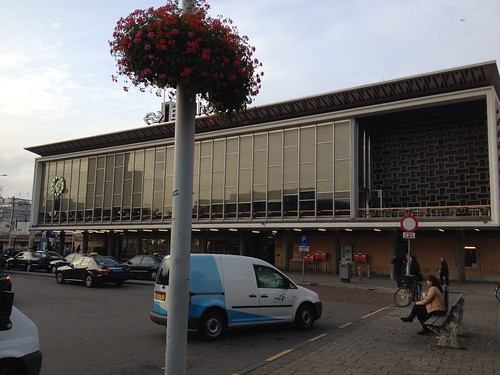 Imagine Timo took the picture instead.

That was a better week down in the design-operation-a-day mines. Last update I said, "They seem better when there's type, but maybe that's a coincidence and it's all linked to the stories thing. It's hard to do the type ones justice as a sketch but for the next ten days or so they have to be type based. Mandatory. Let's see if that makes them better." It semed to work although I worry they are all getting to computery.

These are good, some of the best yet. 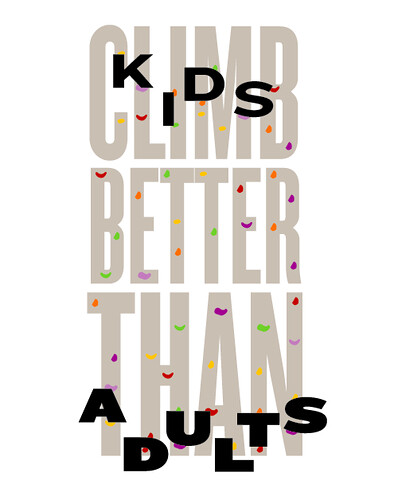 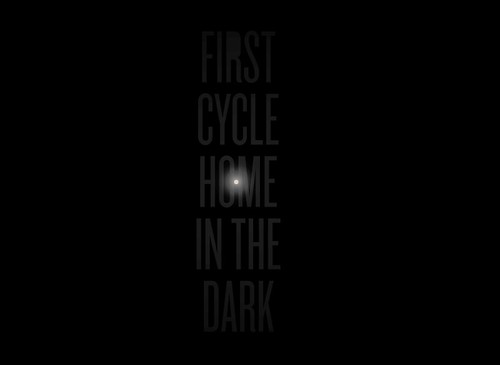 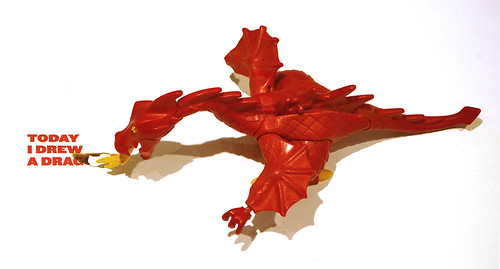 This could have been so much better 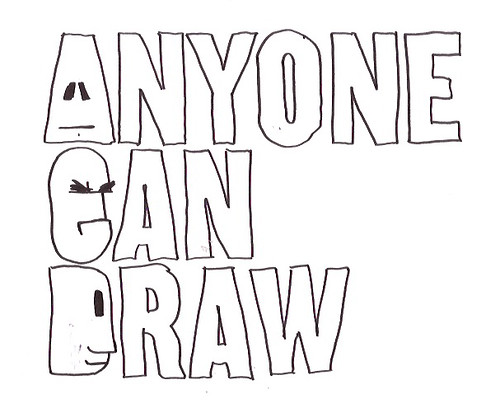 and this is terrible.

As I said before, the hard thing is the story not the idea of the graphics. Get that right and everything else becomes easy. They're also easier to do if you have the story early in the day. Allows you to be thinking about the idea in the background all day. When I've left them to the last minute I've rushed it and they've been rubbish, like the two above.

So for this week I'll try and have the story by lunchtime. Then perculate the idea in the afternoon. I'll stick to type for now, although I'm becoming less convinced of that.

And I'm going to try and think of them as tshirts. Like these ones by howies, neat simple graphics with just the right amount of idea. 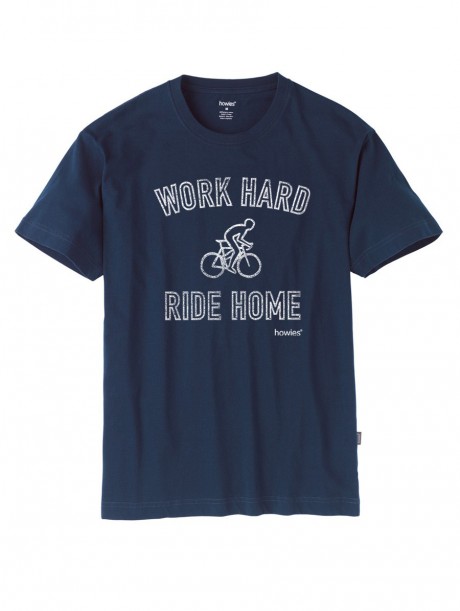 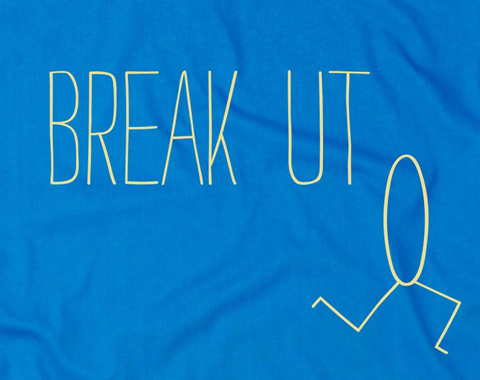 Stay tuned, they all live here.

Rear view mirror on a cashpoint

I'm sure this is common place but I've never seen it before. I liked it. Brussels airport. 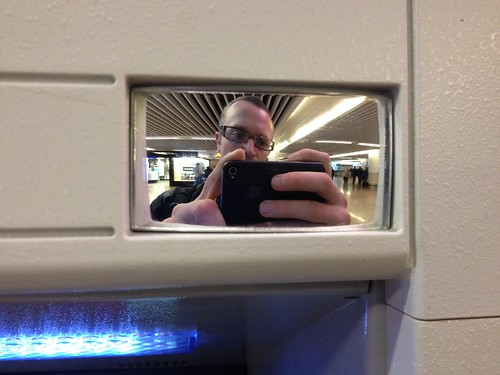 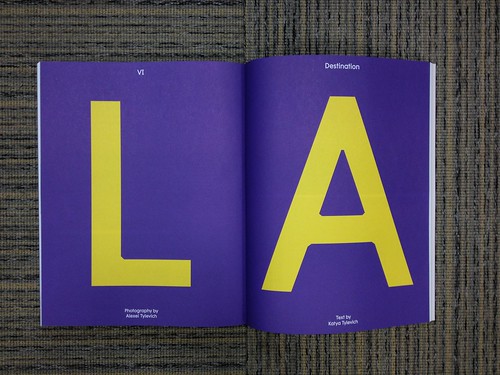 From Elephant magazine which I got via the excellent Stack.

These ones worked out well. 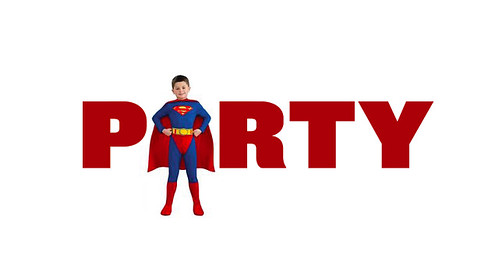 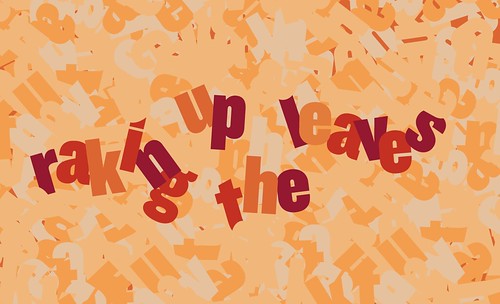 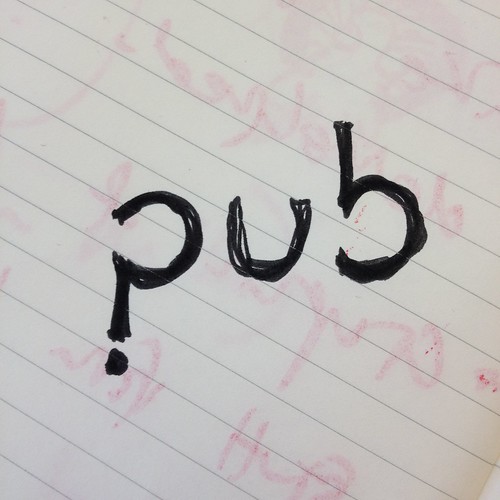 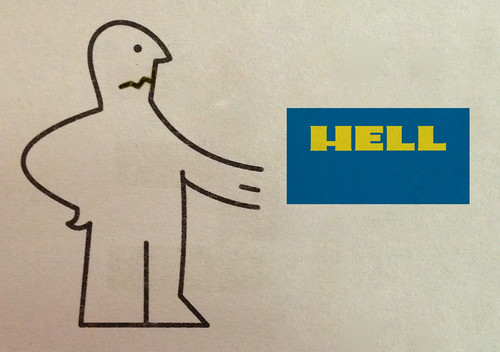 It's possible I like those better because they are more finished. I think the secret is to choose a good "Op Ed" to start with. That's where all the effort needs to go. Then the design is easy.

The ?ub one is the first result for pub quiz on Google images - I found that out a few days later.

This one is awful. 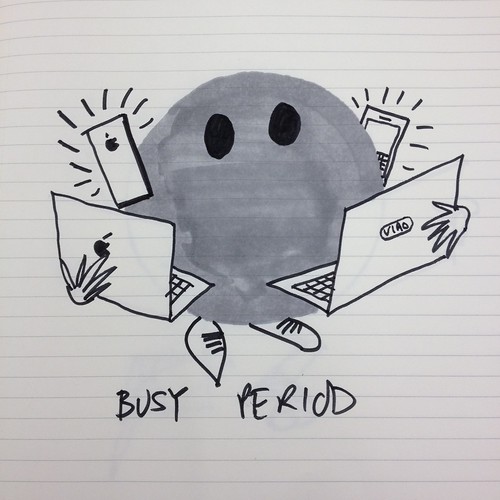 The elephant riding a bike was the most popular on Flickr. 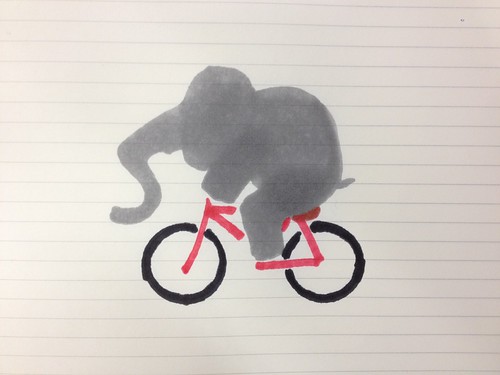 Type or not type. They seem better when there's type, but maybe that's a coincidence and it's all linked to the stories thing. It's hard to do the type ones justice as a sketch but for the next ten days or so they have to be type based. Mandatory. Let's see if that makes them better.

As this is "my life as a NYT Op Ed column" I'm already thinking these would make a nice newspaper. We'll see. 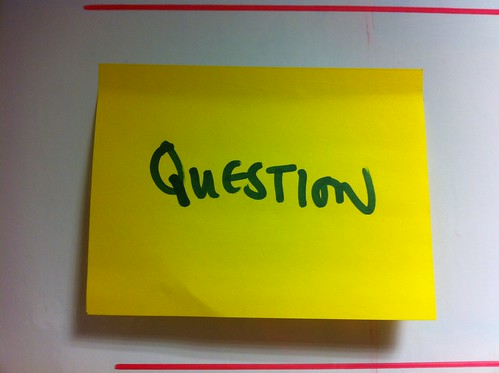 This is a question I frequently get asked when people find out about GDS and what we're doing. I don't get asked this by government organisations, but other people more generally.

The answer is that I don't know.

I do know that you should have a digital culture that means you have the people with the knowledge and the skills to make that decision and then implement it. Because this isn't about Twitter. Of the web, not on the web.

You can also read that blog post again and delete digital from the third paragraph.

"Please, speak as you might to a young child, or a golden retriever"

I have been boring people and misquoting this clip for years. The other day I finally got round to getting it off YouTube.

It's a clip from the film Margin Call. Set over 36 hours it depicts a Wall St bank caught up in the start of the banking crisis. A junior employee discovers some serious debt held by the bank that could bring the whole organisation down. During the night the information goes higher and higher up the bank's chain of command until someone takes the major decision to call the CEO, who flies in, landing his helicopter on the roof of the bank.

In a tense board meeting a series of terrified executives try and explain what's going wrong to the CEO who becomes more and more frustrated with their reports and their jargon. Eventually he asks the junior employee to explain it to him by saying, "Please, speak as you might to a young child, or a golden retriever".

Firstly, don't be afraid to ask people to explain things simply. Don't be afraid to admit you don't know. When people use complicated language and jargon they are often doing so without thinking. They're using those terms because that's what everyone else is using. Asking them to explain it simply will force them to think about what they're saying. You'll be surprised what they say.

Secondly, I sit in loads of meetings where I have no idea what people are talking about. Often when I admit I don't know what someone means other people nod and say they don't understand either.

As a communications professional you are at a huge advantage if you can explain things clearly to the widest possible audience.

Death to the jargon shibboleth. 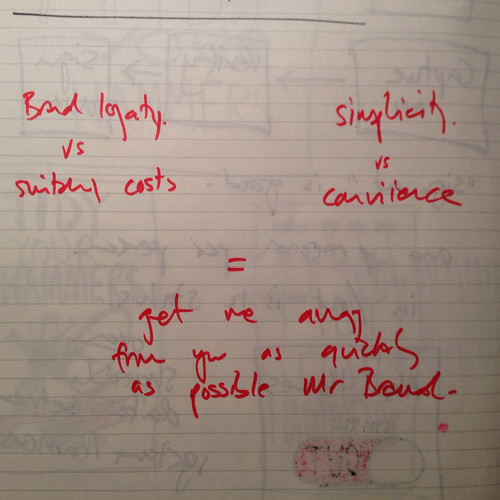 Russell and I had breakfast the other day.

Russ﻿ell said, ﻿﻿﻿"What you should have said was that what people are actually saying is that they want to get away from the 'brand' as quickly as possible and get on with their lives. "

And then we both remarked that in the old days we'd have blogged about that.

And then we sat back in our chairs and admired the view over the water. 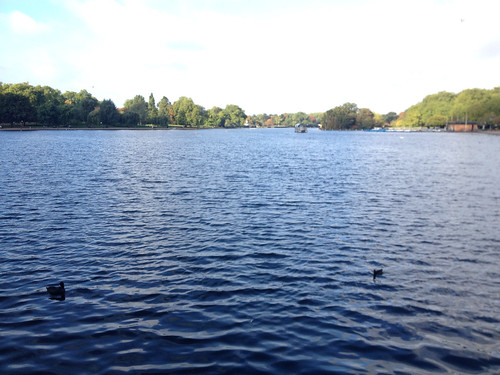