From the drafts folder

I've saved up a few half written blog posts and put them together as one loosely joined blog post. If I'd have posted it over the Christmas break it would have been a sort of review of the year. Warning: jumps around a lot. 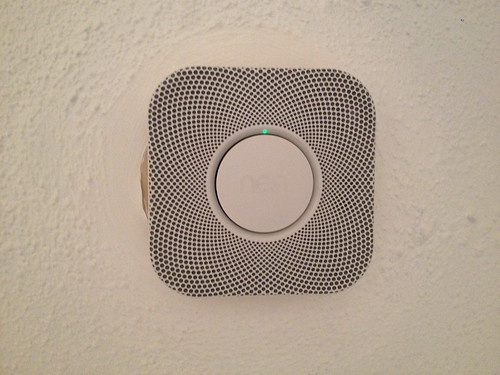 In praise of Nest
I'm a huge fan of Nest. I think they're one of the most exciting companies around at the moment. Taking the exciting stuff of the last x years and putting it into boring things. Making boring things better. The internet of boring things. I love that they are taking dull but useful and important things and making them much better. A smoke alarm is exactly what clever people like that should be working on. Not shiny things for a niche, smart, clever things for the masses. That's good, that's the goal.

They have had criticism for making a £100 smoke alarm, but that is how they have to start. The price will come down. There is a lot more to come from Nest. 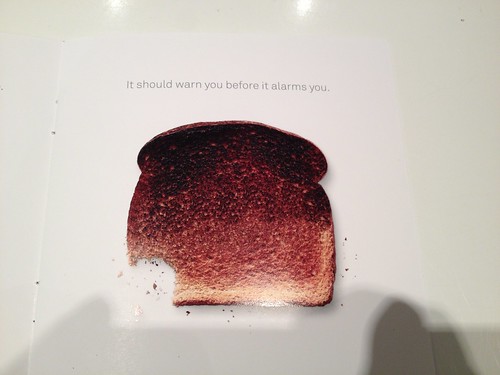 And their marketing is good too. Simple, well crafted. "It should warm you before it alarms you" is a great line with a good visual. Brilliant stuff.

(I actually wrote this last year before the Google acquisition, but in my mind that changes nothing.)

Good + scale, not good + niche
That's what you're aiming for a friend told me. Does what you're working on pass the taxi test. Taxi test? "What do you do mate?" " Oh, I work on X" Has the driver heard of it? Does it make sense? I bet they remember the original Carling Black Label ads... See also; In praise of Nest.

Marissa Mayer / Christoper Bailey / VCs
Christopher Bailey - a designer recently promoted to CEO of Burberry. He had actually been shadowing the old CEO for sometime, so is more than ready to step up.

Marissa Mayer - not a designer in the traditional sense, but someone that understands the design of products in the fullest sense. Not everything at Yahoo! is perfect (see blog post here) but she's doing exciting things. Momentum.

And stuff like this is interesting to me. VCs specifically targeting start-ups founded by designers. Like this one and this.

This isn't really a thing, but it's something I'm interested in. I've always been interested in the business, management, spreadsheet side of things. 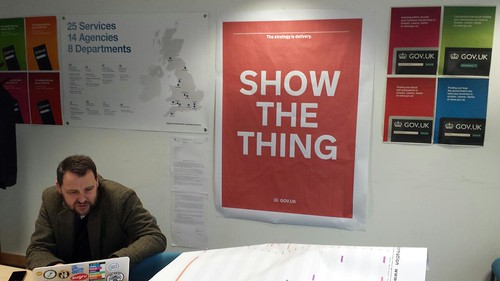 Which brings me on to "the strategy is delivery" a blog post Mike wrote at the start of this year. It's one of the most popular GDS blogs and keeps getting referred to. It ties in with the point above and has been something I've always been keen to focus design on. What's the point of what you're doing? If you're a designer that doesn't understand delivery then you're just making pictures. And that's OK, but be sure to know the difference and be sure to know which one is needed when. 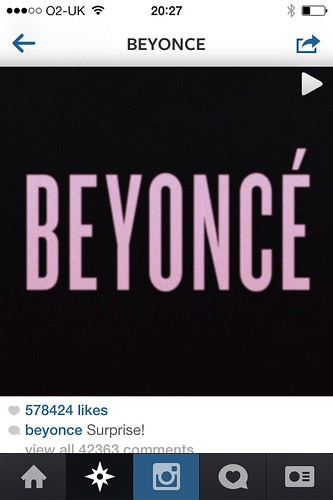 Beyoncé released an album solely in iTunes.
She announced it on Instagram. Went to number one everywhere. Marketing spend? I know some people at record companies and it seems no-one knew anything about the release date. Not her record company or anyone else's. And they are not happy off about that. Highlights the power and freedom a successful artist who understands digital can weald. Would make me extremely worried if I worked at a record company. Lessons here for others too.

Play is playful play
I've spent a lot of time last year out and about in the UK with people working on government services. Important, but unglamorous things like Carer's Allowance. Trying to use design to make those services better. As I sit on the train reading Tweets from the usual suspects, one thing has really struck me - how would that sound to Maureen in Arcacia Avenue, MIddletown, England? Would that sound like help? Does it make sense or does it sound like jargon. In my opinion, most of it sounds like jargon. Play is playful play is a phrase I just made up. But you know what I mean. We've all done it, I'm sure I have. But next time, ask yourself if this is helping real people make stuff better. Say it out loud and ask yourself what it would sound like outside of zone 1. (Works for smoke alarms.) 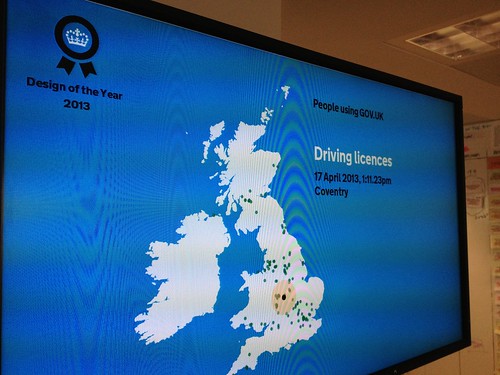 GDS won some awards this year (more here)
Winning Design of the Year and a Black Pencil was an odd experience. Design of the Year got by far the most attention, by absolute miles. Francis Maude, our minister, enjoys telling people and you can see it makes sense when he mentions it. Black Pencil? No-one mentions it and I think that's because it's so hard to explain what it is and why it's good. The narrative is too complicated.

To my agency friends, Black Pencil is disproportionatley exciting. It's like catnip. The effect is startling. I remember when Tony D was president of D&AD and he was always saying it should become like a hallmark and it should be on things that have won so that the public get used to seeing it and it would mean something. He was on to something there. D&AD should think about that. 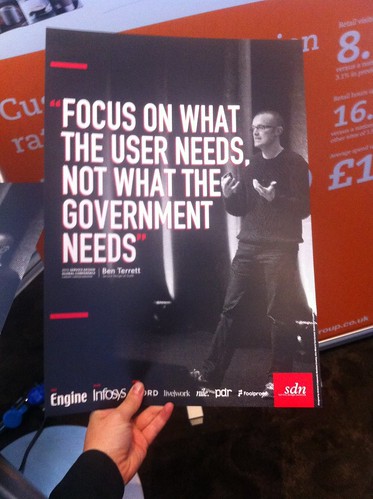 Service designers
I went to service design conference in November and they made a poster about it. I met a lot of service designers this year. As ever I'm wary of all terms (see also Design Thinking, Mobile First) but they are starting to feel like the right sort of people. Less ego, less superstars than other areas of design. Less "we can fix this with more design". More actual doing. More desire to fix things and go outside of design if that's what's neccessary. Good, thoughtful people. They need to do more, have more successful examples, but still - good.

The best part of software for folder locking is that it is easy to use. You don't need any kind of technical expertise to use the software. Folder lock

The best part of software for folder locking is that it is easy to use. You don't need any kind of technical expertise to use the software.
Folder lock
https://www.microsoft.com/en-us/store/p/folder-lock-free/9nblggh3m5gq

thanks for sharing this beneficial data..Fire-resistant fabric