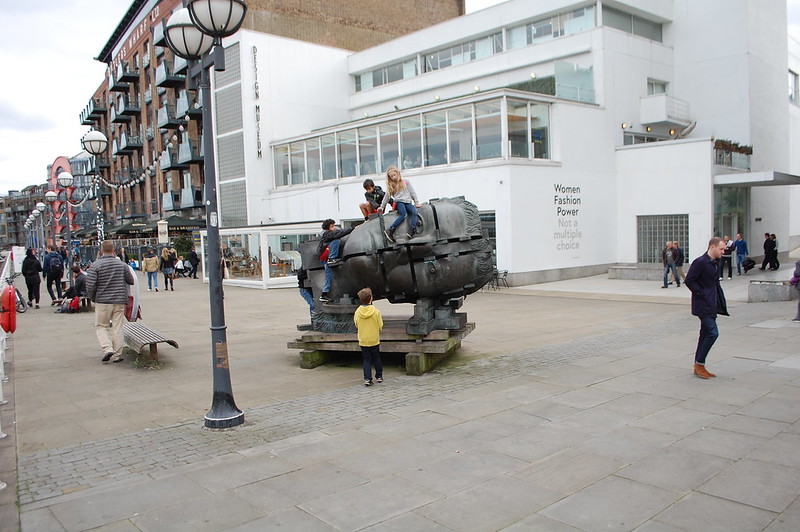 Of all the amazing things to do in London, this bronze head has probably given my kids the most fun over the years.

It's by Eduardo Paolozzi, it's called the Head of Invention and it's outside the Design Museum.

It's the perfect size, shape and construction for climbing on. It can be a mountain, a base, an aircraft, a spaceship or just a "home".

What's odd is that there are no passive agressive Do Not Climb or Do Not Touch signs on it or near it. Not once has someone is a hi-vis vest told them to get off. It perfectly follows Davies's 3rd law "if you make something that looks incredibly climbable, you shouldn't be allowed to say people can't climb it... especially if it's an entirely decorative thing. You should either make something actually climbable, or something that doesn't look climbable."

Unlike this at the velodrome. 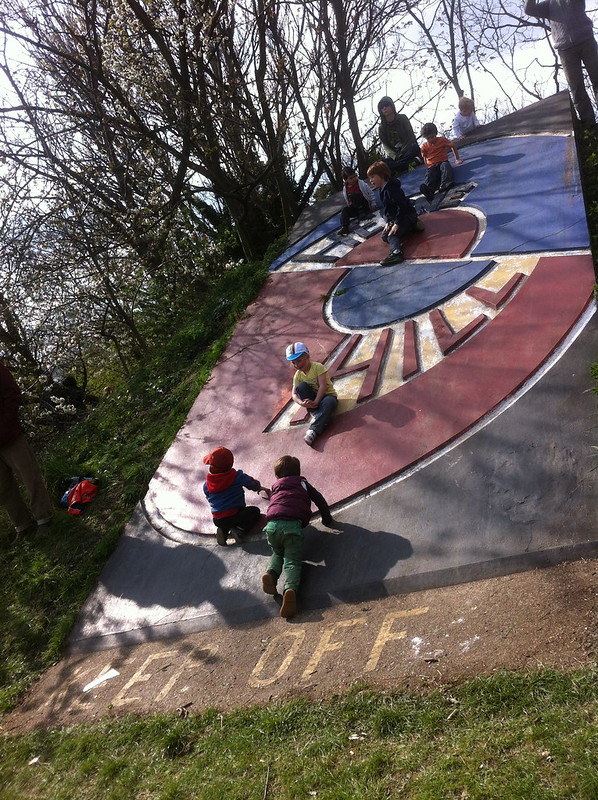 I've never seen anyone fall off the bronze head and the (presumably valuable) sculpture isn't noticeably damaged in any way.