Play With Design - an update 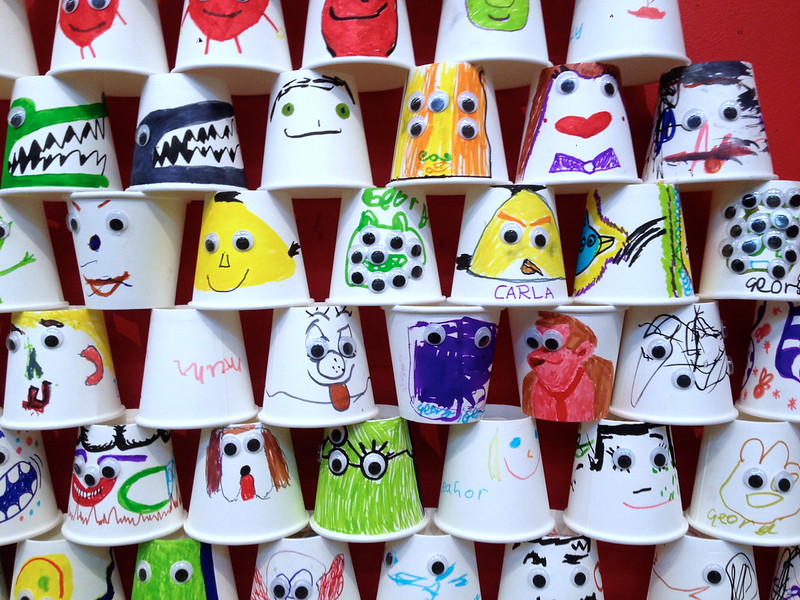 A few weeks ago we held an event called Play With Design at the V&A Museum of Childhood as part of the London Design Festival. Bit more on the background here. A small event all about design and computer games. The point of the event was to show kids that if you like drawing and you like computer games, you could be a games designer. 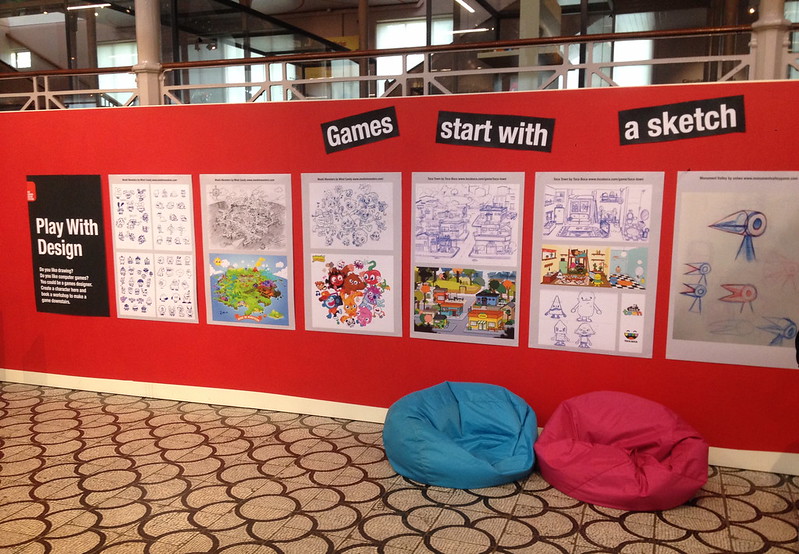 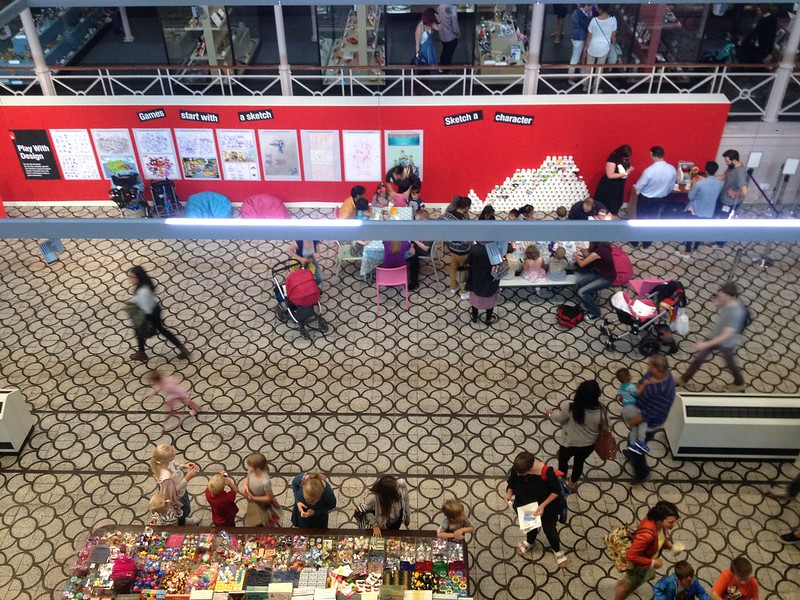 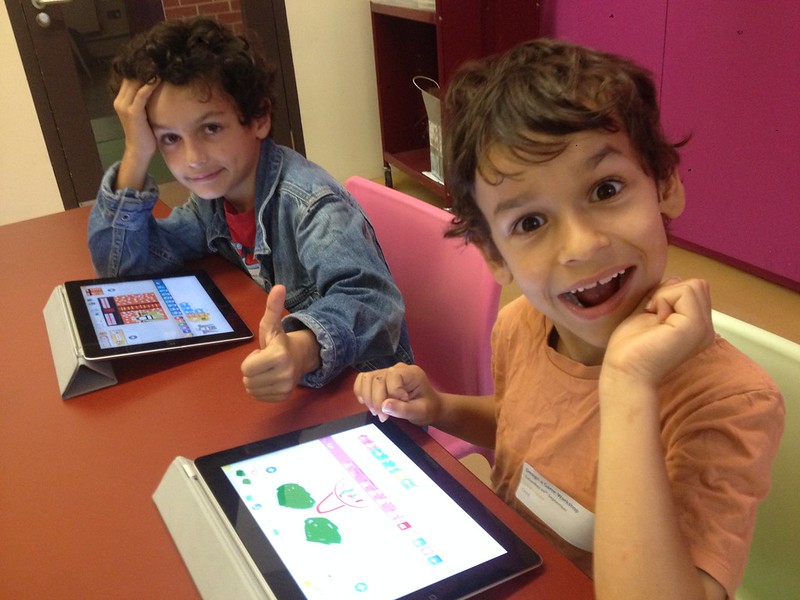 In the main hall you could see sketches of famous games and draw your own character and downstairs you could make your own computer game using Scratch Jr. We had 40 kids doing workshops and the stack up character cups got higher than the kids. I'm not sure of visitor numbers, but it was busy all day. MakieLab even brought along a 3D printer. 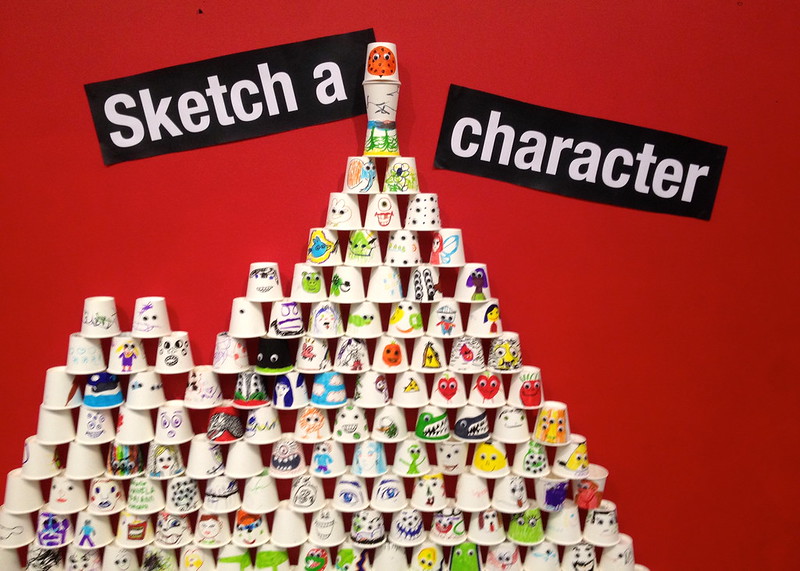 It was fun. Hopefully we'll do it again next year.