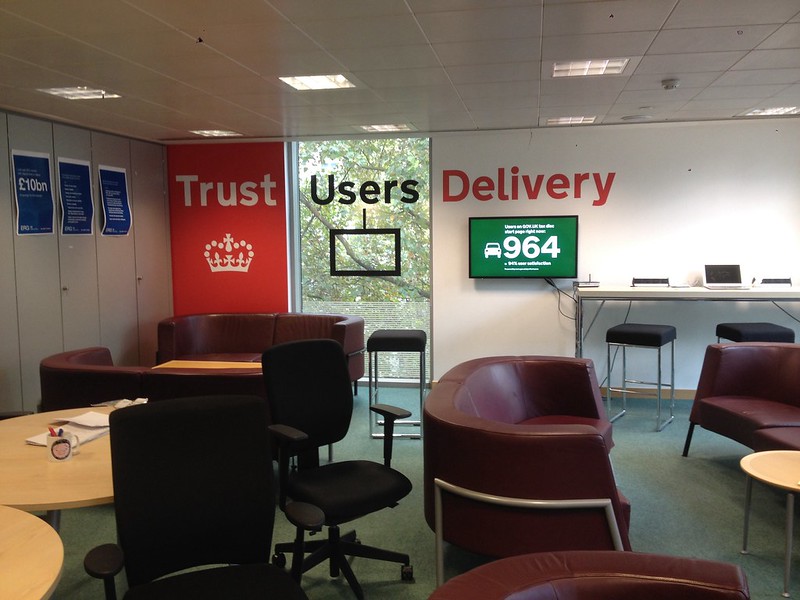 I have handed in my resignation from GDS. Four years is a long time and news of Mike's departure made me think about moving on. I don't have another job to go to.

A few thank yous. Tom Loosemore and Mike for bringing me into government and for convincing me the conditions were right for good design. When I first met Mike I said we needed to think about this project like a railway network or like the road signs and he told me I was the first designer who hadn't started by telling him their favourite font. I knew we would get on.

Thanks to Martha Lane Fox for writing such an insightful and concise report and Francis Maude for backing it. One Thursday evening when they accompanied me to the House of Commons to meet the All Party Parliamentary Design Group led by Barry Sheerman is just one example of their support for user centred design.

Thanks to Margaret Calvert whose early support I have talked about before, but proved vital. Sir John Sorrell has provided wise council many times.

Design doesn't have a distinct home in government but it sits in Ed Vaizey’s portfolio under the Creative Industries. Ed has always been very supportive of GDS and the UK design industry in general. 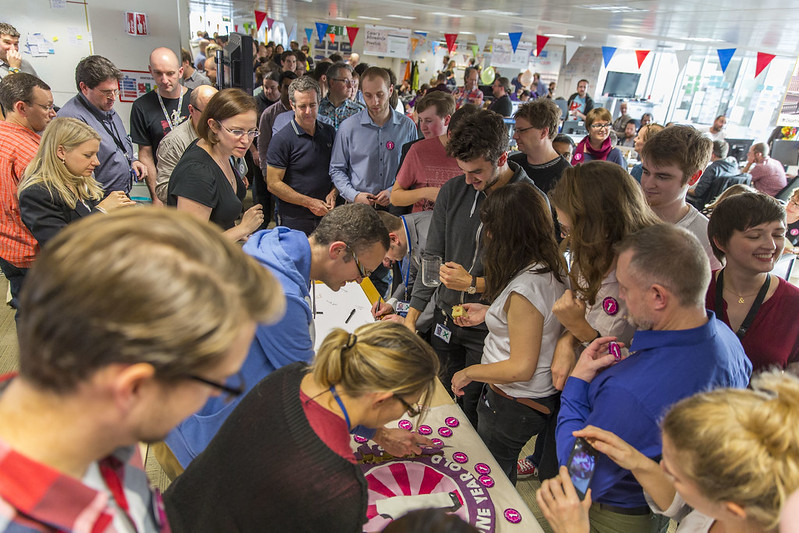 GDS is in good hands with Stephen leading it and over the next few weeks I'll be supporting him making sure design is strongly positioned for the future.

The design team are amazing. I'm proud to have worked with such a talented bunch.

I have often said government has a history of producing great design and some of the greatest designers have worked in the public sector. Tom Eckersley, Kenneth Grange, Jock Kinear, Margaret Calvert and many more, you know the names.

Every designer should work in the public sector. Being a civil servant and using your talents to help the people in your country is an honour. In an industry so often obsessed with novelty and persuasion, government is a chance to do real design work. If the government started a fast stream programme for design grads it would start to change the industry and make services better at the same time.

Sadie Morgan says HS2 is one of “the country’s great design opportunities”. The HS2 Design Panel, led by Sadie, is a good example of design being integrated in to a project early with public ministerial support. The design team are putting user needs up front. That team has already done some good work and I look forward to seeing what they do in the coming years.

Winning Design of the Year was an unexpected and high profile highlight and I’ll always enjoy those memories. But I am genuinely more delighted when people tell me how easy they have found using a particular transaction or service.

The other highlight is the design community we have started. Design is not just in GDS, there are six heads of design in government now and the community is blossoming. It meets regularly, it uses online tools to collaborate and it speaks with one voice. It's a strong group making big decisions based on user research. This recent guidance on "asking about gender and sex" is exactly the sort of thing a group like that should be publishing. Leading by example and setting standards for everyone else to follow.

Blog posts like this by Simon Wilson in HMRC or this by Ben Holliday in DWP are a goldmine for how to design services today. There are future leaders in that group, working every day to make services better for users.

That community is the future of design in government.

If you want to get in touch my details are here.

Best of luck with whatever comes next - and thanks for the great talk you came and gave us.