i don’t know how to make a playlist 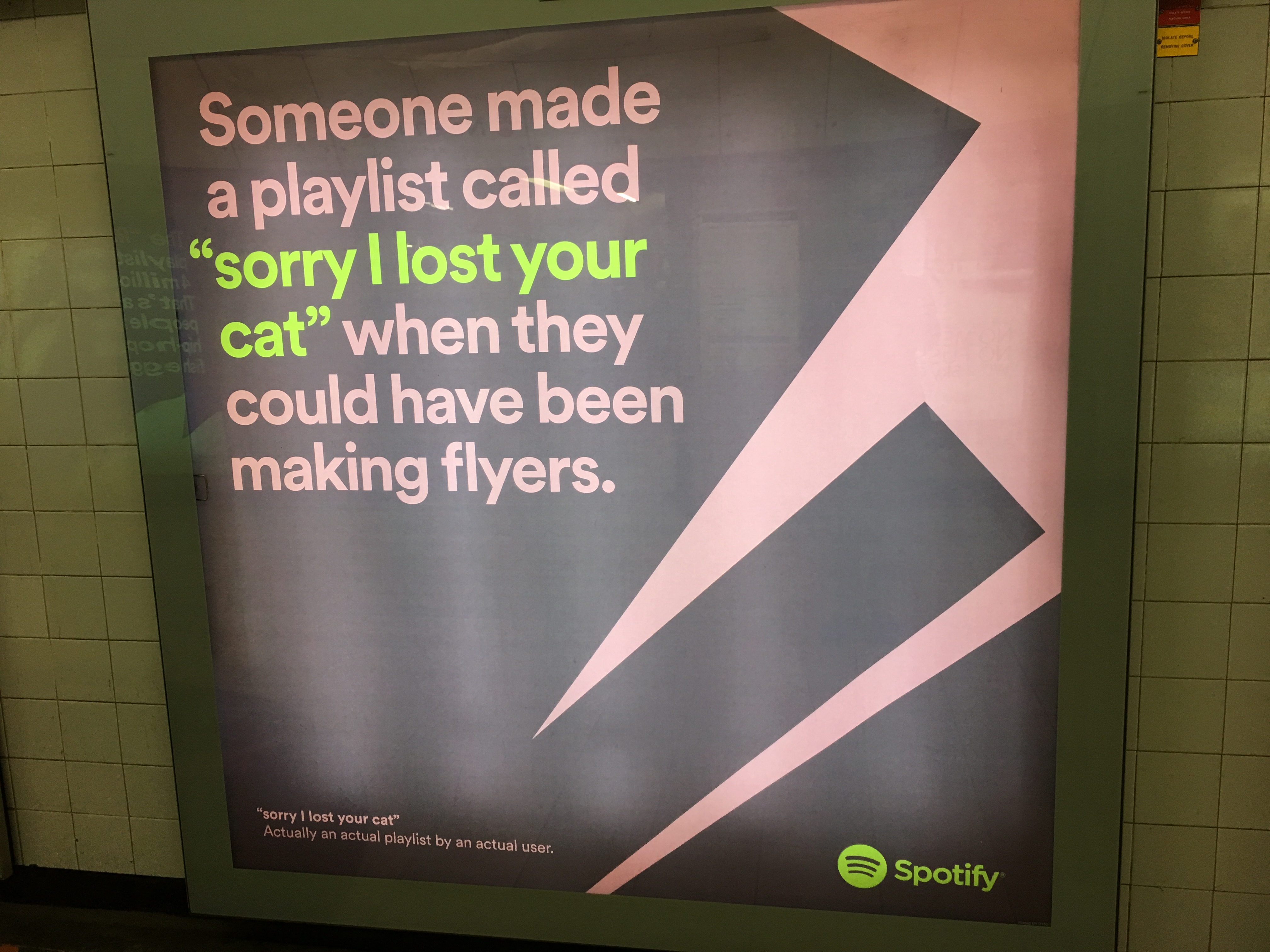 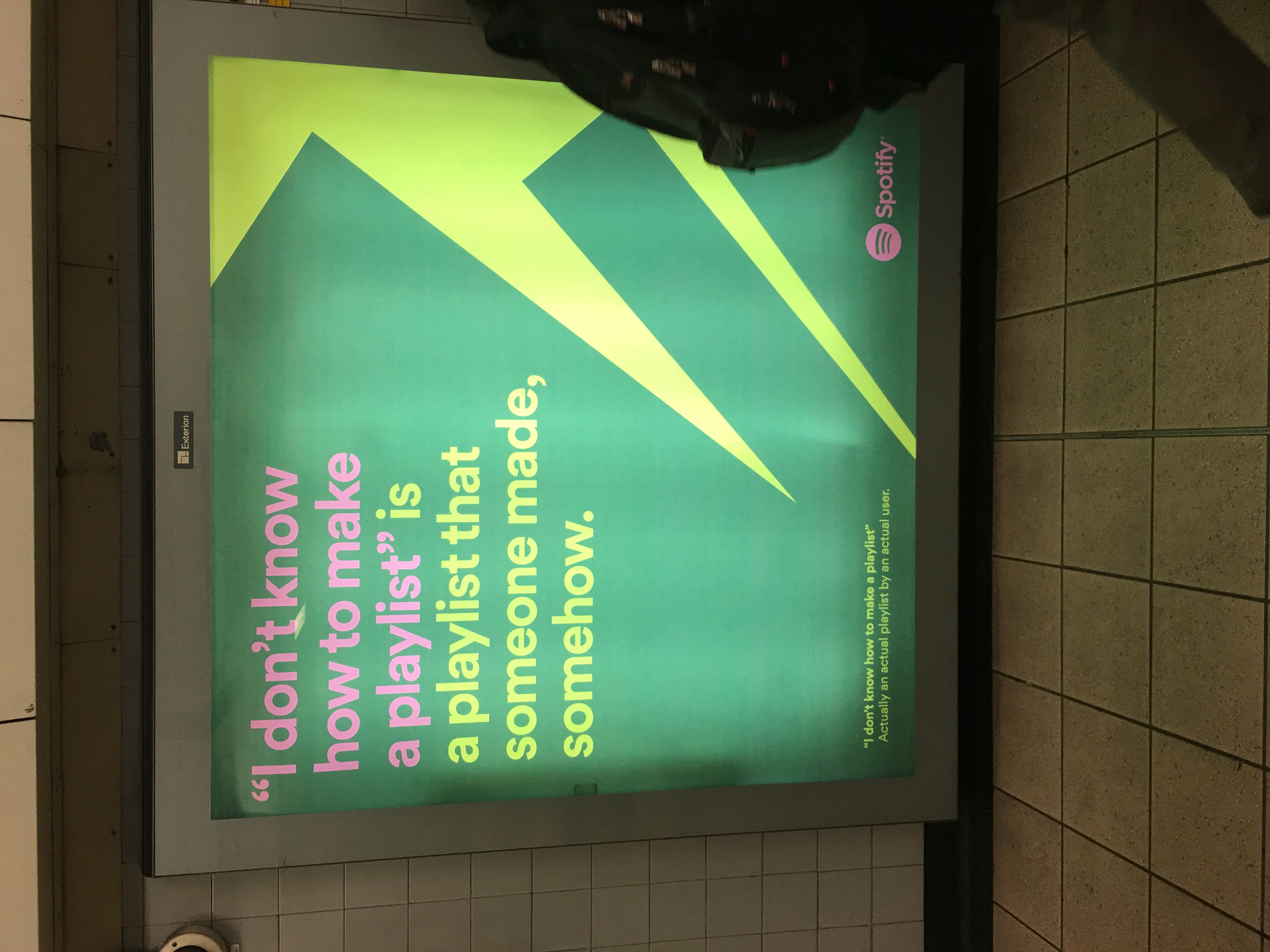 I really like the Spotify ads that are around at the moment. I like the simplicity of the message. I like the simple but bold graphic style. But most of all I like the way the language feels like Spotify and not all marketingy. Almost like someone at Spotify has written it rather than an ad agency. 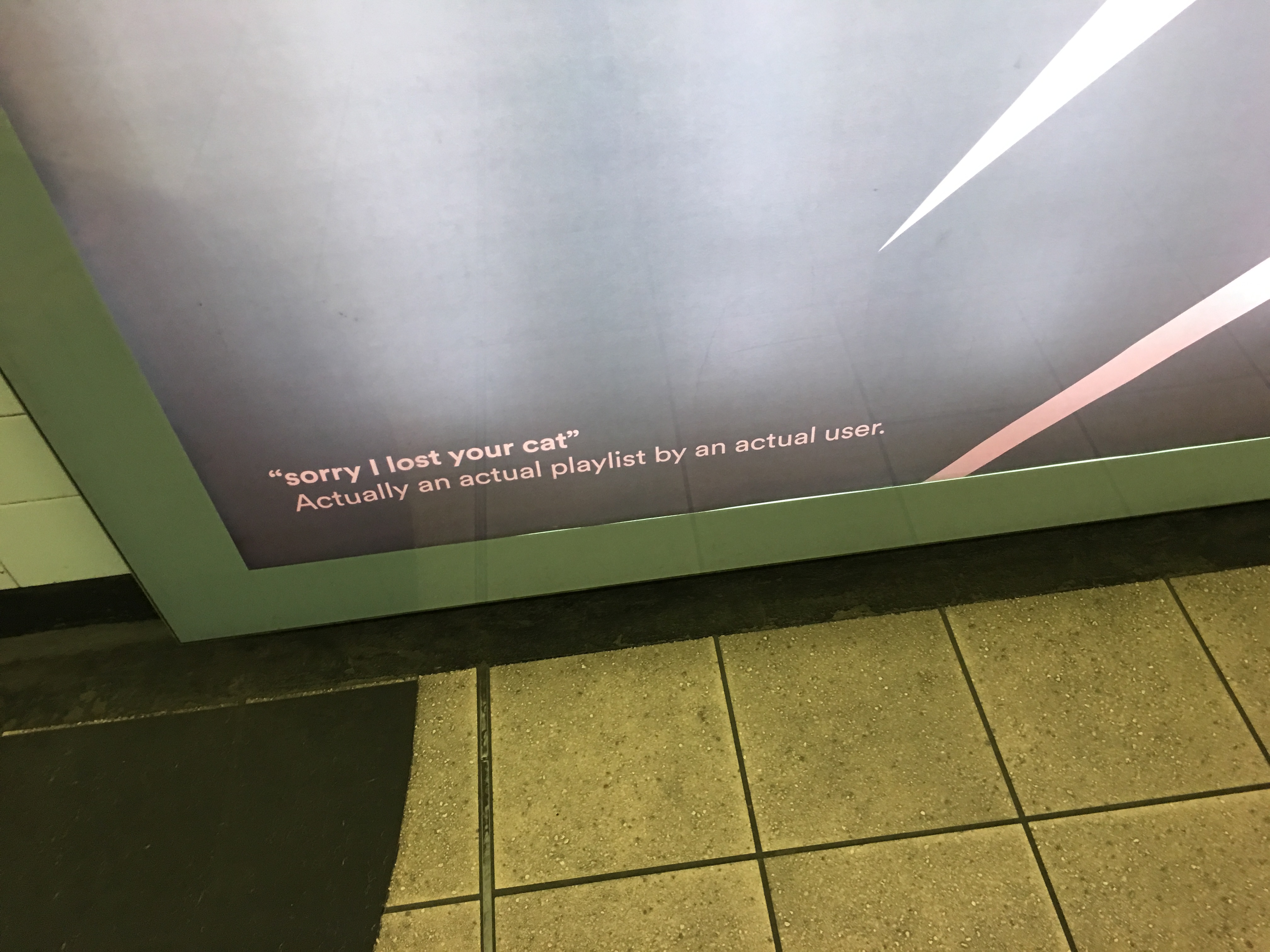 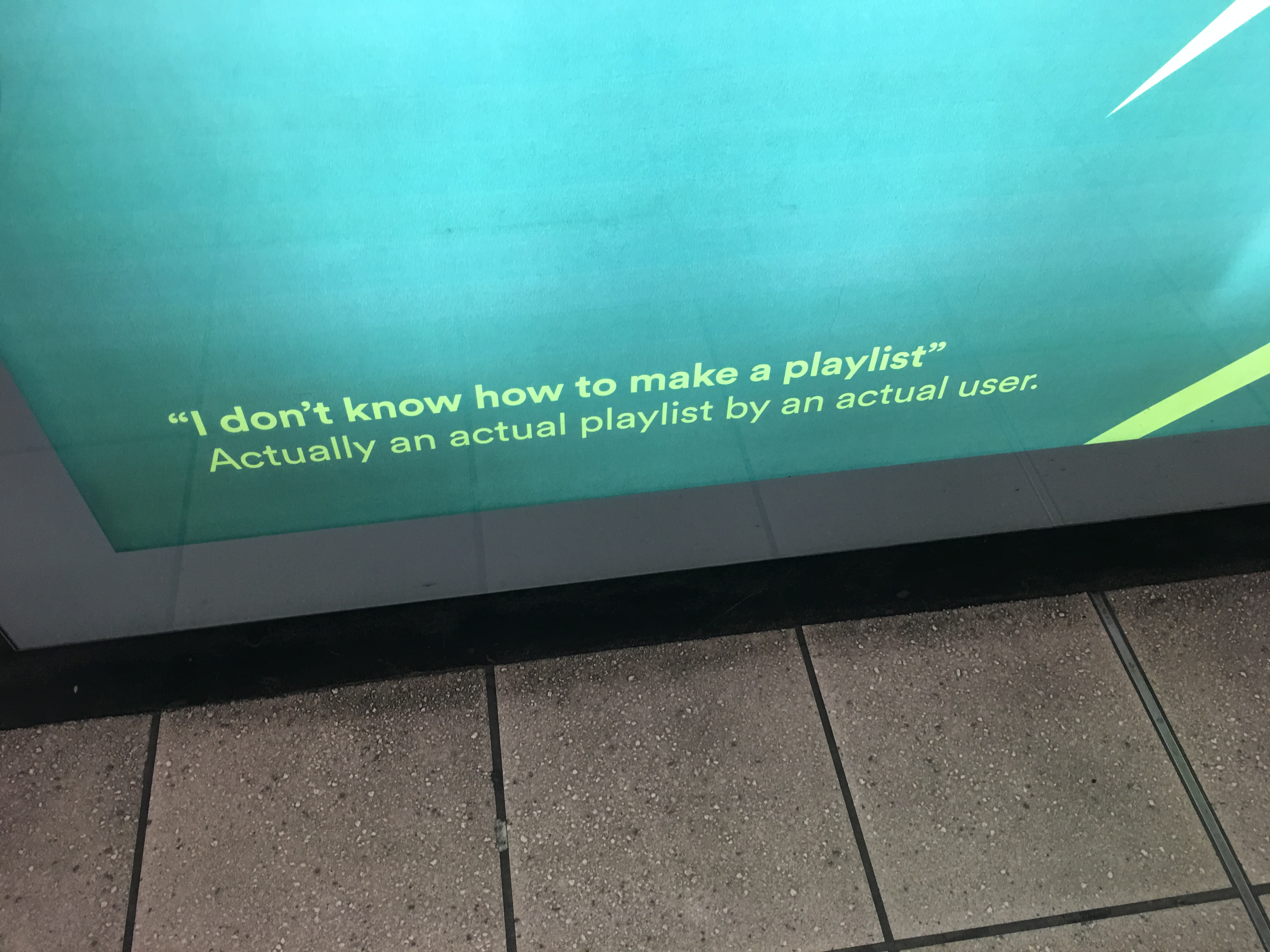 And then I noticed the little footnote about the playlists. Ah ha, I exclaimed, activation opportunity! Not really. But I did think that was a nice link back to the product. They must be actual playlists. After all it actually says, "Actually an actual playlist by an actual user". Except they’re not. 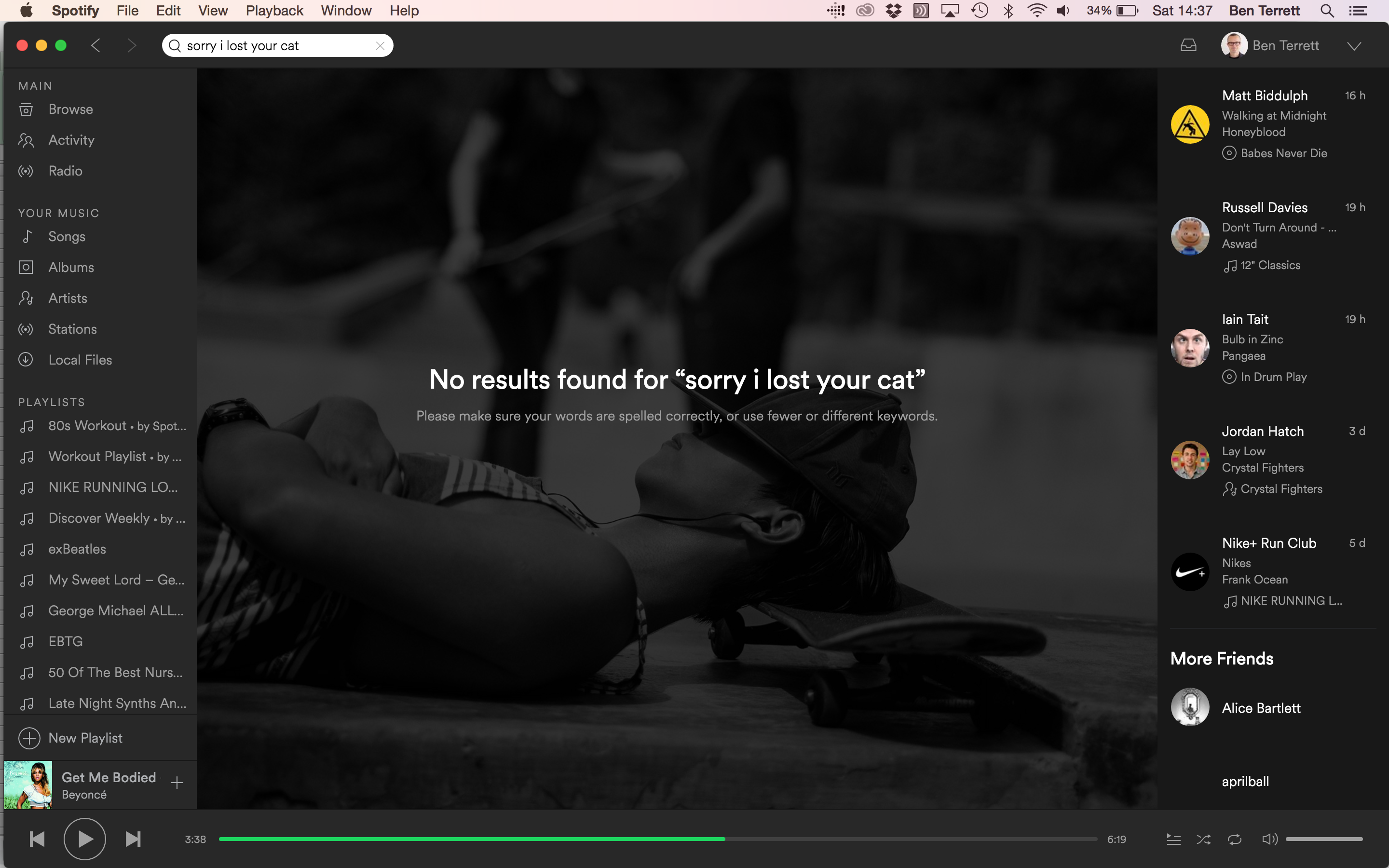 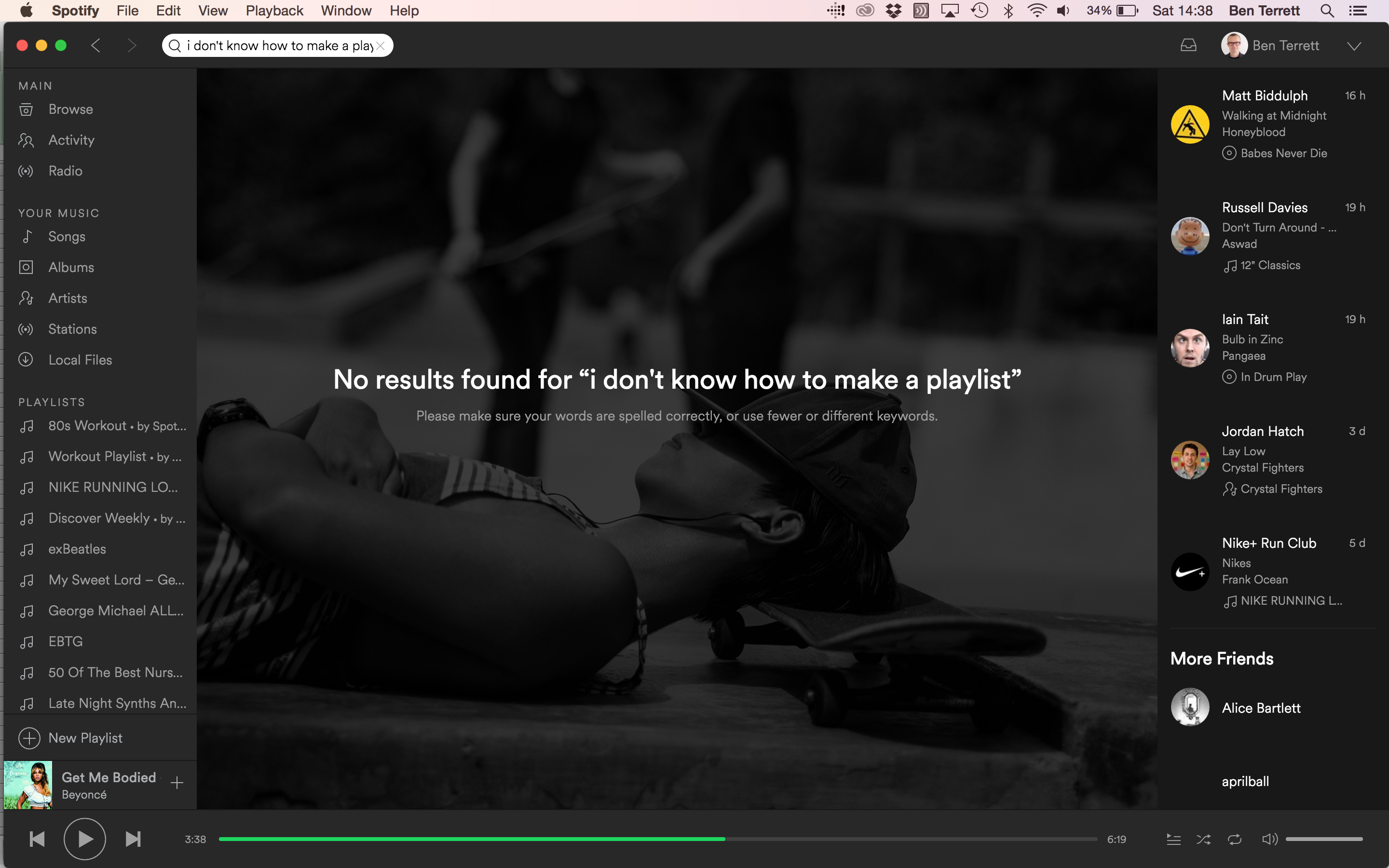 Or rather they weren’t when I took that screenshot. There are now 3 “sorry i lost your cat” playlists. And one “ i don’t know how to make a playlist” playlist made by me, just a minute ago. (Find that here. Caution: opens Spotify and starts playing Celiné Dion 'I Don't Know'.)

Given how easy it is to make a public Spotify playlist and given how obsessed marketeers are with activation and driving people online from offline channels, you’d think someone would have made a playlist. (Someone other than me and three other randos.)

That leads me to think the agency were very good at copying the style of Spotify in words but not in deeds.

Anyway, here’s a picture of a bus. 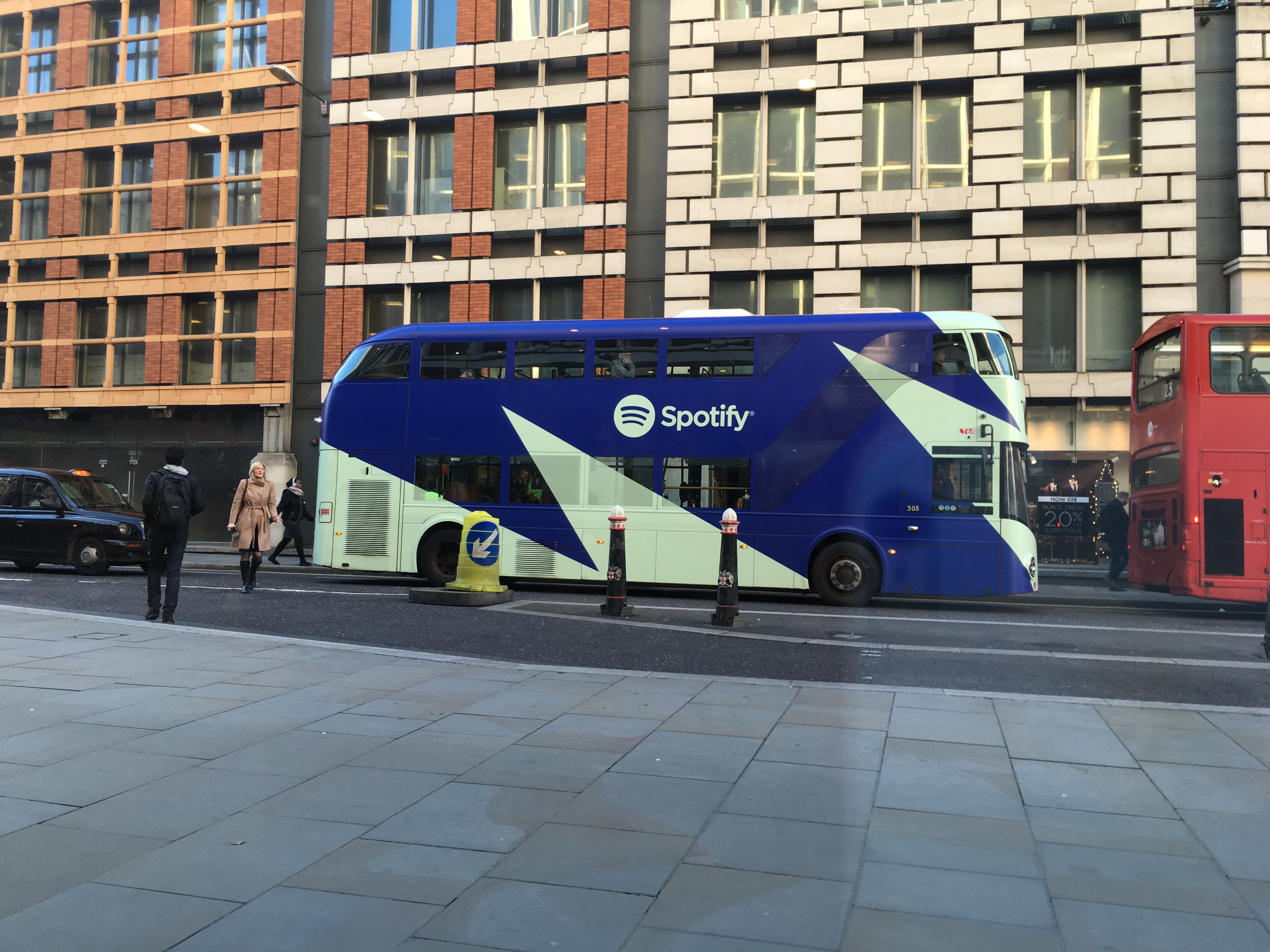 I have no idea why the picture at the top is sideways on some browsers. It's 2016 and I'm still using Typepad and Flickr. 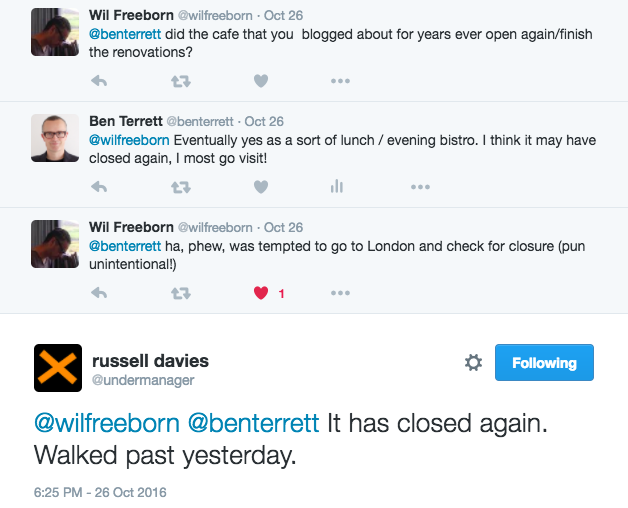 A listener writes in to ask about the progress of Diana's Diner.

This may be the new Diana's Diner. We're a year in. 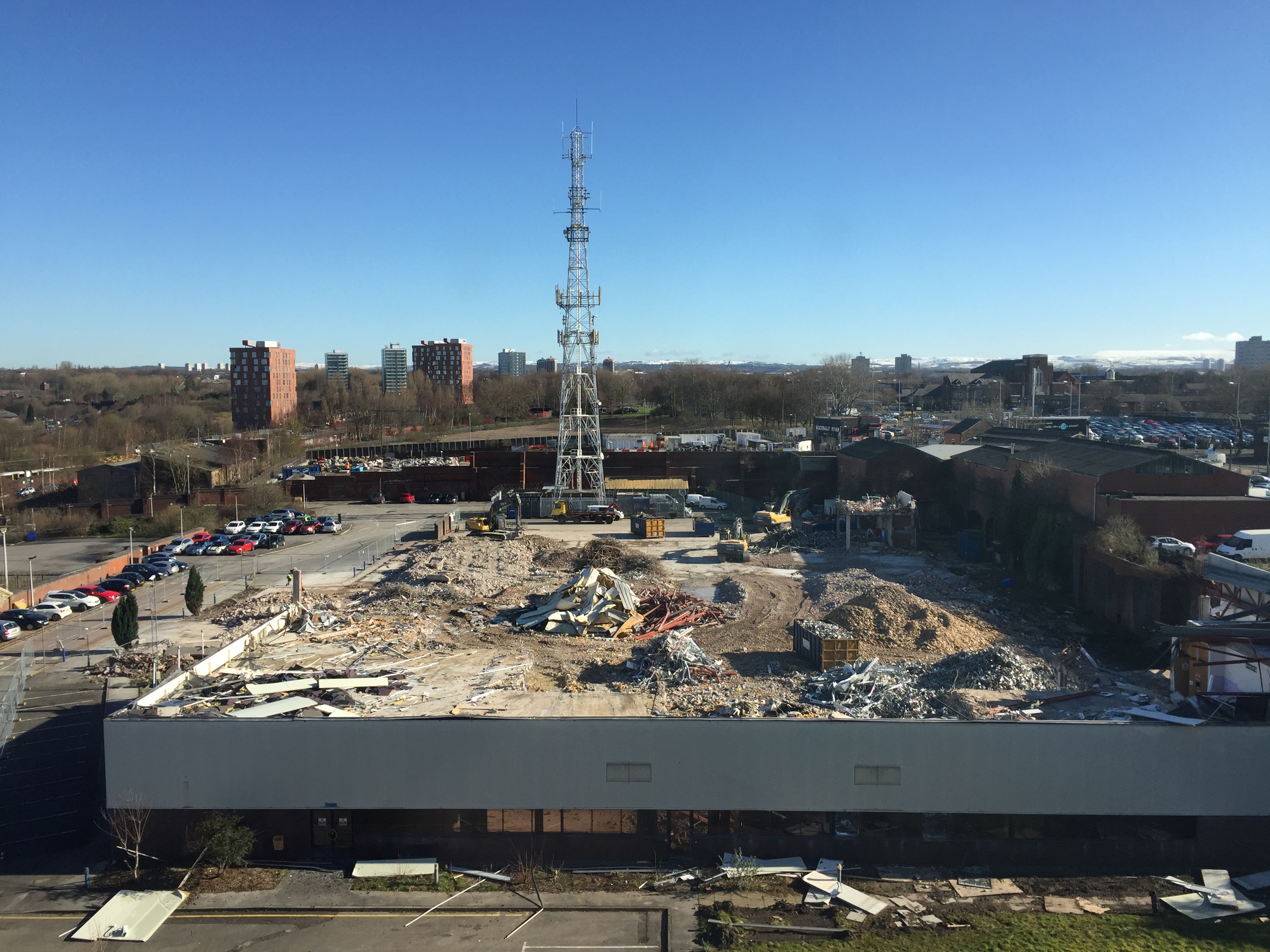 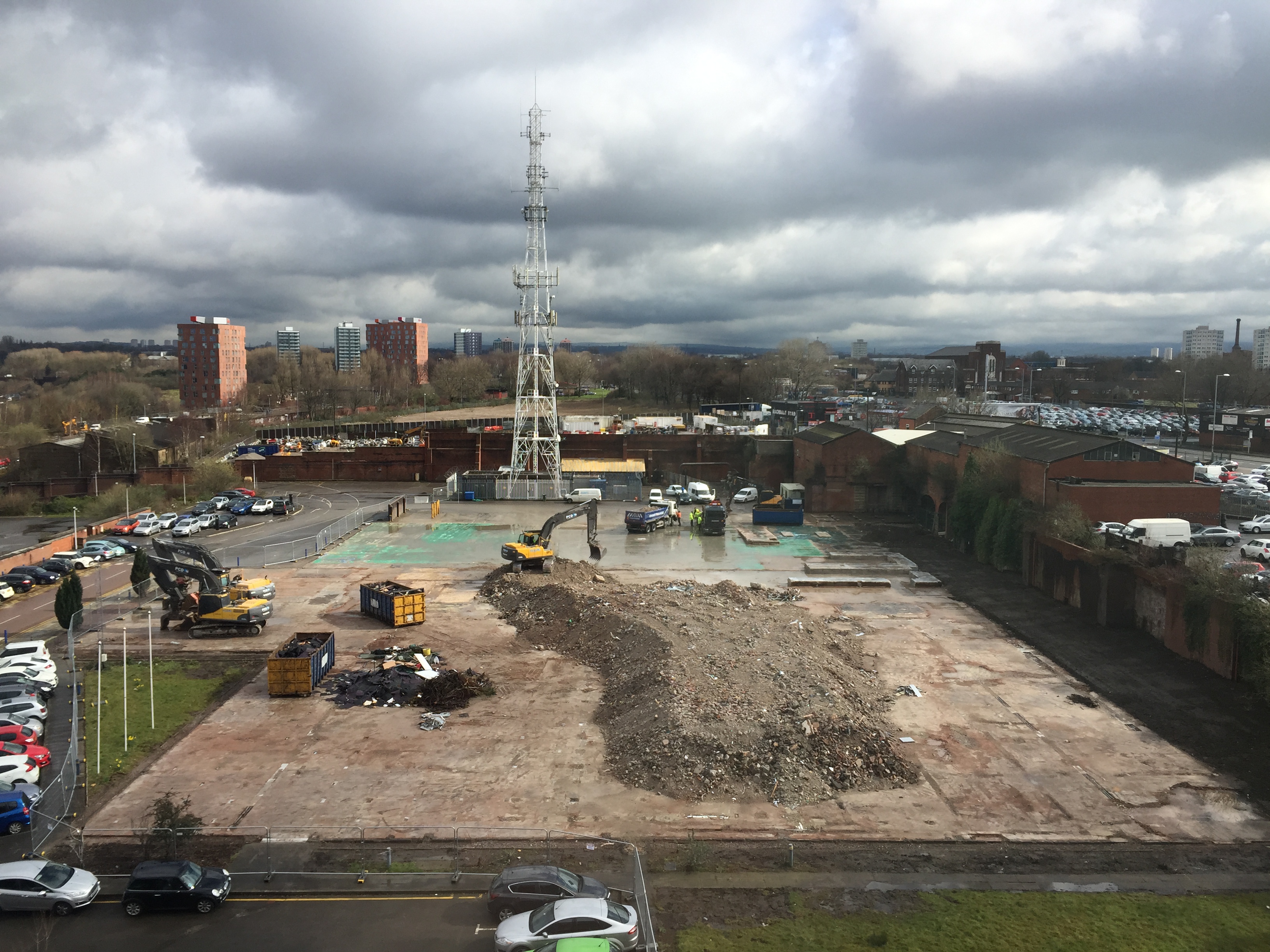 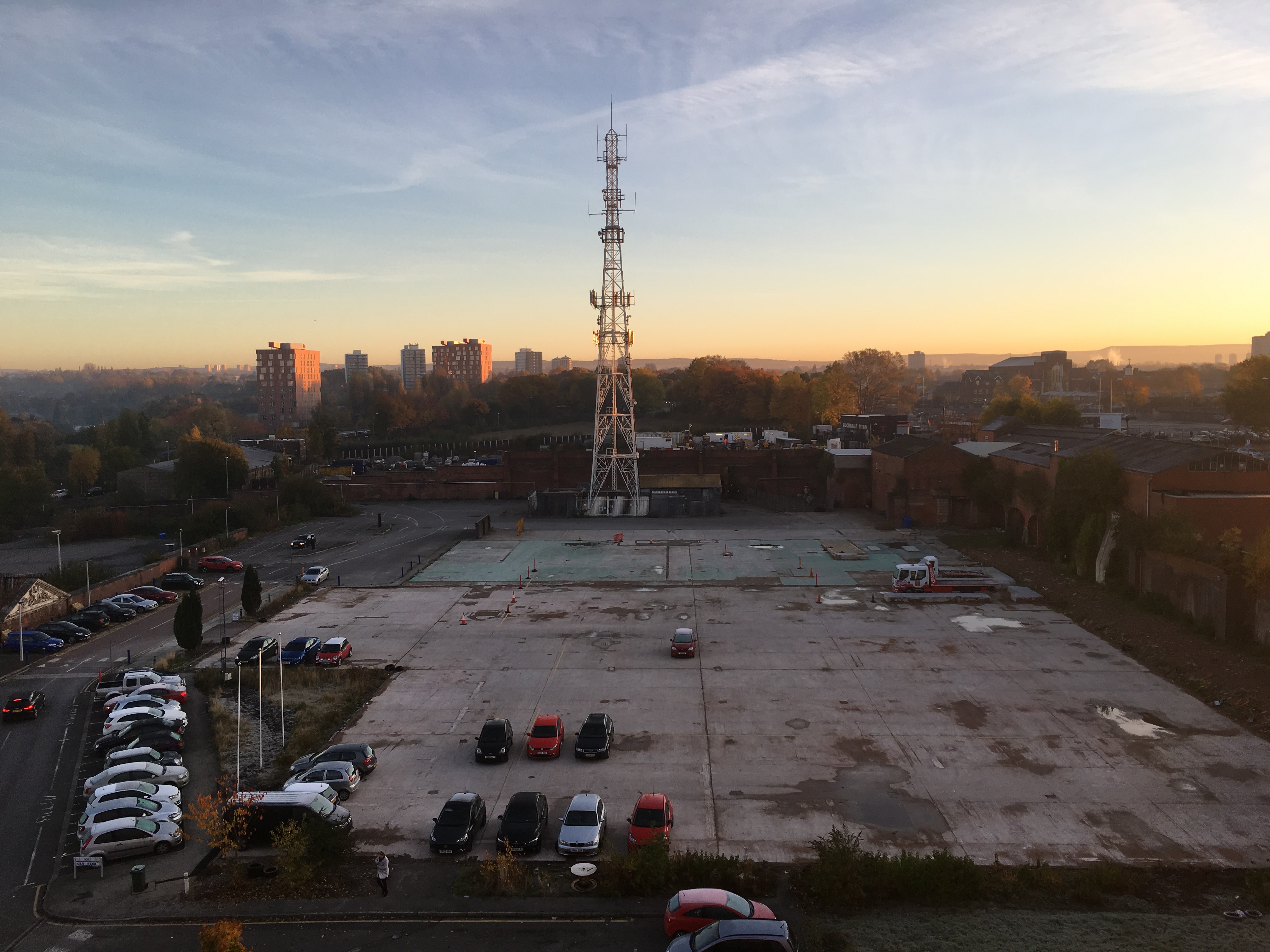 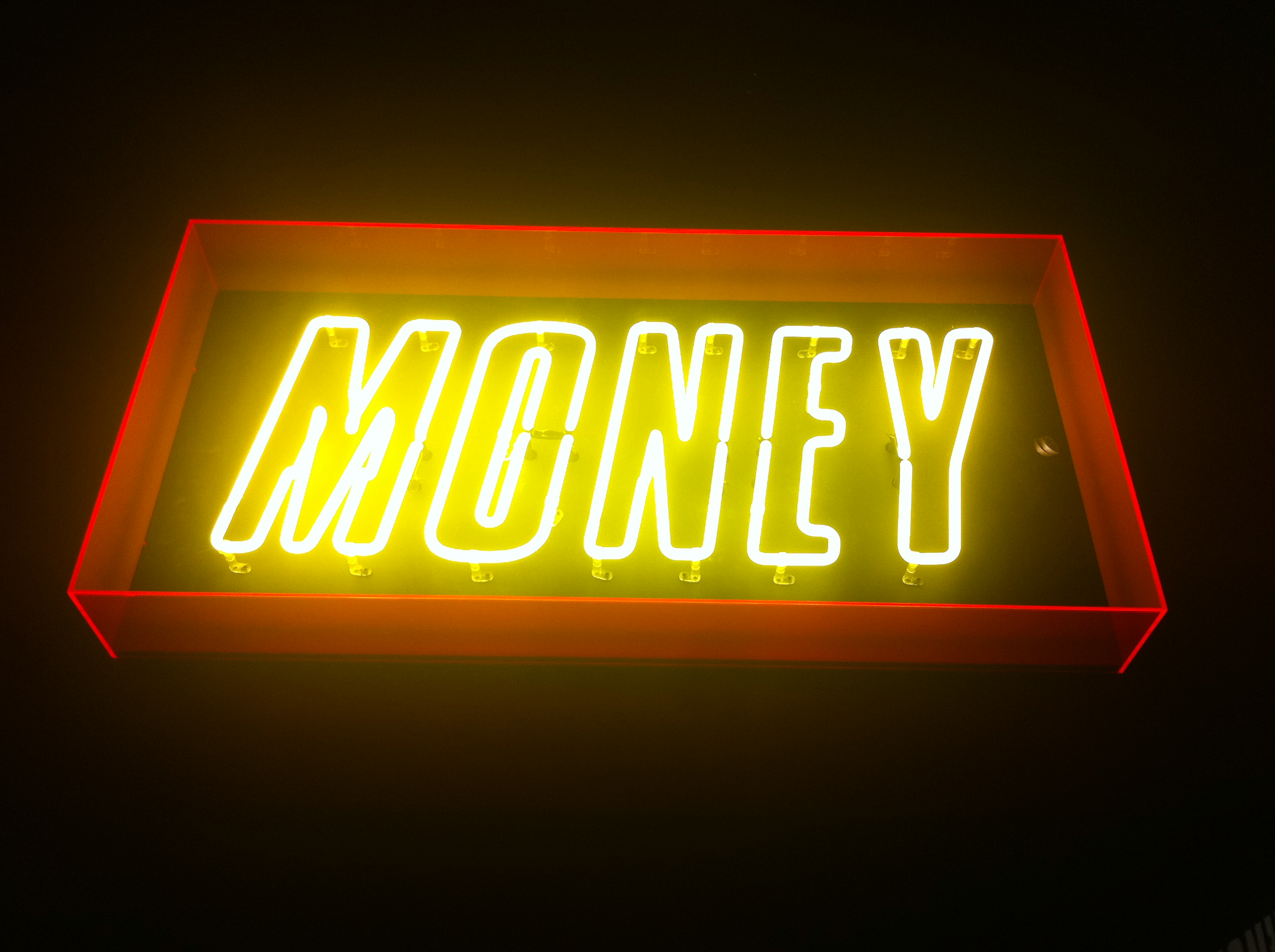