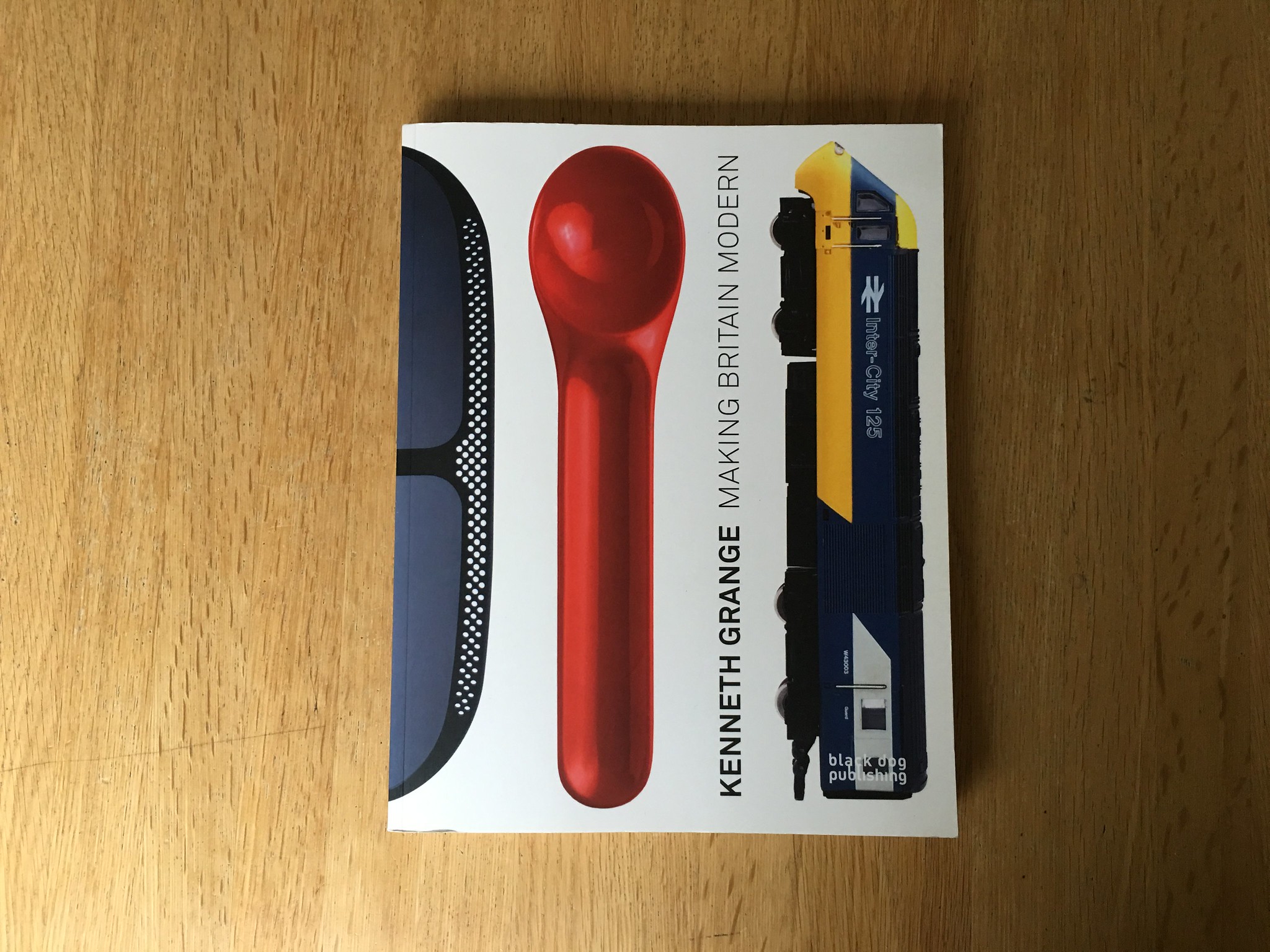 I bought this after the exhibition which I reviewed here back in October 2011.

The exhibition was great and I think a huge success for the Design Museum. Kenneth Grange does exactly the type of design I love; function first but still beautiful. Simple things produced at scale, designed for everyone. It was after visiting this exhibition that I decided to take the job at GDS. 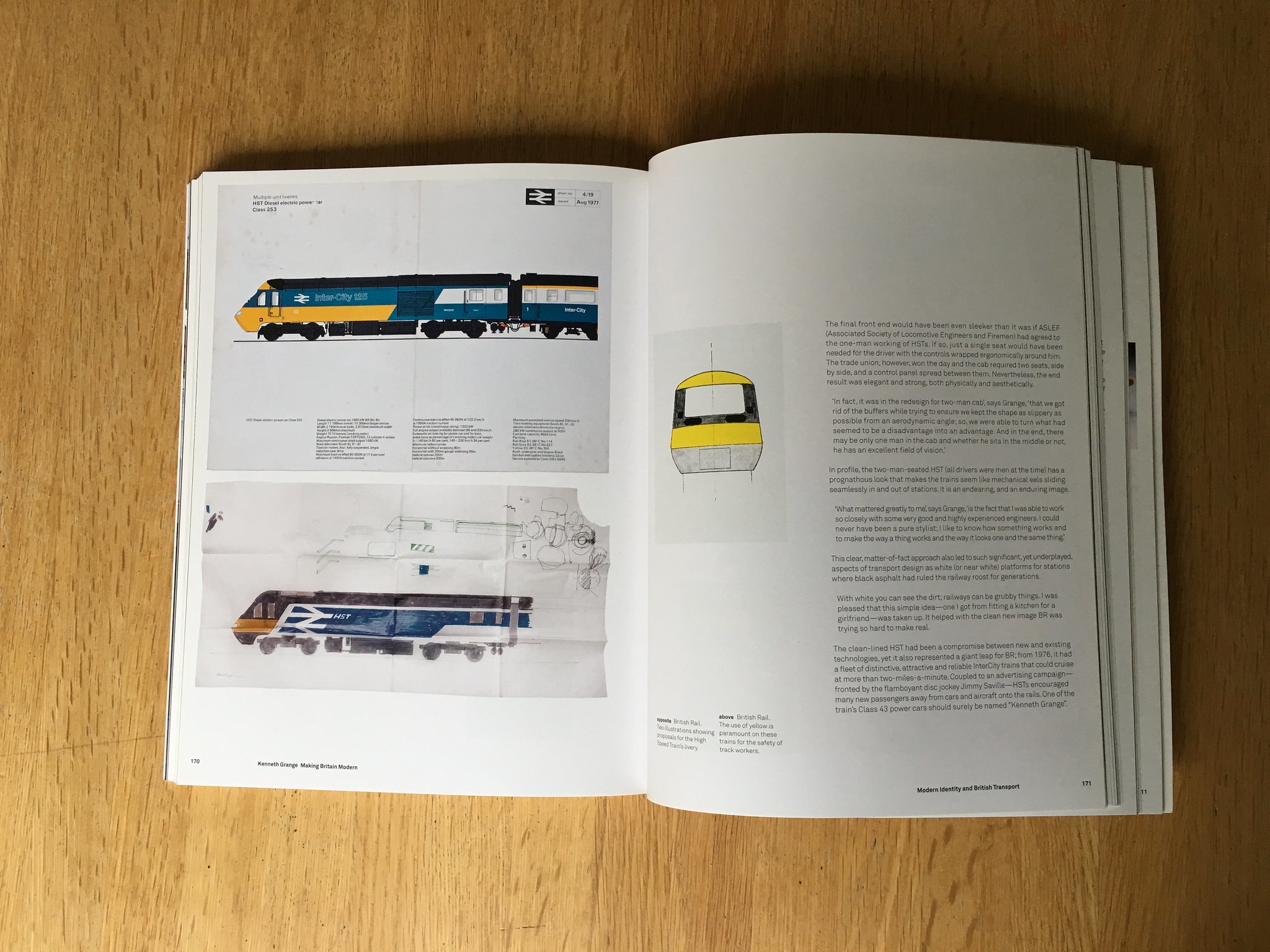 The book is really the catalogue of the exhibition which itself was a monograph of Grange's life and work. It contains a piece by Deyan Sudjic and history of his life by Gemma Curtin who I think was the curator of the exhibition. 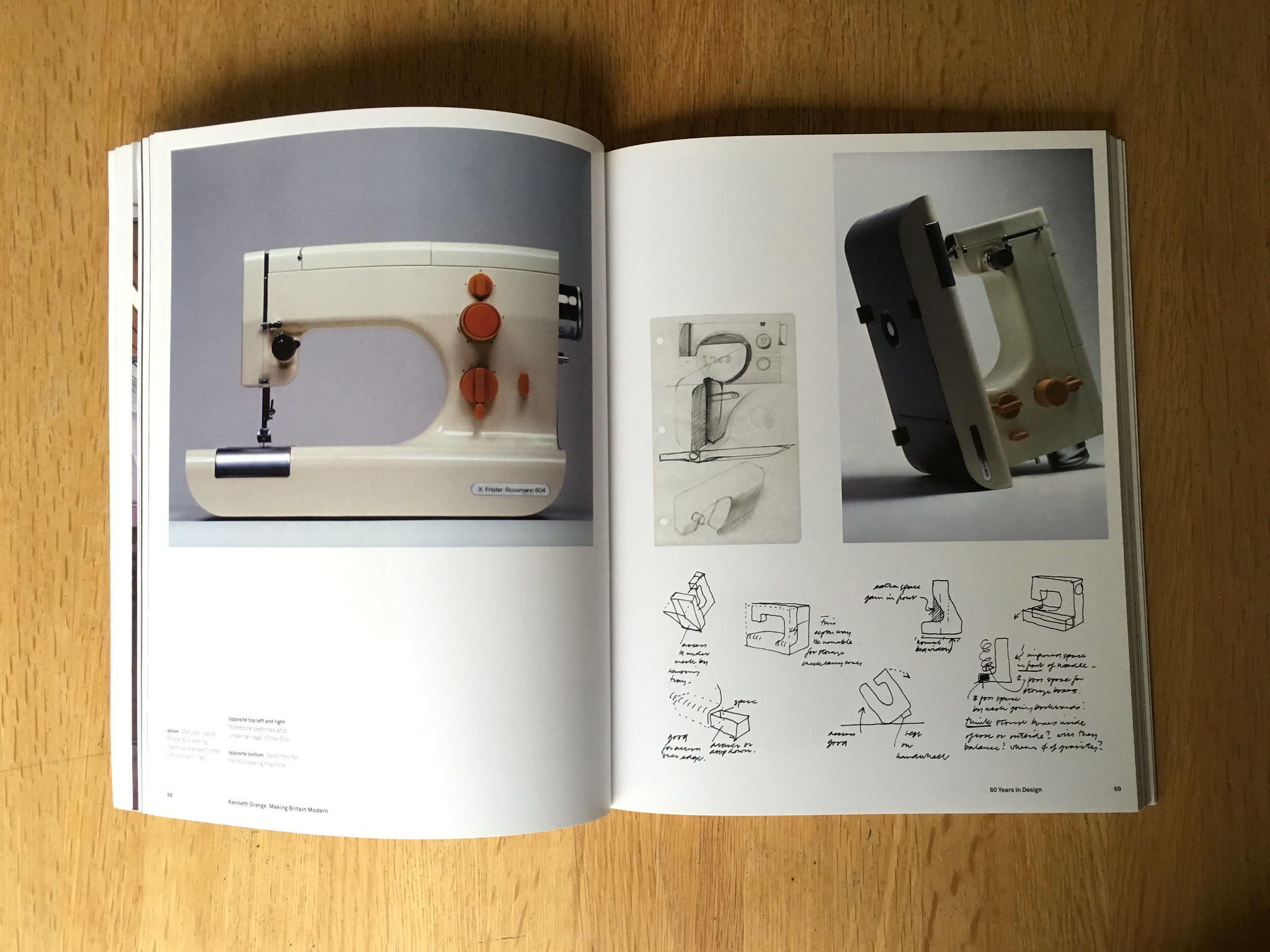 The book contains lots of sketches which are always fascinating and like Grange's work they need very little explanation. I love sketches like this and I like reading the stories behind designs, the process. I think most designers do. 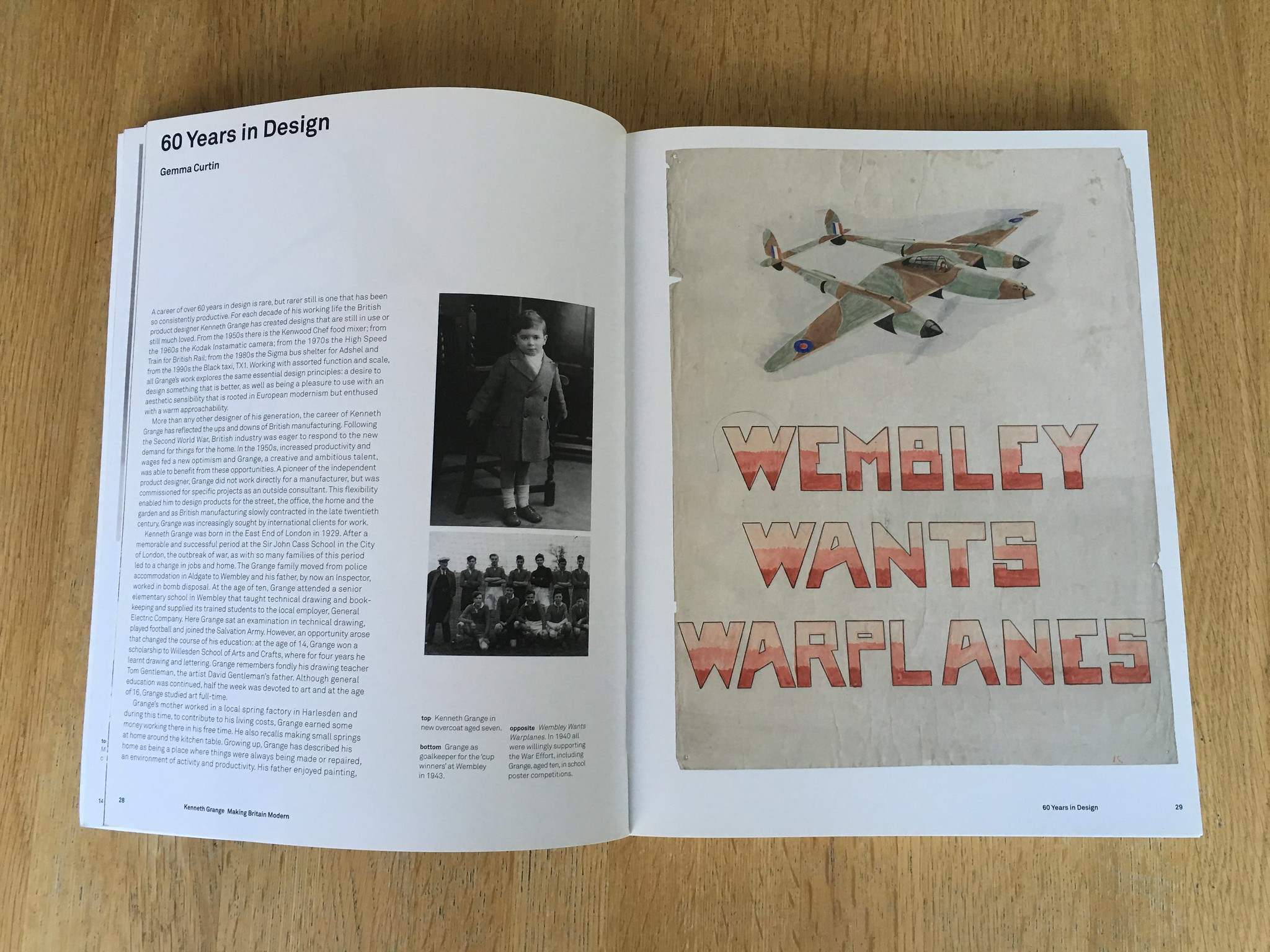 I imagine most designers have a poster similar to this one he did when he was ten. Maybe not about the war, but very direct first attempts at graphic design.

There's an interview with him which a quick scan tells me is as interesting and as humorous as he is in real life. Yesterday he was the guest on Desert Island Discs which you can listen to here.

Grange was one of the founders of Pentagram, I can't find much about that in here but it must be in there somewhere.

There's a timeline at the end, a simple device but there isn't a better way to get across the influence Grange has had on Britain and the world. The 70s were a productive decade. 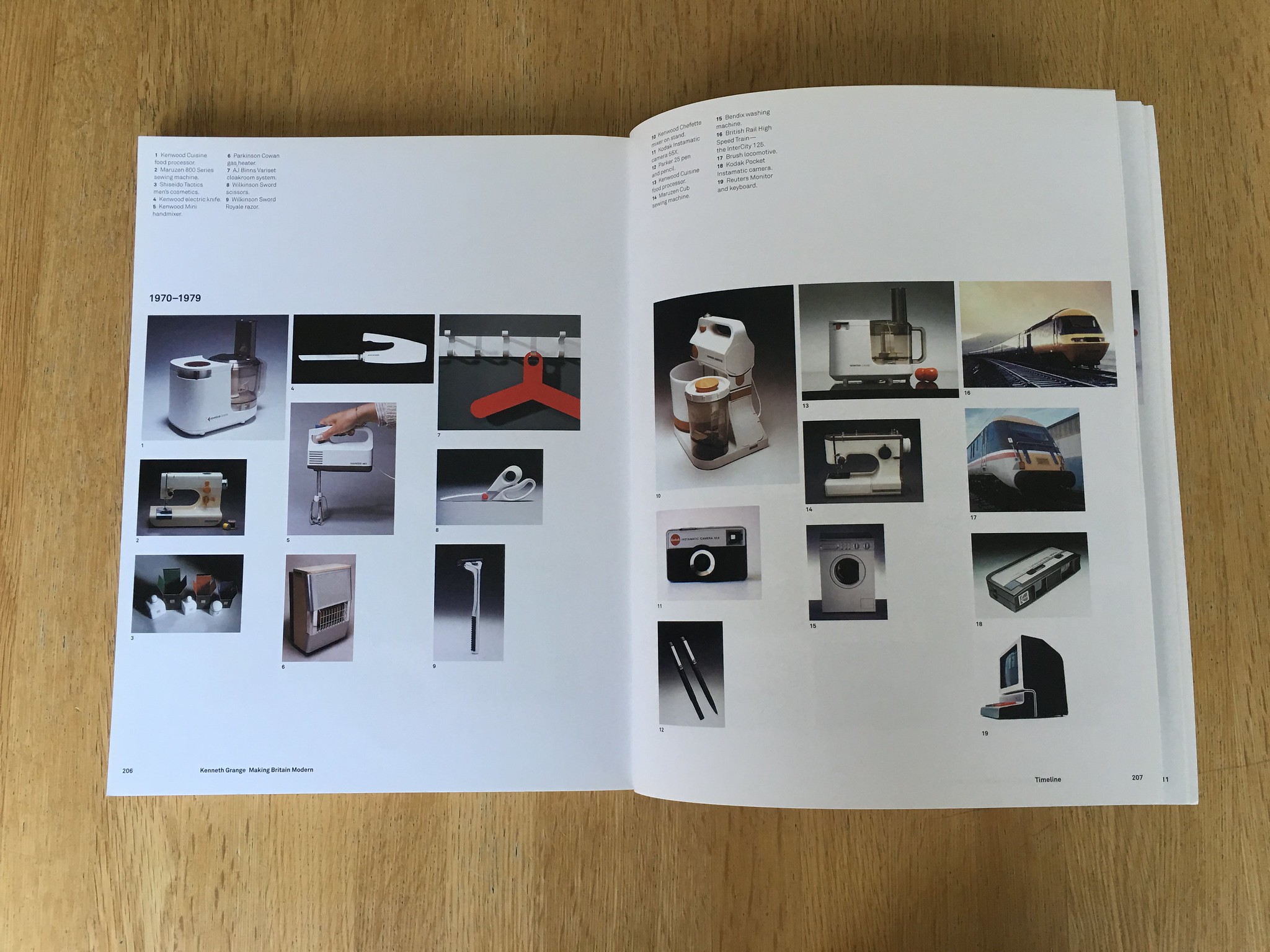 Interviews, opinion pieces, timeline and sketches - it's a good format for a design monograph. Functional, simple and more approachable than most. A fitting book for the man himself. I'd like to read this book.

You can buy Kenneth Grange: Making Britain Modern from Amazon.

Posted at 12:25 in Reviews of books I’ll never read | Permalink