A banker's view on why Amazon is the scariest competitor 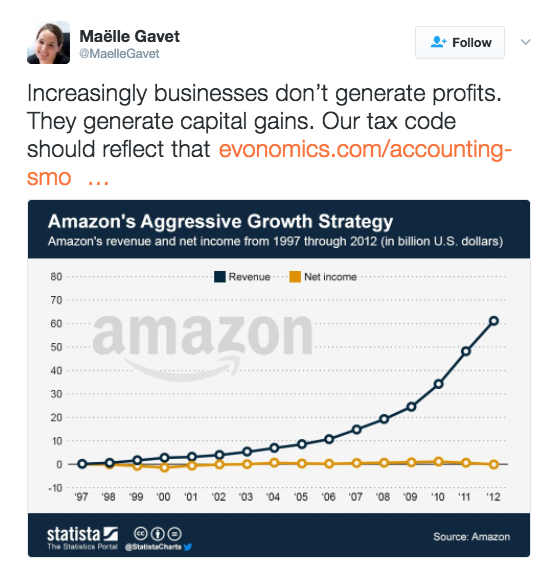 A while back, maybe 6 or 7 years ago, I want to a conference about private equity to help out a friend. I was only needed for 30 minutes but ended up staying all day. Fascinating to spend a day listening in on discussions you know nothing about.

The conference was all bankers and consultants. I’m the only one not in a tie. You get the picture. One panel discussion was about the internet giants. And something one of the financiers said has stayed with me all that time.

The theme of the discussion was what to do if Google / Amazon et al come for your business. The consensus seemed to be get out as quickly as you can. There was a sobering anecdote from Tom Tom about free turn by turn nav. All fairly usual stuff.

And then someone said that by far the most scary was Amazon. By miles. He explained that the behaviour of these companies was tolerated because they made loads of money or held the promise they would make loads of money in the future. Google could do what it wanted because it was like printing money for investors. But if GOOG etc started to overreach then the profits would decline and markets would force them to course correct. Scrutiny would increase. That’s the good thing about markets. That what they’re supposed to do. (Remember this is about the most capitalist environment it’s possible to be in.)

But Amazon was different.

He couldn’t understand why the markets tolerated this. By “tolerate” he meant that the share prices kept rising, but there was no clear path to profit and no indication that anyone at Amazon was bothered about that. He understood the theory about marketing share, Everything Store - all that - but 20 / 25 years?

So, he concluded, you have a company who could fund expansion by share price growth, in a market that didn't demand any profit any time soon.

That’s unprecedented. And that is the most scary competitor imaginable.