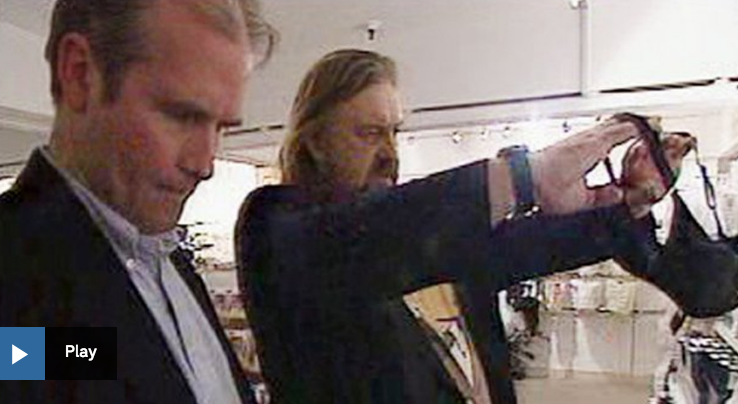 1. Abstract is the Netflix series on design everyone is watching. For decades designers have complained that there isn’t a series on TV about design. This is now nonsense, the web is full of video about design, high quality conference talks and the like. But of course what they really mean is a prime time BBC series about design, preferably just before Newsnight. (They mean Better By Design starring Seymour Powell from 2000, 17 years ago.)

What Netflix have done is make is compelling TV that's easy to access. It's good. I haven’t watched them all yet, and I’m particularly looking forward to the Es Devlin episode.

Abstract: The Art of Design

2. “Before last year, Amazon wasn’t really even in the film business. “We went from not existing theatrically to releasing 15 movies and having seven Oscar nominations,” says Jason Ropell, Amazon’s worldwide head of motion pictures."

How many other organisations could do that? Easy to say they’ve just thrown money at it, but I can’t imagine BP or Goldman Sachs obtaining seven Oscar nominations in that time.

3. IF is a design studio that helps people think about privacy and security. They do what all good design companies do these days and think via prototyping. This series about designing for new digital rights is particularly good.

Following on from that this meet up this is also a good idea, to talk about common design patterns and start building a community of designers around data permissions. A place for designers to learn and share. This is what the Design Council should be doing.

4. “I have a different problem with Google, which is that they never finish the job. This is especially true in their software. Google Docs is a good example. Google Docs is a really brilliant concept; it’s really well done. For the first time, multiple people can work on the same doc at the same time. But I can never find a Google Doc.”

That's certainly true for me. Too short an article, but Don Norman on Apple etc is still interesting. Beware, it's one of those annoying web pages where everything moves around for five minutes before you can start reading.

Don Norman - What Apple, Google, And Tesla Get Wrong